The astronaut helmed Columbia solo as Neil Armstrong and Buzz Aldrin set foot on the Moon. 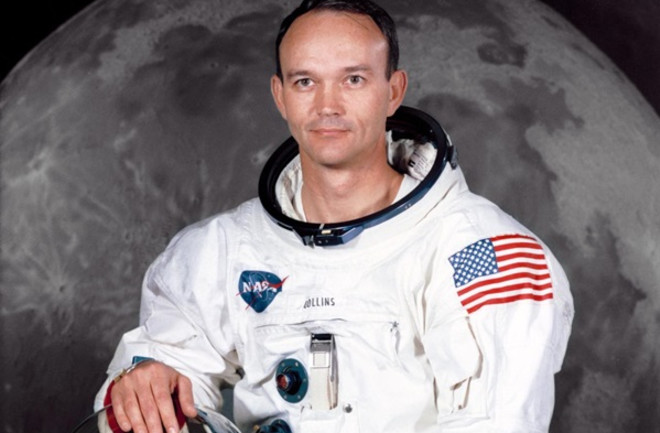 Michael Collins, the astronaut dubbed “the loneliest man in history” for his role piloting the orbiting command module of the Moon-landing Apollo 11 mission, died on April 28 at the age of 90. The cause was cancer, according to a statement from his family.

“Today the nation lost a true pioneer and lifelong advocate for exploration in astronaut Michael Collins,” said acting NASA administrator Steve Jurczyk in a statement that saluted both Collins' exploits as a pilot and his later writings and stewardship of the Smithsonian Institute’s National Air and Space Museum. “Whether his work was behind the scenes or on full view, his legacy will always be as one of the leaders who took America's first steps into the cosmos,” said Jurzyk.

He grew up in Washington, D.C., and, after attending the U.S. Military Academy at West Point, joined the Air Force in 1952, training to fly F-86 Sabre fighter jets. The Korean War was halted before Collins saw combat, but he eventually accumulated enough flying hours to become a test pilot at Edwards Air Force Base in California — the aviation hotbed where many aspiring astronauts demonstrated they had “the right stuff.” Collins joined NASA in 1963 as part of the young space agency's third class of astronauts. He first ventured to space as pilot of Gemini 10, under commander John Young, in 1966. The mission became the first to dock with multiple spacecraft — two separate Agena target vehicles that had been launched to a similar orbit for docking practice — setting a spaceflight record for altitude in the process.

The second Agena had originally served as a target vehicle for Gemini 8, which was forced to undock and abort its mission after a stuck thruster. When Collins performed a spacewalk to retrieve a micrometorite experiment from the target vehicle, he became the third U.S. spacewalker.

Collins trains for Apollo 11 in the command module simulator with a technician. (Credit: NASA/Johnson Space Center)

Of course, Collins was best-known for his duties on Apollo 11 in July 1969: When Neil Armstrong and Buzz Aldrin flew the lunar module down to the surface of the Moon, Collins remained behind in the orbiting command module, Columbia, making visual and photographic observations of the lunar surface.

Despite not walking on the Moon, Collins was recognized for his articulate writings and reflections on the experience. After Apollo 11’s return, a short speech that he delivered to a joint session of Congress caught the attention of U.S. Secretary of State William Rogers. In November 1969, at Rogers’ urging, President Richard Nixon nominated Collins to head public affairs at the State Department, despite Collins’ lack of journalistic or foreign policy experience. At Foggy Bottom, he was tasked with converting his space-age celebrity status into being a liaison of sorts with the public, especially with students protesting the ongoing war in Vietnam.

It was a position Collins eventually felt ill-suited for, and after little more than a year, he requested a transfer. He wanted to become the first director of the National Air and Space Museum, which at the time was just in the planning stages. Collins shepherded the museum through its construction to its opening in 1976. Today, it is the most visited of the Smithsonian’s national museums — and it also continues to exhibit Columbia, the ship that Collins piloted around the Moon. Of course, Collins was best-known for his duties on Apollo 11 in July 1969: When Neil Armstrong and Buzz Aldrin flew the lunar module down to the surface of the Moon, Collins remained behind in the orbiting command module, Columbia, making visual and photographic observations of the lunar surface.

For his time spent orbiting the Moon alone, Collins became something of a pop culture muse, an avatar of isolation. “Not since Adam has any human known such solitude as Mike Collins is experiencing during this 47 minutes of each lunar revolution when he’s behind the Moon with no one to talk to except his tape recorder aboard Columbia,” a NASA public affairs officer quipped during the mission.

The truth was Collins was “very happy with the command module,” as he told Astronomy in 2019: “In a way, I thought that it was like a little miniature cathedral. … The altar was really our guidance and navigation station, and we didn’t have any clerestory windows, but we had nice lighting inside, and it was an elegant, sturdy, spacious place.

“It was my home. I was king, and you know, like most kings I had to be careful. Like, there goes fuel cell No. 3 acting up again.”