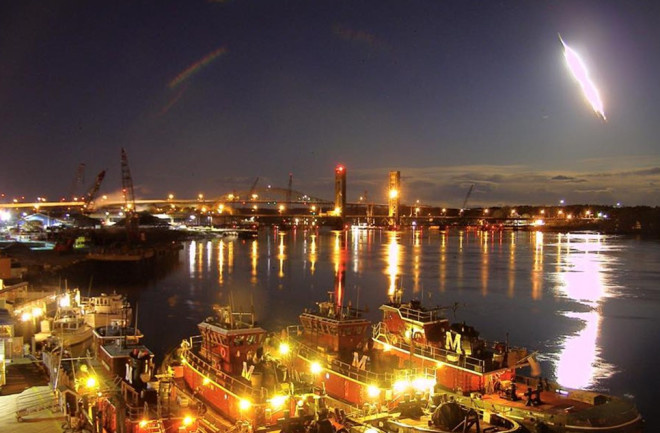 May 17, 2016, AMS Event Have you ever glanced up at the night sky, at just the right moment, and seen a streak of bright light dart across the heavens and disappear? The next time you do, instead of making a wish upon the “shooting star” (or maybe just after making your wish), consider reporting your observation to the American Meteor Society (AMS). And that "next time" could be now, as Earth is crossing paths with the comet Swift-Tuttle this month, bringing about the beautiful Persied meteor shower, with peak meteor shower viewings promised for Aug. 11 and 12. Founded in 1911, the AMS is a nonprofit in New York dedicated to promoting professional and amateur scientific research about meteors and is one of the longest-running citizen science programs in the country. The organization has several computer applications that allow people around the globe to help conduct research on meteor showers and on individual meteor events called fireballs. “When people see a meteor, they are captivated and want to learn more and share what they observed with others,” said Mike Hankey, AMS’s Operations Manager and an amateur meteor enthusiast and meteorite hunter. “Our apps allow them to report what they saw.” By participating in these programs, citizen scientists are helping astronomers better understand the origins and nature of our planet and our solar system and prepare for future encounters with these rocky cosmic visitors. Meteoroids are the smallest members of our solar system and range in size from rocky asteroid and dusty comet material to smaller bits called micrometeoroids. When meteoroids hit Earth’s atmosphere, they excite atoms in the atmosphere and create a brief flash of light called a meteor. Most visible meteors are caused by particles about the size of small pebbles or grains of sand and it is a meteor’s speed (25,000 to 160,000 miles per hour) rather than its size that produces the energy needed to make so much light. Meteor showers come from comets. When a comet swings by the sun, some of its frozen gas melts, releasing lots of particles that follow the comet in a tail. When the comet hits Earth’s atmosphere, the tail bursts into a stunning show of meteors all traveling in the same direction. Because scientists are often able to predict when Earth’s orbit will cross a comet’s orbit, we often know ahead of time when to watch for a meteor shower. Really bright meteors, those that shine as brightly as the planet Venus, are made from bigger particles and are called fireballs. The AMS offers two different projects, a phone app and an online form, for citizen scientists to record siting’s of meteor showers and fireballs. Participants are asked to rate the meteor’s brightness, color, duration, length across the sky, and where in the sky the meteor started and finished. They can also use the phone app to point the phone at the place where the meteor was observed and swipe their finger in the direction it moved. The information AMS citizen scientists collect is important because most professional astronomy projects only study larger celestial objects, leaving a gap in research that is filled by citizen science, Hankey said. In addition, the data they collect is used immediately. “We collect this information and hand it to the world almost as soon as the event happens,” Hankey said. Partners who use this data include the Meteoritical Society and the International Meteor Organization. Scientists use a collection of individual AMS meteor siting’s of an event to triangulate where the meteor was in the sky and also where on the ground they should look for meteorite fragments. Meteorites are the rarest material on Earth and by analyzing them scientists were able to discover how old our solar system is, that the earth’s core is made of nickel and iron metal, and that the building blocks of life likely travelled here on the backs of meteorites. The research also helps scientists learn more about how to anticipate and respond to future large meteorite events that can cause damage, like the fireball that exploded in 2013 over the Russian city of Chelyabinsk. Beyond the scientific value, though, watching meteors and hunting for meteorites is just really fun. A few years ago, Hankey used information that was gathered by AMS citizen scientists to visit a meteorite site in Florida, where he discovered his own meteorites.