The Mercury 13 aced the same tests as male astronauts, but decades would pass before American women flew in space. 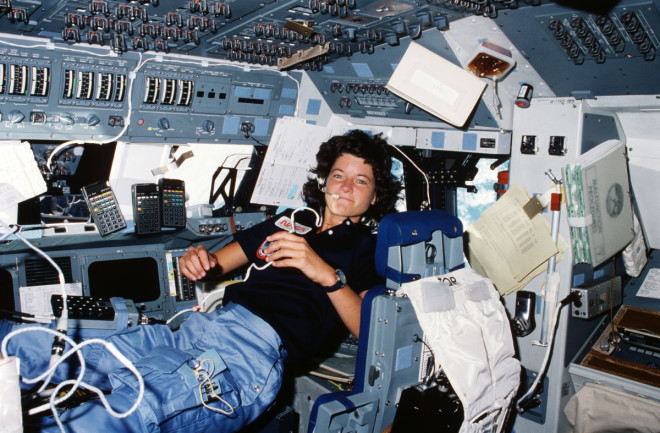 Neil Armstrong took one small step for man in 1969, but it would be decades before NASA made one giant leap for American women.

The agency’s first team of astronauts, dubbed the Mercury 7, were selected in 1959 after passing a strenuous series of fitness and medical exams. No women were asked to participate, but a year later, William Randolph Lovelace, the doctor who had designed the qualifying exams, invited seasoned pilot Jerrie Cobb to complete the same qualifiers.

Pilot Jerrie Cobb was the first woman to undergo astronaut testing, though she never flew in space. (Credit: Associated Press)

The testing was intense, including having ice water blasted into her ears to induce vertigo and a rubber tube slid down her throat to test her stomach acid. She passed with flying colors, and within a year, 12 more female pilots not only had passed, but often exceeded the test scores of the Mercury 7. Decades later, this group would be nicknamed the Mercury 13.

Further exams were scheduled at the Naval School of Aviation Medicine, but were abruptly canceled; without an official NASA request, the school would not host Lovelace’s privately funded testing. Cobb set off for Washington, D.C., to lobby for the project. In 1962, she testified before the House Committee on Science and Astronautics hearing on sex discrimination, saying, “There were women on the Mayflower and on the first wagon trains west, working alongside the men to forge new trails to new vistas. We ask that opportunity in the pioneering of space.”

But NASA’s policies stood: Astronauts had to be graduates of military jet test-pilot programs, effectively barring women. Though over a thousand women had flown during World War II as part of the Women Airforce Service Pilots, they were considered civilians, and no branch of the military had subsequently allowed female pilots.

Ultimately, the U.S. suffered a space race defeat when the Soviets launched cosmonaut Valentina Tereshkova into orbit in 1963. Another 20 years would pass before NASA sent Sally Ride to space aboard the shuttle Challenger, finally realizing the dream of the Mercury 13.

[This story originally appeared in print as "Women Fight for Flight."]