Genomic research is writing the story of our most enigmatic cousins. 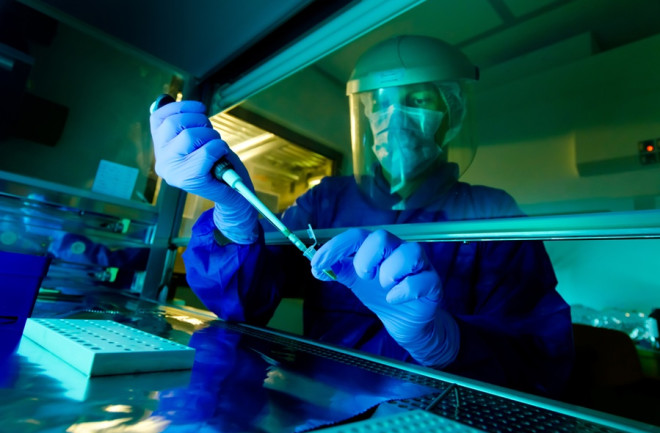 The bone was no bigger than a coffee bean. It was a bit of pinky from a young girl that could have easily been missed among the thousands of bones dug up by archaeologists at the site each year.

Yet the unassuming fossil made it out of Denisova Cave in Siberia’s Altai Mountains and into the Max Planck Institute’s ancient DNA laboratory in Leipzig, Germany, where in 2010 it yielded a complete genome of a previously unknown type of human.

“No one had suspected such a population was out there,” says geneticist Matthias Meyer, who worked on the specimen.

That partial finger bone was the first evidence of the Denisovans, a distinct branch of the Homo family tree, whose members mated with both Neanderthals and modern humans during the past 100,000 years. Denisovans may have roamed vast expanses of Asia with tools as sophisticated as those made by modern humans at the time. But years have passed since the discovery of the Denisovans, and the only tangible evidence of them is still that pinky nub and three additional molars from the same cave.

The little finger belonged to someone who was still growing, but is otherwise nondescript. The molars are big — larger than those of any recent humans and within the range of pre-human Australopithecines who lived millions of years ago.

Aside from these scant clues, everything we know about Denisovans comes from their DNA. Never before has the history of an extinct human been told by its genome, rather than its fossils and artifacts. It’s “a new era in anthropology,” says Meyer.

A molar that belonged to an ancient Denisovan. (Credit: Max Planck Institute for Evolutionary Anthropology)

Defined by Their DNA

Meyer and his Max Planck colleagues have successfully extracted DNA from all four Denisovan fossils and determined that the specimens came from different individuals. Based on accumulated genetic differences among them, two of the individuals lived roughly 65,000 years before the others; the Denisovan lineage was around for quite some time.

Denisovans, Neanderthals and modern humans descend from the same population of ancestors, who most likely lived in Africa between 550,000 and 765,000 years ago. Some of these early humans spread to Eurasia, where they split into Neanderthals in Europe and Denisovans in Asia.

Denisovans were “like an Eastern cousin” of Neanderthals, says Meyer.

For some period after that initial dispersal, the human groups — now divided geographically — were evolving into distinct species. Had they stayed separated longer, they would have naturally accumulated too many genetic differences to mate successfully.

A partial finger bone, replicated here, and a molar from the same site in Siberia are among the scant remains of the mysterious Denisovans. (Credit: Max Planck Institute for Evolutionary Anthropology)

But before this complete speciation could occur, the three human lineages crossed paths and chromosomes: There were numerous episodes of interbreeding between the groups. Denisovans also harbor a small amount of especially exotic DNA, probably from breeding with “super-archaic” humans that split from the others over 1 million years ago. That’s right around the time that an earlier form of human, Homo erectus, settled in Asia. It’s possible this Asian Homo erectus stuck around and was the super-archaic species that mated with Denisovans when they reached the East.

“What we might be seeing is quite substantial mixtures of quite divergent populations,” says David Reich, a Harvard geneticist who led data analysis of the Denisovan genome.

By this time — more than 100,000 years ago — Neanderthals and modern humans had advanced cognitive abilities, indicated by the complexity of their tools and hunting strategies. Because Denisovans are so genetically similar to the other humans, researchers assume they were also “a very capable species,” says Reich.

Even so, archaeologists can only speculate about what kind of tools they made or technologies they mastered. Over the past 100,000 years, Denisova Cave was frequented by Denisovans as well as Neanderthals and modern humans. Plenty of artifacts have been found there, but it’s difficult to sort out who made what, explains archaeologist Nicolas Zwyns of the University of California, Davis.

Zwyns visited the Siberian cave in 2009 to study stone tools from its Eastern Gallery, where the Denisovan fossils were found. At the time, all the tools were thought to belong to Neanderthals or our own species. When the Denisovan genome was announced in 2010, “everything became more complicated. . . . It was quite a different ballgame,” he says.

In the same excavation layer as the Denisovan fossils were artifacts showing a range of technological skill: There were thick, triangular stone points, typical of Neanderthals of the so-called Middle Paleolithic tradition. And then there were slender stone blades, bone points and beads — artifacts made almost exclusively by modern humans of the Upper Paleolithic tradition.

Although it’s possible that Denisovans made the Upper Paleolithic goods in Denisova Cave, Zwyns believes it is more likely that they are responsible for the less-advanced artifacts.

As it stands, Denisovans are “a genome in search of an archaeological record,” says Reich.

Pinning down when Denisovans were in Denisova Cave is equally challenging. The pinky and teeth fossils were too precious for radiocarbon dating, which would have fully destroyed the small samples during the process. Finding larger human bones will be a feat. Hyenas have chomped to pieces most of the bones in the cave, making it hard to distinguish humans from other animals. Of the more than 130,000 bones excavated between 2005 and 2013, only 5 percent could be identified as a specific animal.

“There’s certainly more [humans] at the site,” says Katerina Douka, an Oxford archaeologist working on dating the cave’s inhabitants. “It’s just a matter of sifting through hundreds of thousands of bones.”

Clues in the Living

Outside of Denisova Cave, there is one more place researchers have found clues about Denisovans: in our current gene pool. As a result of ancient interbreeding, people living today on islands of Southeast Asia and Oceania have genomes with up to 6 percent Denisovan DNA. Some mainland East Asians also show a trace — less than 1 percent — but no Denisovan ancestry has been detected in populations currently living close to the cave.

This suggests that Denisovans moved about Asia, surviving in environments from the mountains of Siberia to the tropics of Australasia.

Researchers gather in the Eastern Gallery of Denisova Cave, a location that has yielded thousands of artifacts and bones, including all of the fragmentary fossils of Denisovans yet known. (Credit: Sergey Zelinsky and the Siberian Branch Russian Academy of Science)

But they may have been especially built for the mountains, adapted to elevation and cold. A unique version of the EPAS1 gene, which regulates blood hemoglobin, allows Tibetans to live without difficulty in oxygen-thin environments above 13,000 feet. Remarkably, the ancestors of Tibetans must have inherited this vital gene from Denisovans. The long stretch of DNA that encompasses the gene in Tibetans is different from any other living human groups and almost identical to Denisovans.

“It couldn’t really happen any other way than interbreeding,” says Rasmus Nielsen of the University of California, Berkeley, a lead scientist of the discovery, which was published in Nature in 2014.

Native Tibetans are uniquely adapted to the cold air and high altitudes of mountain living due to a gene inherited from the Denisovans. (Credit: Aleksandra Alekseeva/Shutterstock)

Nielsen’s team also recently identified DNA that looks to be Denisovan in Inuit people from Greenland. The sequence contains genes related to body fat distribution, important for surviving the cold.

Researchers have thought for some time that genes inherited from Neanderthals, related to skin color and body hair, helped African modern humans adapt to Ice Age Europe. It’s now becoming clear that Denisovan DNA also played a role in our successful spread across the planet.

The more researchers draw the story of Denisovans from their DNA, the more it proves to be tangled with our own evolutionary history. But the Denisovans may have never been known, had it not been for the genome of that pinky. Fathom how many other surprises may be hiding in the millions of scrappy bones collected by archaeologists around the globe over the years. The remains of other unknown humans may be boxed away in storage, waiting to be added to our family tree.

Denisovan DNA pops up in the strangest places. In addition to being in the genomes of present-day people of Southeast Asia and Oceania, DNA related to Denisovans was found in 400,000-year-old fossils from Spain — nearly 5,000 miles from Denisova Cave.

The fossils belong to a collection of at least 28 hominins discovered at the bottom of a 40-foot cave shaft known as Sima de los Huesos, the “Pit of Bones.” The bones account for most of the human fossils ever discovered from the Middle Pleistocene, the period 120,000 to 780,000 years ago during which modern humans, Neanderthals and Denisovans split into distinct lineages.

The Sima hominins were assumed to be Neanderthal ancestors based on physical similarities and the hominins’ location in Europe, where Neanderthals most likely later evolved. Recent analysis of Sima nuclear DNA confirmed this ancestry claim. However, the mitochondrial DNA (mtDNA) — a small segment of maternally inherited DNA outside the main nuclear sequence — is more closely related to Denisovans than Neanderthals.

Because mtDNA is inherited only from mothers, particular versions of it can be lost between generations if women carrying those segments don’t have children. So the Sima mtDNA might have been present in the last common ancestor of both Neanderthals and Denisovans, but over time, lost in Neanderthals. This could happen by chance, or if Neanderthals were mating with yet another unknown group of humans. In either case, the mtDNA of Denisovans and Sima hominins points to a Middle Pleistocene family tree more tangled than we could have guessed based on the fossil record alone.