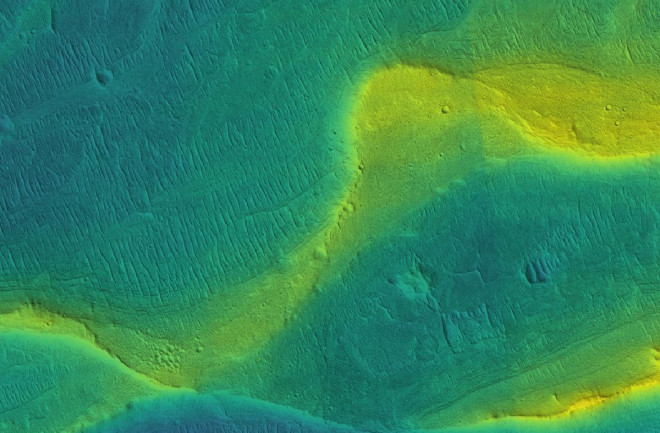 Mars, it now seems, was once a very wet world.

A new global study of ancient riverbeds on the Red Planet shows they’re wider than Earth rivers, on average, and once carried large volumes of water across the planet. Scientists were surprised to find they also flowed recently, perhaps within the past billion years.

That’s well after astronomers think Mars began losing its atmosphere to space, causing the world to dry out. It’s not clear how a planet with minimal sunlight and a slight atmosphere stayed warm enough to host even a little surface water — let alone fast-flowing rivers.

The findings appeared in March in the journal Science Advances.

Lead author Edwin Kite of the University of Chicago says that if the data are correct, something else in our comprehension of the planet must be wrong. Maybe the rivers are older than researchers think. Or perhaps Mars dried out much faster than current theories suggest. Or, Kite says, some unknown process also may have kept Mars warm long enough for large rivers to flow, even after most of its atmosphere had disappeared.

“All three options are uncomfortable,” Kite says. “All three of these solutions would require significant revision of our current understanding.”