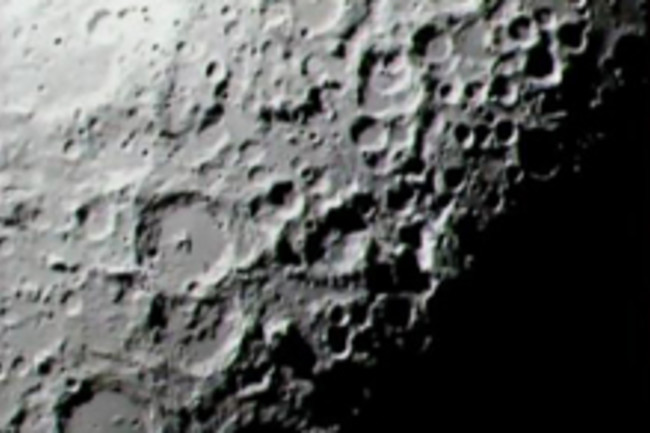 NASA successfully crashed two objects into the moon early this morning, in an attempt to kick up the dust so it could be checked for traces of water ice. At 7:31 a.m. EST, an empty rocket hull plummeted towards the surface at 1.5 miles per second and plowed into a crater near the moon's south pole, where it was expected to create a mini-crater half the size of an Olympic swimming pool. It was trailed by the LCROSS probe, which was supposed to take pictures of the first impact, fly through the dust plume, and then crash into the moon itself. According to early reports, the whole procedure went fine--except for one of the flashier details. The live feed of images that LCROSS was supposed to beam back to Earth--and that earthlings were waiting for with baited breath--didn't arrive on schedule.

Screens got fuzz and no immediate pictures of the crash or the six-mile plume of lunar dust that the mission was all about. NASA officials said their instruments were working, but the planned live photos were missing.... People who got up before dawn to look for the crash at Los Angeles' Griffith Observatory threw confused looks at each other instead. Telescope demonstrator Jim Mahon called the celestial show "anticlimactic" [AP].

Despite the visual fizzle,

scientists said the instruments on the spacecraft did detect a signature from the plume, which they interpreted as a good sign. Finding water on the moon would be as valuable as a gold mine, according to scientists, because it would mean that future lunar colonists would not have to transport it from Earth, at a cost of $50,000 a pound. But scientists said it could be days or even weeks before they have a definitive answer [Los Angeles Times].

The impactor targeted a permanently shadowed crater near the lunar south pole in hopes that it would contain ice that had been deposited by past comet strikes. But there may be another source of water on the moon. Earlier this month, surprised researchers reported that several spacecraft had detected the hydrogen signature for water all across the lunar surface, which may be produced in the top millimeters of soil when hydrogen particles in the solar wind interact with oxygen in the soil. Related Content: Bad Astronomy: LRO about to hit the moon! Bad Astronomy: Change of address for LCROSS 80beats: Solar Protons + Lunar Dust = Lots of Water on the Moon 80beats: NASA to Moon: We’re Back. Got Any Ice?Image: NASA