NASA to Moon: We're Back. Got Any Ice? 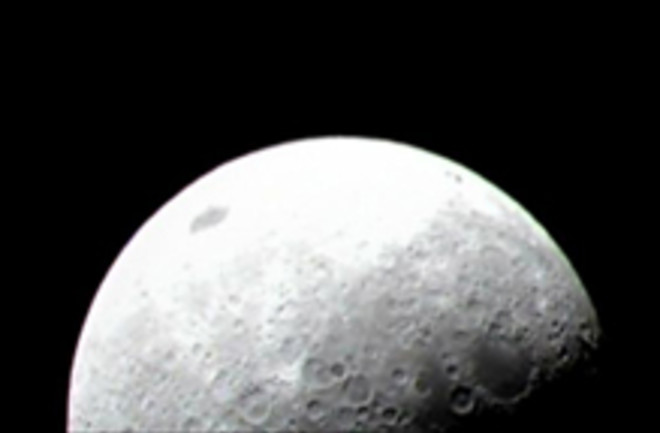 Five days after their launch, NASA's two new lunar probes have successfully rendezvoused with their target. The Lunar Reconnaissance Orbiter fired its thrusters this morning to settle into orbit around the moon, while the Lunar Crater Observation and Sensing Satellite (LCROSS) swung past the moon, streaming live video all the while. (NASA promises to put the video playback online soon.) The paired satellites will spend the next year mapping the moon and searching for traces of water ice, culminating in a dramatic crash when LCROSS plunges into a crater. But for now, NASA is busy celebrating the successful first steps. The $504 million LRO is the first NASA vessel to orbit the moon since 1998. "

LRO has returned NASA to the moon," a flight controller said as NASA's LRO mission control center erupted in applause. The probe's lunar arrival comes just under one month ahead of the 40th anniversary of NASA's first moon landing by Apollo 11 astronauts on July 20, 1969 [SPACE.com].

After two months of instrument calibration, LRO will point its cameras and other imaging instruments at the surface, paying special attention to deep polar craters that are in permanent shadow.

It had been suggested as far back as 1961 that water ice might exist on the moon in areas that are never exposed to sunlight. Water left over from the moon’s infancy or deposited there by meteorites or comets could have just stuck around in the craters at temperatures that never rise above minus-280 degrees Fahrenheit [Wired.com].

But prior probes have sent back mixed messages. First the 1998 Lunar Prospector reported high concentrations of hydrogen at the poles, suggesting water ice, but more recently the Japanese probe Kaguya took pictures of the polar craters and spotted no visible ice--although ice could be buried beneath the soil, researchers noted, as on Mars. To get to the root of that conundrum, the $79 million LCROSS will swing around the moon in an elongated Earth orbit, positioning itself for a crash landing near the moon's south pole on October 9.

The impact is intended to create a pair of debris plumes that will be analyzed for the presence of water ice or water vapor, hydrocarbons and hydrated materials [SPACE.com].