Luna 15 Accompanied Apollo 11 to the Moon 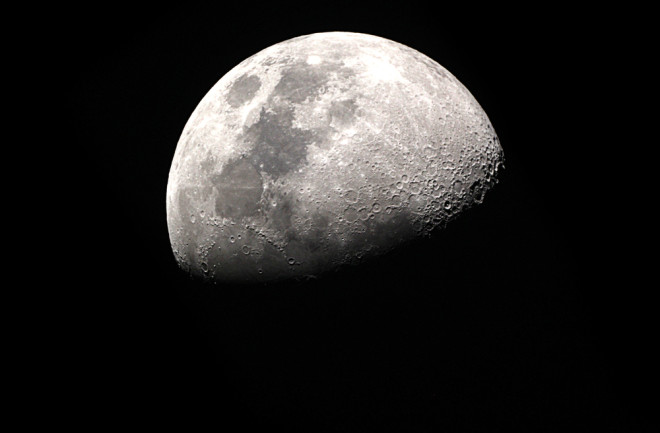 On July 13, 1969, Apollo 11’s Saturn V sat on launchpad 39A at Cape Canaveral. The pre-launch countdown was already underway though the actual final countdown wouldn’t start for another day and a half. Nevertheless, there was plenty of activity buzzing around the Cape, but the big news in space that day wasn’t the impending manned lunar landing attempt. It was Luna 15, the Soviet mission that would reach the Moon while Apollo 11 was in orbit.

The Luna program was conceived in 1955 by Sergei Korolev, the powerhouse behind the Soviet Union’s early successes in space. Years before he helped launch history’s first artificial satellite, he wanted to develop a multi-stage version of the R-7 rocket (the one that launched Sputnik). This version would be powerful enough to fly large, sophisticated spacecraft to the Moon to explore the surface before the Americans got there. The climax of the program as he conceived of it was a sample return mission.

(It’s worth taking a moment to point out that this simplistic architecture developed by Korolev in 1955 was strikingly similar to the final design of the Apollo missions… but I digress.)

Luna 15 was at least the second attempt at a lunar sample return mission; a previous effort in June had failed to reach Earth orbit. But it wasn’t limited to sample return. On its way to the Moon the spacecraft would study circumlunar space, the lunar gravitational field, the chemical composition of lunar rocks, and take a bunch of photographs.

Frank Borman and the Soviet Connection

NASA was worried about Luna 15, though not because the mission threatened to overshadow Apollo 11 or get in its way. Rather, the concern was that it might disrupt the agency’s communications with the Apollo 11 crew. If Luna 15’s orbit was too close to Apollo 11, it was possible it could interfere with the radio signals between Mission Control in Houston and the spacecraft. From what NASA could tell, based on its launch time and trajectory, it looked like Luna 15 and Apollo 11 would reach the Moon at about the same time.

What NASA needed was trustworthy information about Luna 15 to be sure there wouldn’t be any problematic overlap between missions. To get that information from the notoriously secretive and guarded Soviet space program, NASA needed an inside man. Luckily, they had one in Frank Borman.

After becoming one of the first three men in history to fly to the Moon as the commander of Apollo 8 in December of 1968, Borman became the first NASA astronaut to travel to the Soviet Union. It was a goodwill visit in July of 1969 during which Borman lobbied for a joint U.S. and Soviet mission in space. He returned to the United States on July 10 after ten days abroad, bearing Soviet medals for NASA to leave on the Moon honoring two lost cosmonauts, Yuri Gagarin and Vladimir Komarov. He also returned with Soviet contacts.

The afternoon after Luna 15 launched, Borman was passing through Washington when he received a message from Chris Kraft. The Apollo flight director in Houston preparing for Apollo 11’s launch implored Borman to get in touch with someone who could confirm that Luna 15 wouldn’t disrupt Apollo 11’s communications. Kraft needed as much information on the mission as Borman could get.

Borman got through to head of the Soviet Academy of Sciences Mstislav V. Keldysh offices at 2 a.m. Moscow time. Keldysh called back early the next morning to pass a message through a translator that the requested information was on its way. Within hours, two identical telegrams arrived at Borman’s home and the White House containing specific details about Luna 15 including its intended orbit. It confirmed there was no threat to Apollo 11.

Luna 15 went into orbit around the Moon on July 17, two days before Apollo 11 arrived. While the world anxiously followed along with NASA’s updates about Neil Armstrong, Buzz Aldrin, and Mike Collins, astronomers at the Jodrell Bank Observatory in Manchester had a front row seat to the dramatic intersection of the two missions. Using the Lovell radio telescope, they were able to listen to communications between Houston and Apollo 11 as well as communications between Moscow and Luna 15.

On July 20th, about two hours before Armstrong and Aldrin in the Eagle separated from the Command Module Columbia, Luna 15 entered its 39th orbit around the Moon. The Jodrell astronomers listened as both the Eagle and Luna 15 adjusted their orbits. A little over an hour and a half later, as it began its 40th orbit, Luna 15 adjusted itself into a lower orbit; at the same time, the Eagle adjusted its orbit in preparation for landing.

When the Eagle landed, Luna 15 was still in orbit, as it was when Neil Armstrong took his first steps on the Sea of Tranquility. The Soviet spacecraft didn’t begin the dramatic climax of its own mission until Armstrong and Aldrin were back inside the Eagle after finishing their two hour walk on the surface.

As the first men on the Moon prepared to launch from the lunar surface, the Jodrell astronomers heard commands being sent up to Luna 15 from Moscow. The Soviet spacecraft was beginning its 52nd orbit and preparing to descend towards the surface… it wasn’t until this moment the English astronomers realized the craft was designed to land. They tracked the spacecraft in real time as it sped towards the surface, listened as it gained speed and finally crashed right into Mare Crisium, the Sea of Crises.

“I say, this has really been drama of the highest order,” remarked one Jodrell Bank astronomer when it was all over.

Had Luna 15 succeeded in its sample return mission, it still wouldn’t have overshadowed Apollo 11. Not only was the American mission manned where the Soviet mission was robotic, but Luna 15 was on a trajectory that would have had it land on Earth after the Apollo 11 astronauts had splashed down. Even a perfect mission wouldn’t have enabled the Soviets to secure the honor of having returned the first lunar sample.

Failure aside, the intersection between Luna 15 and Apollo 11, which is rarely if ever mentioned when discussing history’s first lunar landing, is an important moment with the Soviets readily sharing information with NASA. So while Luna 15’s role in Apollo 11 might not be the most exciting part of the mission, it nevertheless marked an early instance of Soviet-American cooperation in space.

This is a revisit of an article I wrote for DVICE that no longer exists because the website was shut down, and I wanted to bring it back for reference leading up to Apollo 11’s 50th anniversary! Here’s the original permalink if you want it! http://www.dvice.com/2013-7-12/when-apollo-11-met-luna-15-orbit-around-moon Additional sources: NSSDC on Luna; Air and Space Magazine; Jodrell Bank.