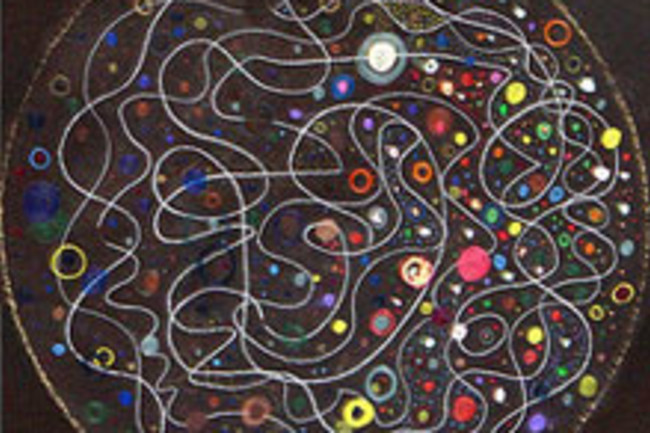 Scientist hoping to prove the existence of dark matter are bringing their search deeper underground, thanks to a lab that at certain points will reach nearly 8,000 feet below South Dakota's Black Hills. The laboratory is being constructed beneath an old goldmine, which itself was once the site of renowned physics research. The fact that it's sheltered from cosmic rays makes it a great potential locale for the mysterious dark matter particles, which may make up a quarter of the universe's mass and do not "feel" the electromagnetic forces that affect ordinary matter. According to the AP:

The research team will try to catch the ghostly particles in a 300-kilogram tank of liquid xenon, a cold substance that is three times heavier than water. If they tried to detect dark matter above ground, the highly sensitive detector would be bombarded by cosmic radiation. Scientists hope to start construction on the two deepest labs by 2012 and open them by 2016. The projects are expected to cost $550 million.

Learning more about dark matter could help physicists shed light on the Big Bang theory and clue us in to whether the universe is growing or shrinking. Heck, if we'd known an underground lab could potentially do all that, we might have started shoveling a long time ago. Related Content: Discoblog: LHC Collisions to Commence Next Week…Hopefully Discoblog: You Say Large Hadron Collider, I Say Sizeable Particle Crasher Discoblog: Only Two Months Old, Jupiter’s Third Red Spot Bites the Dust