Look at This: Before and After Pics from Curiosity's Laser Drill 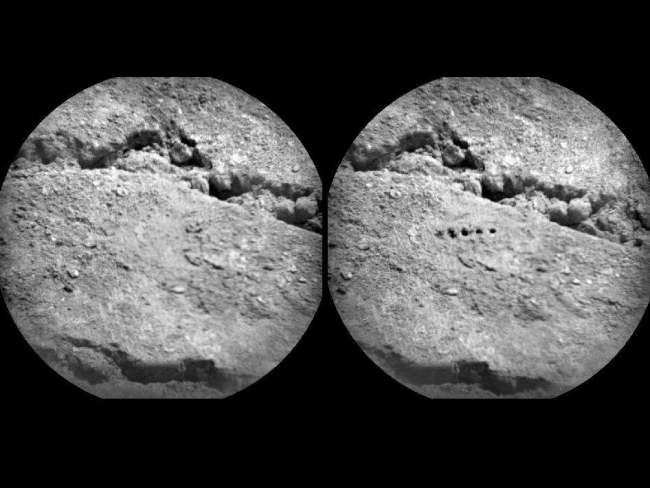 On the left, you see a perfectly innocent, three-inch wide section of Mars regolith, going about its business. On the right, you see the same regolith after being subjected to the ministrations of one of the Curiosity rover's most exciting tools, a laser drill. On August 25, the laser slammed into each of the five spots visible above 50 times. Each time, it struck with a million-plus watts of power for five one-billionths of a second

. This incredible power got the dust to glow, and from its glow, the rover's built-in spectrometer deduced the dust's chemical content. The preliminary results show that at first the dust from each of the five spots was similar, but as the shots went on, differences began to crop up between the spots. Stay tuned for lots more fascinating science from Curiosity---the journey's only just begun.