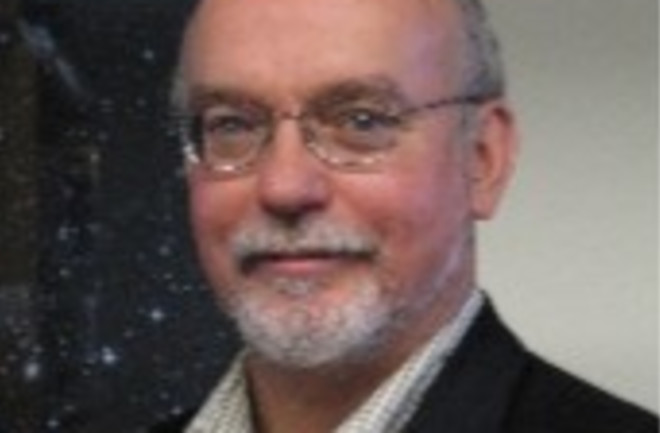 John Huchra, a leading astronomer at the Harvard-Smithsonian Center for Astrophysics, passed away on Friday. I'm not sure of the cause, but he had been suffering from heart problems; he was 61 years old. John was most obviously known for his scientific accomplishments, especially as a guiding force behind the CfA Redshift Survey. For you youngsters out there, this project was the pioneering effort at mapping the large-scale structure of the universe. It revealed, to the surprise of many, that there was a lot of structure out there! The iconic image of cosmology in the 1980's was the "CfA Stickman" reveal in the famous A Slice of the Universe paper by Valerie de Lapparent, Margaret Geller, and Huchra.

The stickman was not the universe being playfully anthropomorphic, it was simply the Coma cluster as distorted in redshift space. (You measure positions on the sphere of the sky, but velocities along the line of sight; converting these velocities to distances is inevitably distorted because galaxies in a cluster have peculiar motions inside the cluster.) Before this map was released in 1986, many people assumed that the galaxy distribution would be basically uniform on these scales. They shouldn't have thought that, in retrospect (you need to go to larger scales before the uniformity becomes apparent), but sometimes it takes real data to get a point across. The survey went on to discover the Great Wall of galaxies, arguably the largest known "object" in the universe. John had a number of other important contributions, including measurements of the Hubble constant and the discovery of Huchra's Lens, one of the most dramatic early examples of gravitational lensing. He was also very active in the community, serving as president of the American Astronomical Society and numerous other roles. But many of us will remember him mostly for his spirit and good humor. When I was a graduate student at CfA, he was one of the most friendly and helpful senior faculty members around, someone you were always happy to bump into in the hallways. There is a guestbook here for people to leave their reminiscences about John; he will be greatly missed.