Update: Totally snookered. Via Kieran Healy, the disappointing news that the Habermas account is fake. Yet more evidence that the internet is less than an ideal speech situation. ------------------------- I'm not the only person to find it endlessly amusing that Jürgen Habermas, octogenarian theorist of communicative rationality, has taken to Twitter. (The account seems to be legit, but it's hard to be sure.) This is so over-determined that just last year Lauren Fisher gave a presentation entitled "If Habermas could Twitter." Well, now we know. He's still trying to master the 140-character limit, though. Here's his latest set of tweets: 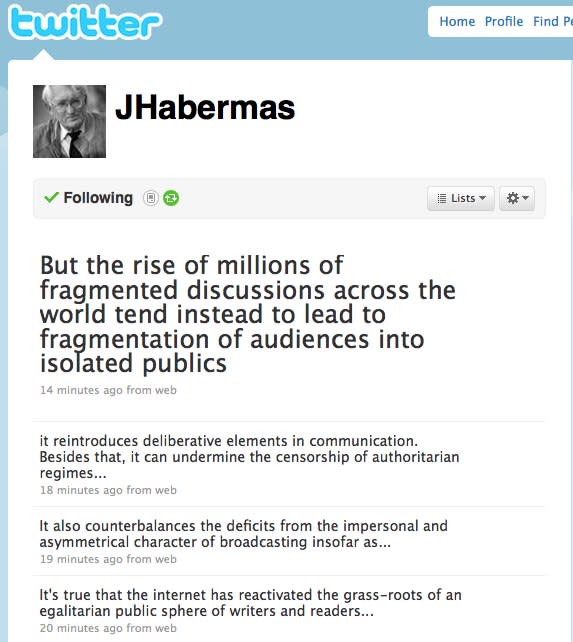 Well, yeah. The internet is (in some sense) an egalitarian public sphere, but it raises the danger of fragmentation into self-reinforcing interest groups. Remains to be seen how it will all ultimately play out.