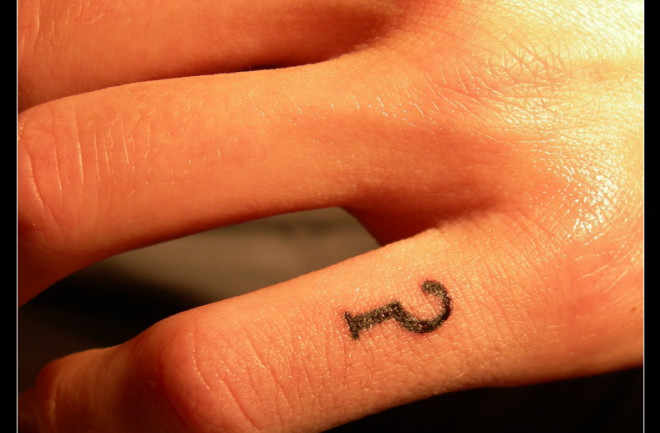 "I'm a PhD student in Historical Linguistics in Zürich, and I've got a glottal stop tattoo on the pinkie of my left hand. It is one of the letters of the International Phonetic Alphabet and it designates a specific consonant occuring in many languages of the world. To articulate a glottal stop, you need to stop the airflow by pressing your vocal cords together, build up pressure from the lungs, and then release the vocal cords with an audible burst. Many dialects of English have a glottal stop instead of /t/ in words like /cat/ or /butter/. It is common in German, too, where you can hear it in front in front of words starting with a vowel, like /Anna/ or /Eis/. I chose this tattoo because it represents my passion for linguistics, and because typograhpy in general, and the shape of this letter in particular, appeals to my sense of aesthetics."