Is A Subatomic World Possible And What Would It Look Like?

While the quantum world is not far away, shrinking down to the size of an atom to experience the quantum realm would be difficult for humans. 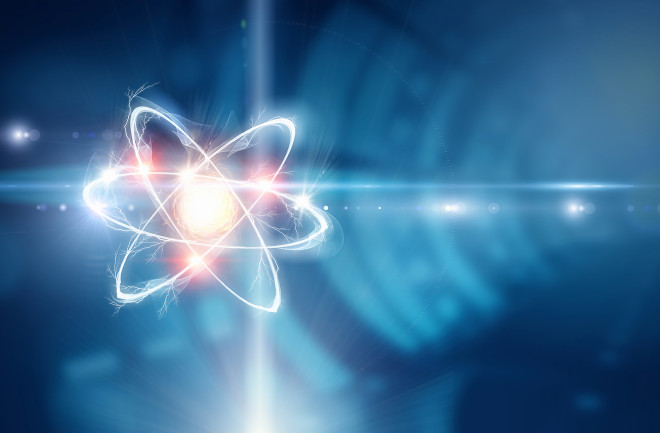 In 2022, three physicists won the Nobel Prize in physics for their work on “spooky” quantum entanglement. Some quantum seekers now envision having a Halloween party in the subatomic world. There, they hope to experience firsthand the weird quantum effects that have long stoked their imaginations.

But what would the subatomic world look and feel like, and how would you get there?

The good news is the quantum world is not far away. We live in it. The theory of quantum mechanics describes the entire universe, including the everyday world we are familiar with. However, at the macroscopic level, the weird quantum effects are relatively weak and hard to perceive.

To readily experience quantum weirdness, a human would have to shrink to about the size of an atom, says Jim Kakalios, a physics professor at the University of Minnesota. The problem with that is all atoms are about the same size and cannot themselves shrink. Humans are composed of about seven octillion atoms, and all those atoms would have to cram into a space the size of one atom. A shrunk human would be unimaginably dense.

Read more: What Is Quantum Entanglement? A Physicist Explains The Science Of Einstein’s ‘Spooky Action At A Distance’

“[Humans] would have to figure out some way to alter the fundamental constants of the universe to change the size of their atoms. There’s no way to do that,” says Kakalios.

But what if you did manage to evade the laws of physics and shrink to the size of an atom? “When you’re down to that size, your interactions with light will be very different from what you usually see,” Kakalios says. “Our eyes could detect single photons. […] Everything would be kind of staticky and weird instead of like a continuous stream. Single photons of light would strike your eyes like rain on a tin roof. How you would be able to process that is very hard to say.”

Two human eyes might compare to scientist Thomas Young’s double-slit experiments from the early 1800s, which are famous for leading us down the road to quantum mechanics. In the experiments, that were revisited in the 20th century, scientists sought to determine whether light is a wave or a stream of particles and found that light in fact acts as both a wave and a stream of particles. In one version of the experiment, one photon at a time was sent through the slits and a wave pattern formed over time on the photographic plate behind the barrier.

As light enters our eyes in the subatomic world, photon by photon, “I would guess you might see this weird fuzziness, and that you would have to stare at something for a while before you see a default pattern, and even then, the default pattern will be an interference pattern,” Kakalios says.

Entanglement might be easier to observe in the quantum realm and it occurs when you bring two identical particles together and then separate them carefully. “The two particles,” Kakalios says, “would be described by a single wave function even if you separate them by a large distance. And if you do something to one particle, the effects would be ‘instantly’ felt by the other particle because they’re still being described by one single wave function.”

However, Kakalios says the idea is impractical even considering future technology.

The quantum realm, Michalakis says, is a sort of hackable “source code of reality.” And “quantum physics says you’re allowed to do anything you can ever imagine if you know how to string things together. If you have the ingredients and the recipe, you can make anything you want,” says Michalakis.

Michalakis envisions a quantum-engineered future of superpowers, a quantum internet, states of matter that create little Lego blocks of reality, and much more, all derived from the quantum realm.

“What we want to do is create a macroscopic version of the quantum realm,” says Michalakis.

But according to Hideo Mabuchi, an applied physics professor at Stanford, “a built-in feature of quantum mechanics is that all of the really weird stuff only happens under the hood — you could never interact with it directly. Even if you could imagine shrinking yourself down to the size of an atom, you would never literally see or feel a particle to be in the superposition of two different positions […] what would that look or feel like? That’s not something that we’re wired to experience.”

Mabuchi is skeptical that any macroscopic life-size technology would ever behave in a way that’s quantum mechanical. “You would have to perfectly isolate large things from any environmental interference over long times,” says Mabuchi.

However, with virtual reality, Mabuchi thinks we could have a version of advanced microscopy. “You could […] use this scientific equipment and have a Halloween party in the atomic world, at least by a sort of by proxy. That’s something I […] could imagine might one day be reality,” says Mabuchi.

While we might want to shrink like Ant-Man, the virtual reality technology is not here yet. The closest we can get to an experience like the quantum-weird world may be a walk in the woods at night.

“Have you ever been in the woods on a moonless night walking around?” asks Lucas Wagner, a physics professor at the University of Illinois at Urbana-Champaign. “Your eyes sort of adjust, and you can sort of see things, [but] they’re just very, very dark. The edges of things start to get fuzzy, and they seem to be moving a little bit," he says. "I think given what I know of the physics, everything would be sort of like that [in the quantum realm].”