InSight Has Landed! Inside the Dramatic Touchdown 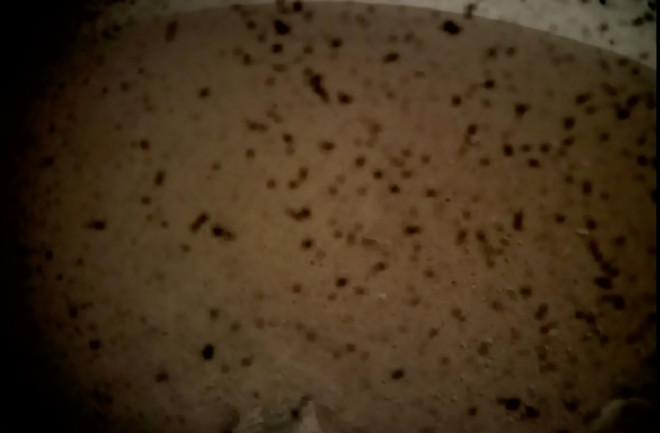 NASA’s InSight lander has endured almost seven months in space, traveling over 300 million miles in a strange but carefully calculated path from Earth to Mars. After it’s lengthy journey, the probe has finally and successfully touched down on the martian surface.

The InSight probe launched May 5 from the Vandenberg Air Force Base on California’s central coast. With a host of scientific instruments on board, the lander will study the Red Planet’s interior, gathering groundbreaking data about Mars’ composition and how tectonically active the planet is.

At 2:54 EST, InSight — which stands for Interior Exploration using Seismic Investigations, Geodesy and Heat Transport — landed on Mars. In its descent towards the martian surface, the probe first entered Mars’ atmosphere, 80 miles above the surface. At about seven miles up, InSight then deployed a giant parachute to help to decrease speed as the craft neared the surface. Less than a minute later, InSight’s 12 retrorockets fired, providing the probe with an additional braking force, and allowing it to settle neatly onto the planet’s surface.

NASA engineers were forced to wait until the landing was over to know if it was successful, though, as there’s an eight minute delay in communications between Mars and Earth, and the landing only took about seven minutes. So, from when the craft entered Mars atmosphere until touchdown, JPL engineers anxiously crossed their fingers, not knowing the status of the craft. For these seven long minutes, dubbed the “seven minutes of terror,” the engineers waited to confirm if the probe landed safely which, thankfully, it did. “It was intense, and you could feel the emotion,” NASA Administrator Jim Bridenstine said in the NASA landing Livestream about the landing success. This tension quickly turned to excitement once InSight landed, however.”The enthusiasm here is incredible,” Bridenstine said.

The InSight mission team waited and “watched” for the probe’s landing by monitoring InSight’s radio signals with radio telescopes on Earth and a variety of spacecraft, according to a NASA statement. Two of these spacecraft,  known as Mars Cube Ones, or MarCOs, will work to hopefully transmit an image from InSight of the martian surface immediately after landing. Additionally, the mission team is hoping to have more images approximately five hours from now.

InSight’s first few moments and hours on the Red Planet won’t be as eventful as the probe’s nerve-wracking descent and landing. In fact, it will be two to three months before InSight’s robotic arm even sets its instruments on the martian surface, according to a NASA statement.

“It’s taken more than a decade to bring InSight from a concept to a spacecraft approaching Mars — and even longer since I was first inspired to try to undertake this kind of mission. But even after landing, we’ll need to be patient for the science to begin,” Bruce Banerdt of JPL, InSight’s principal investigator, said, according to the NASA statement.

But, while researchers will have to wait patiently for scientific data, InSight will still be able to capture valuable information soon after landing. Before its scientific instruments can deploy, InSight will photograph and survey the terrain and environment surrounding it. This will allow NASA engineers to monitor Elysium Planitia, InSight’s “perfect,” “vanilla” landing site.