In Repurposing Kepler, NASA Has Lots of Practice 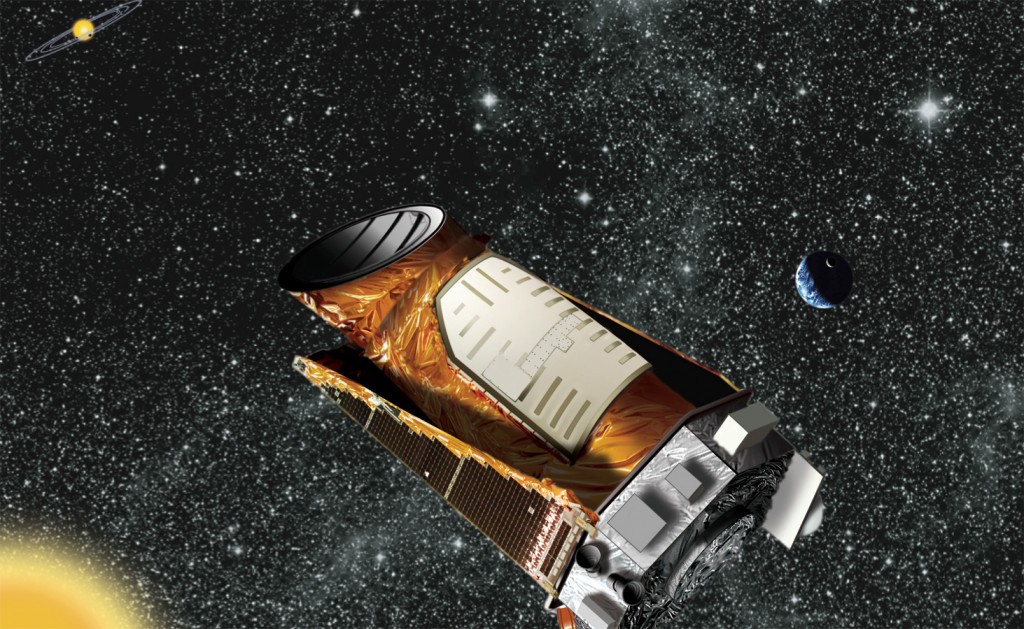 When NASA announced in May that its celebrated planet-finding telescope Kepler was broken, astronomers and journalists started collectively mourning. The Kepler space telescope had found 2,740 possible exoplanets since its launch in March 2009, and it was so successful that NASA approved funding for it through 2016, with hopes that many years of discoveries would follow. And Kepler managers finally announced last week that they are giving up trying to reactivate the telescope’s busted gyroscopic wheels, which stabilize it for staring at possible planet-harboring stars. But that doesn’t mean the telescope’s days of discovery are over. NASA is soliciting ideas for using Kepler in its hobbled form — something for which there’s plenty of precedent.

When the Wheel Failed

Kepler was designed to stare at bright stars to look for blips in their brightness that could indicate planets passing in front of them, a technique called photometry. It was built with four gyroscopic reaction wheels — one for each axis of movement, and one spare — that spin to correct for the solar wind and keep Kepler precisely pointed at those bright stars. One wheel stopped working more than a year ago, and astronomers started wondering what Kepler could do should another wheel fail. When that happened, in May, scientists initially worried Kepler would move around too jerkily for any precision photometry. But, while it won’t be able to find Earth-sized planets around sun-like stars, tests this summer showed it may still be up for other tasks, including looking for bigger planets. “Everybody is excited; they’re thinking, ‘Hey, we have a telescope in space, what can we do with it?’” said Steve Howell, Kepler project scientist at NASA’s Ames Research Center. “And you can do a lot with it.”

The Hubble Space Telescope is the only orbiting observatory designed to be spruced up in space. Spacewalking astronauts installed new hardware and made repairs five times after its launch in 1990, keeping Hubble in prime working order. But many other telescopes which can’t be fixed have still moved on to new missions long after their warranties ran out. Four years ago, for instance, the Spitzer Space Telescope could have been finished. Its infrared instruments were built to look at cold, dark cosmic objects, and liquid helium coolant kept them operating around -456 degrees Fahrenheit, roughly three degrees above absolute zero. For a little more than five years this prevented the telescope’s own warmth from blocking its view. The telescope warmed up by 50 degrees F when the coolant ran out in March 2009, which meant Spitzer would be blind to the darkest cosmic objects. But mission managers simply switched their science goals to a “warm mission,” using two remaining infrared detectors to look at planet-forming disks, gas giant planets, distant galaxies, and asteroids in our solar system. The reincarnated telescope continues to make new discoveries — just this month, astronomers using Spitzer learned massive galaxy clusters grow more slowly than scientists thought. This finding will help researchers understand the evolution of galaxy clusters, which are used to study dark matter. That study also included data from the Wide-Field Infrared Survey Explorer, another repurposed satellite. WISE was designed to make an all-sky map, which it finished in October 2010 before its hydrogen coolant ran out. But NASA gave it another few months to live and search for asteroids. The re-christened NEOWISE mission found more than 33,000 asteroids, 20 comets and 134 near-Earth objects. The telescope went into hibernation in 2011 when funding ran out, but NASA managers are currently considering waking it up again to hunt for more errant space rocks.

Other space telescopes have closed their eyes because of dried-up funds rather than worn-out parts. The Galaxy Evolution Explorer, or Galex, studied hundreds of millions of galaxies stretching back 10 billion years in cosmic history, but NASA ran out of money to operate it in February 2012. In a unique move last summer, the space agency loaned it to Caltech, where astronomers used private funds to keep it going until this past June. During its final months, Galex studied the Magellanic clouds, bright nebulae and the remains of supernovae. Space loans can also go the other way. Last year, NASA accepted two unused spy telescopes from the National Reconnaissance Office, and scientists are working on ways to repurpose them. Exploration reincarnation extends beyond space telescopes, too. The Deep Impact mission crashed a small probe into comet Tempel 1 in 2005, leaving its shepherd spacecraft behind to take photos. That spacecraft was later redirected elsewhere in the solar system and christened as the EPOXI mission, for Extrasolar Planet Observation and Characterization (EPOCh) and Deep Impact Extended Investigation (DIXI). It’s been studying other comets since 2007 and is preparing to intercept a near-Earth asteroid in 2020. And that’s saying nothing of the Spirit and Opportunity Mars rovers, both of which rolled years past their original three-month missions despite stuck wheels, used-up instruments and dusty solar panels.

Given this history, and the fact that there’s still funding, it’s likely NASA will decide to keep using Kepler in its new state, Howell said. Scientists can propose new ideas through Sept. 3, and engineering teams are working on ways to control the telescope without its stabilizing wheels. Howell and colleagues will then present the best ideas in a plan to NASA’s funding managers in February. “It’s a lot cheaper to do new science with it than to launch a new telescope,” he explained. Meanwhile, there are lots of existing observations to double-check. Once NASA determines what to do with the telescope, it’s likely one team of astronomers will wrap up Kepler’s main observations and another team will use it for “two-wheel science,” according to Howell. Options include looking for big planets around sun-sized stars; studying black holes at the centers of distant galaxies; observing planets in our solar system; and hunting for comets and asteroids. “We were kind of sad,” Howell said of the second wheel’s loss, “but many of us are very excited about a new mission, and a new life.” Image courtesy NASA 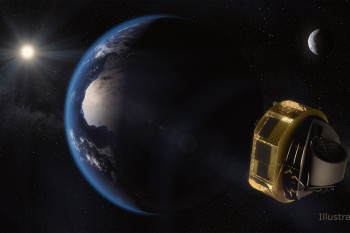