Human Expansion Could Have Led To Madagascar’s Missing Large Vertebrates

A study connects the loss of large vertebrates to an explosion of humans on the Madagascar island approximately 1,000 years ago. 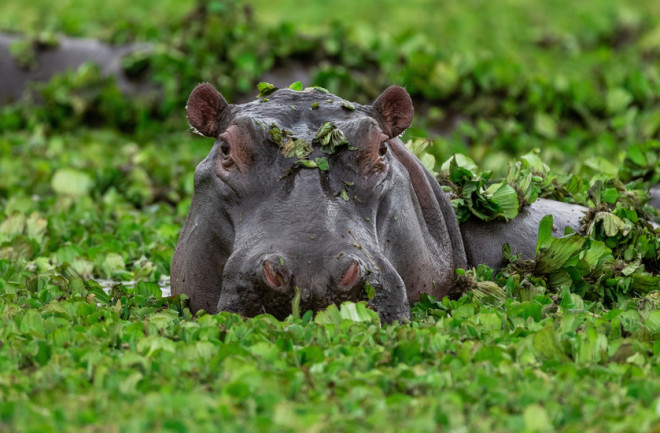 You can find over 200 species of mammals, 300 species of birds, 260 species of reptiles and 260 species of amphibians on the island of Madagascar today. That said, you cannot find a single species within any one of those four categories with a substantial body size — that is, save for our own.

Scientists say that that's all thanks to human expansion. In fact, a new study in Current Biology states that Madagascar's lack of large-bodied vertebrates is likely linked to an early explosion in the human population that occurred on the island approximately 1,000 years ago.

The island of Madagascar is known for its stunning biodiversity. But the island lost all of its species of large-bodied vertebrates, including its hippopotami, giant lemurs, giant turtles and elephant birds many years ago. The reasons for this disappearance have long remained unclear. In fact, though specialists have proposed a number of different theories explaining the loss, ranging from climate change to human settlement to cultural transformations following human settlement, the validity of any one of these explanations has been difficult to determine.

Looking into this, a team of researchers from the Madagascar Genetic and Ethnolinguistic (MAGE) project dove deep into the demographics of the first humans that lived on the island. They scrutinized genetic samples from the island, and traced the ancestry of the native peoples of Madagascar, also known as the Malagasy, to two small populations from Asia and Africa. And the combination of these two small populations on the island around 1,000 years ago prompted a surge in population that caused extensive changes to the surrounding ecosystems.

"This human demographic expansion was simultaneous with a cultural and ecological transition on the island," says Denis Pierron, a member of the team and a specialist from the French National Centre for Scientific Research in Toulouse, France, according to a press release. "Around the same period, cities appeared in Madagascar and all the vertebrates of more than 10 kilograms disappeared."

Looking at the early demographic effects on Madagascar's ecology, the team studied the shared chromosomal segments of genetic samples taken from modern-day inhabitants across the island. They also studied ancestry accounts and simulated genetic data.

The analysis of these three sources of information revealed that a small Austronesian-speaking population from Asia arrived on the island over 2,000 years ago, remaining small and isolated until a second Bantu-speaking population from Africa arrived on the island approximately 1,000 years ago. According to the researchers, these two groups eventually caused the human population of the island to expand. The expansion corresponded in time with extensive changes to Madagascar's landscape, including the loss of all large-bodied vertebrates weighing over 20 pounds.

According to the team, the study does more than solve a once-evasive mystery about Madagascar's past. In fact, the researchers say that the method applied in the study could apply to future research about the effects of human expansion on ecosystems. Furthermore, the researchers add that the method could untangle the demographic history of other combined populations, even millennia after once-distinct groups came together as one.