How to Survive in Space

Your guide to settling the final frontier. 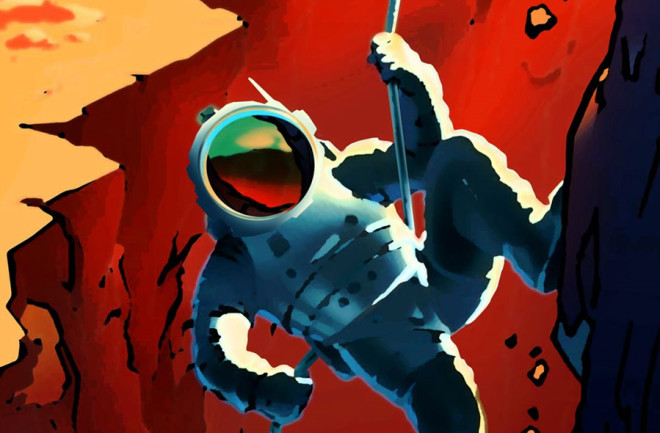 Hundreds of humans have orbited Earth since space exploration began more than half a century ago. In that time, astronauts have walked on the moon and even endured more than a year in microgravity.

But becoming a multiplanetary species — whether to flee a dying world or just explore the unknown — means learning to live without easy access to Earth’s resources and conditions.

The first space settlers will face some challenges as old as life itself, while other problems will rear their heads for the first time. Humans must solve them all if we want to survive beyond Earth’s warm embrace.

While our technology has advanced beyond spears and ceramic jugs, food and water remain an eternal challenge. Astronauts on the International Space Station (ISS) and other nearby outposts can survive on supplies shipped from Earth, but for any human settlement to persist farther out, the thin thread of an Earth-based supply chain will prove dangerously fragile. If there’s a crop failure on Mars — it occasionally happens in Antarctica’s greenhouses, which serve as analogs — colonists can’t live on astronaut ice cream for the two years it would take for emergency supplies to arrive.

The Solution: Mining and Greenhouses

The only sustainable answer is to mine and farm the solar system.

Greenhouses are also cheaper than shipping. Scientists have already grown small test plots aboard the ISS. Russia’s orbiting Mir station flourished with plants, from wheat to weeds. And perhaps most intriguing, research suggests that Martian and lunar soil could be used to grow crops like wheat and even potatoes. But just in case those crops fail, Red Planet settlers would want enough in storage to make a doomsday prepper seem ill equipped.

Space colonizers could even adopt a DIY approach to building materials by baking lunar and Martian regolith — rocks and dirt — into ceramics, rather than transporting heavy supplies like steel and metal.

The Problem: Coming Down Is Hard to Do

Floating in space may look fun, but it’s also problematic. Humans, plants and other animals all evolved to survive 1 g of force, the average gravity they feel at Earth’s surface. The body does less work in zero gravity, and returning to normal gravity strains muscles, hearts and the whole cardiovascular system.

While the moon and Mars, humanity’s next destinations, do have some gravitational pull, the moon packs about one-sixth Earth’s gravity, and Mars boasts roughly one-third. Scientists think it would be tough to adapt to Earth after living for years on the Red Planet. But what if Martian settlers stay there? And what about space explorers who don’t want to touch the ground at all?

The Solution: Take Yourself for a Spin

Long-term orbiting astronauts could live in a Stanford Torus. The structure, developed by NASA and Stanford University in the 1970s, is a design for a space station: essentially a hollow ring that spins four times per minute. (Picture 2001: A Space Odyssey.) This motion provides “artificial gravity” by means of centrifugal force, like a sock stuck to the drum of a spinning clothes dryer.

Astronauts and cosmonauts have spent over a year in zero gravity with few problems, and those mostly arise when re-acclimating to Earth. So it’s logical to assume low gravity would be safe, perhaps even pleasant, for short missions. But we have no long-term studies of how humanity would cope with years spent in the gravity of another world. Our best evidence is that between 1969 and 1972, a dozen men walked on the moon’s surface for a few days with no ill effect. Before we discover if we can survive as a species beyond Earth, we should probably take a few more walks out there.

The Problem: Off-Planet Birds and Bees

Even if well-prepared adventurers can overcome all these challenges, there’s still a civilization-stopping hurdle that science has barely explored: Can we procreate in space? The problems of radiation and low gravity are likely magnified for developing babies and growing children. And exposing babies to radiation and 0 g is ethically fraught, so it’s also hard to learn more.

But before an infant even arrives on the scene, scientists still don’t know how important gravity is for successful sex — in a Darwinian sense, anyway. Experiments in zero gravity with rats, quail eggs, jellyfish and wasps have not been promising for fertilization, implantation or gestation, with different problems arising within each species and at each stage. That’s not to say the results are especially damning, though. Many were simply inconclusive.

The Solution: Let’s Change the Subject

The truth is that more than a half-century after first venturing into space, we’re still in the dark when it comes to space sex. As far as we know, it’s never even happened between humans, though rumors abound. Whether it’s because space agencies are more focused on short-term goals or because they’re simply prudish, little research has gone into whether humans have any hope of continuing the species off-world. Maybe one day!

Earth’s atmosphere and magnetic field protect us from the constant stream of harmful solar radiation and other occasional deadly particles from deep space. Venturing beyond Earth’s protection is a gamble. But how dangerous is it?

Nuclear accidents and attacks show that short, severe exposure to radiation is deadly for humans. During solar storms, space-farers hunker in shielded areas of their stations akin to tornado or bomb shelters. But scientists still don’t know how the human body will react to sustained low-level doses of radiation inherent in space travel. There are few ethical ways to find out, however: An accidental decades-long exposure in Taiwan suggests it’s not as simple as “more radiation is bad.” When 1,700 apartment buildings were unintentionally exposed to radiation from 1983 until 2005, residents actually had lower rates of cancer and birth defects.

Scientists still don’t have a solution for shielding interplanetary astronauts from radiation. But a space station in equatorial low-Earth orbit (ELEO) would sit inside Earth’s magnetic field. It would receive most of the benefits of radiation shielding that ground-dwellers enjoy. Al Globus, a researcher with San Jose State University and NASA Ames Research Center, has put a lot of thought into such a dwelling. “ELEO is the best place for [safe] radiation by a large margin,” he says.

For people who want to travel beyond Earth’s magnetic field, the only other safe and long-term option might be underground. Hiding some 15 feet under the surface of Mars or the moon would provide all the radiation shielding of home.

Both those worlds also have natural caves. Ancient underground lava flows have carved tube-like caves that can stretch up to 1,000 yards wide and extend for many miles. Occasionally, parts of the cave ceiling can collapse, creating a large skylight opening. By securing these natural skylights with thick glass, the vast interior spaces could be pumped full of air and used as a pre-fab home. “You can imagine setting up a large mirror farm on the surface to bounce light into the tunnel,” says Jeff Greason, CEO of Agile Aero and an aerospace expert. Such a setup would bring sunlight to living or green spaces. Humanity’s future could look much like our past in Earth’s caves.

238,900 miles: Humans walking on the moon represent our farthest reach “above” Earth’s surface.

220-250 miles: Humans live comfortably on space stations and can explore outside. BYO air, and we seem to do just fine for periods brief and not so brief. Valeri Polyakov spent more than 14 straight months on Russia’s space station, Mir.

39,000 feet (7 miles): The human altitude record is roughly tied among stowaways who climbed into passenger plane wheel wells. Doctors think hypothermia lowers oxygen needs, letting them survive, though more than half of the attempts result in death.

13,200 feet: Groups living in mountain ranges at high elevations have evolved to survive the thin air there. In the Andes, locals show higher levels of hemoglobin in their red blood cells, boosting their oxygen-carrying capacity.

0 feet: Near sea level, humans enjoy the world that we’ve evolved into.

1,091 feet below sea level: In a record-setting deep-dive in 2014, Ahmed Gabr, wearing only scuba gear, descends into the Red Sea for 15 minutes. It took him nearly 14 hours to resurface, as he carefully avoided decompression sickness.

35,797 feet (almost 7 miles) below sea level: Jacques Piccard and Don Walsh dive into the Marianas Trench’s Challenger Deep — Earth’s deepest point — inside Trieste, a specially reinforced vehicle, in 1960. The pressure there is a crushing 1,000 times that at sea level.