How to Be a Savvy Science Reader 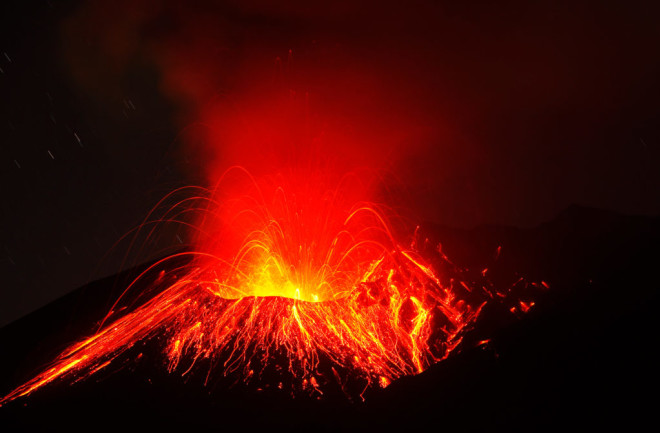 An eruption of Sakurajima volcano in Kagoshima, Japan.Getty Images We all love to get excited about new scientific discoveries. You see that in news articles all the time, that breathless tone that describes the latest studies as if we're reinvented the wheel. Suddenly everything is clear and we've solved all the problems! Or, oh no, we now know about new problems and we're all doomed! We're living in a world of shocking findings that will forever change the planet as we know it. Yet, really, it isn't actually that way. Day in, day out, scientists all over the globe are doing great work that isn't splashing across the headlines. Or, in particular, their work can't be easily sensationalized into something that gets easy clicks. Scientists aren't declaring predictions for an eruption or earthquakes in their papers. They aren't declaring long-standing science problems solved. They are presenting their data and hypotheses that come out of that data. Further work can confirm those hypotheses, but even then, very rarely scientists running around with exclamation points. Yet, if you look at science in the news, you almost expect the opposite. Much of this is driven by the behind-the-scenes press releases and embargoes that the big journals or universities push with their splashiest papers. The press officers have a goal: Make the research important because important research brings important money (in the long run). There is nothing wrong with that, but it doesn't tend to lead to critical, even-handed assessment of the science. However, this has a consequence. It is an easy out: Read the press release, write something up based on press release, give it a big headline and bam! You have page views! That's why suddenly you might notice 10 new science articles about Study X and why a lot of the wording in those articles is awfully similar. Now, that is a little cynical. Many science journalists I know do much more work that this. They contact the authors of these studies. They contact scientists who weren't involved in the study to get opinions on the research. They delve into the actual published paper to see what was said rather than what the press officer who wrote up the release wants you to think. You can look at the variable coverage of the recent study that suggests that in some cases, earthquakes can become larger during certain tidal cycles related to the moon. Wired's Nick Stockton covered the study with the sort of excitement and skepticism that balances the "cool new result!" and "don't get carried away" aspects of the study. Many other articles just jumped straight to "the moon triggers big earthquakes and makes them worse!", skipping the idea that this is merely a hypothesis based on a small data set. In the world of volcanoes, we had such a kerfuffle just this week. It featured headlines like this about Sakurajima in the Aira caldera:

What do all these articles and headlines tell you, the reader? Sakurajima is going to erupt within 25-30 years and it will be a big eruption. Those headlines say it with certainty. Shocking! Now, if you go back to the press release from University of Bristol, the home of the lead author Dr. James Hickey, you get this headline: "Magma accumulation highlights growing threat from Japanese volcano". Note the difference. The current set of articles says "OMG VOLCANIC ARMAGEDDON IN JAPAN!!!" The original says "Hey, magma might be accumulating so that's interesting and concerning." So, what happens if you go back to the original article that appeared in Nature Scientific Reports? It goes by the catchy title of "Thermomechanical controls on magma supply and volcanic deformation: application to Aira caldera, Japan." You might be able to see why many news organizations ignore the original study when the technical language is so dense, even in the title. If you look at what Hickey and others actually did in the study, it breaks down like this: This paper is about modeling. They took data from GPS and land surface measurements to model how Sakurajima changes shape as it heads towards eruptions. There is some data from before the last major eruption (in 1914) that shows similar deformation as we are seeing today, when we have lots of accurate GPS data. They use their models to calculate the rate of magma accumulating under Sakurajima to create the deformation they observe in the current GPS data. If they are right about the rates, then the amount of magma accumulated should be roughly equal to the amount that erupted in 1914 in about 25-30 years. They took real data and have created a model (and a boatload of reasonable assumptions, but assumptions nevertheless) to explain the data. Some assumptions they make is that the volume of magma needed to accumulate in order to create a 1914-scale eruption is the same as the 1914 eruption. They also never get into what might trigger such an eruption, just that sufficient volume might be present if their models are accurate. They draw some conclusions based on ideas they have about the relationship between magma accumulation and eruption and suggest that we might be on our way to another larger eruption. What they don't do: predict an eruption. Hickey and others say there is an increased probability for another large eruption based on their model and the current data. Their model might be off or the inflation might stop or we might not really understand what triggers a big Sakurajima eruption. We only really have 1 (maybe 2) other large eruptions to compare in the past 200 years. In the end, it is an interesting hypothesis that is currently being tested (as we wait for another eruption). So, be careful when you read science in the news. You should take sensational conclusions with a grain of salt the size of an Gerald Ford-class aircraft carrier. Some ways you can be confident:

This will make you a savvy science reader and hopefully not fall for the hype and sensationalism that we seem to have all become addicted to on the internet. Science is exciting! We don't need to oversell it or distort it to make it seem that way.