How the Challenger Disaster Changed NASA 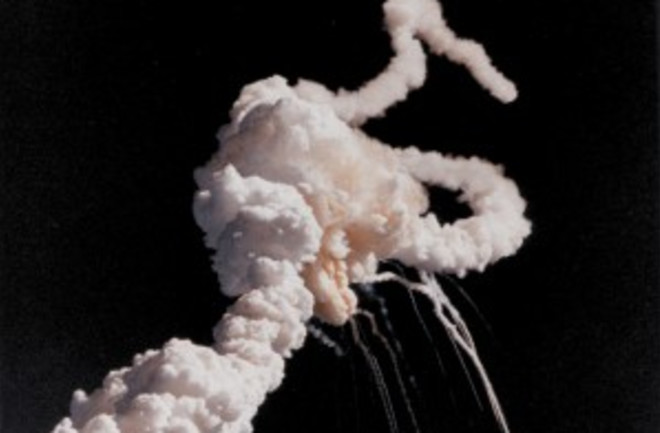 The moment of the Challenger orbiter's explosion has, sadly, become an iconic image of the space age. NASA.

By January of 1986 America was already bored with spaceflight.

It was, in part, NASA’s own fault. The government agency had debuted the space shuttle program five years earlier with an aggressive public-relations message that the reusable vehicles would make access to space both affordable and routine. Projected frequency: more than 50 flights a year.

But had space flight become… too routine?

Even as the shuttle undertook fewer than one-tenth that many flights, excitement quickly waned. Television coverage slacked. Missions—to conduct research, repair satellites, and build the International Space Station—failed to ignite popular imaginations the way a moon landing had. For many Americans, shuttle flights carried little of the bravado and romance of the Apollo era.

The launch on January 28, 1986, was different. The sun had been up for less than an hour and air temperatures were a few notches above freezing when the crew of STS-51L boarded the orbiter Challenger that Tuesday morning. All around the country people were getting excited—in large part because the seven-person crew’s included Payload Specialist Christa McAuliffe, a schoolteacher and mother of two chosen to fly as part of NASA’s Teacher in Space program. As a civilian, she was PR catnip: infinitely relatable and proof that space was now truly open to average Americans, not just hot-shot fighter jocks. Kids nationwide would watch the launch live and know that no dream was beyond reach.

But 73 seconds after Challenger’s launch, that dream quickly became a nightmare…

The full text of this article is my latest feature piece over at history.com!