Researchers have long pondered the significance of Feb. 23, the date of the Aztec New Year. New findings suggest it aided in the accurate tracking of the seasons. 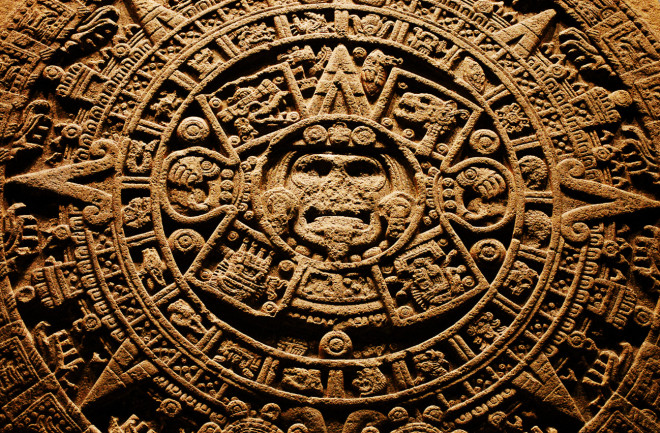 Modern and past Indigenous peoples, anthropologists, and even centuries-old missionaries have long known about many of the ritual and symbolic aspects of the complex calendar system of the Aztecs, also known as the Mexica.

This calendar system involved interweaving a solar and ritual calendar; the normal solar calendar had 365 days, while the ritual calendar had 260 days and was divided into 13 groups of 20 days. (Each of these days represented a unique combination of 13-day and 20-day associations and had its own name, symbol, patron deity, and an assignation of either good or evil.)

But the way they calibrated their solar year has long been a mystery. In fact, until recently, scholars had yet to even decipher why the Aztec New Year began when it did — Feb. 23 on the Gregorian calendar, which is used today by Western cultures.

“That was a conundrum for us,” says Exequiel Ezcurra, an ecologist at the University of California, Riverside and the lead author of a study published in PNAS that aimed to find the answer.

Though an ecologist by trade, Ezcurra has always been interested in the environmental history of the Basin of Mexico, which holds Mexico City as well as the ruins of past Indigenous cities like Tenochtitlan and Teotihuacan. The whole area is subject to seasonal monsoons that dictate the agricultural year. Given the massive populations that the area has supported, past and present, Ezcurra says that having precise measurements of the solar year would have been important for calibrating planting and harvest seasons.

While the Aztecs knew that the solar year contained about 365 days, just as we do, they would have needed a way to recalibrate this calendar — since the Earth actually takes 365 days, 5 hours and 49 minutes to circle the Sun. In the modern Gregorian calendar, we get around this tricky fact by adding an extra day every four years (known as the leap year), then skipping a leap year every 100 years for three centuries out of every four.

But simply skipping the leap year in a 365-day calendar, for example, might have caused the Aztecs to miss the ideal planting season by a week, after a couple of centuries had gone by. “A farming calendar that is not adjusted to the seasons eventually will have no purpose,” Ezcurra says.

Until this most recent study, scholars had yet to find any specific calibration device used by the Aztecs. But Ezcurra suspected they used the horizon itself as a calendric tool, specifically using the day that the sun first hit particular points in the distance while standing at a fixed point to track time.

He and his colleagues began to pore through the Aztec codices — books written by the Aztecs about themselves — and early Spanish colonial writings for clues. They also ran astronomical simulations, eventually finding that a person standing on top of the Templo Mayor in Tenochtitlan (the capital of the Aztec empire) could keep a pretty good watch on the calendar.

On March 16 of the Gregorian calendar, the sun would touch Mount Tlaloc for the first time, marking the beginning of the dry spring that precedes the rainy season. At the peak of the corn growing season, when the Aztecs celebrated Chicomecoatl, a corn goddess, the sun would rise behind the corn terraces for the first time. And on the winter solstice, a time when the Aztecs celebrated Ilama Tecuhtli or Tona, a mother goddess, the sun would rise above a snow-covered silhouette on the Iztaccíhuatl volcano, to the southeast of Tenochtitlan, which roughly translates to the “White Woman.”

“We found with amazement,” Ezcurra says, “that their rituals and celebrations coincided with what you see in the distant horizon from the temple.”

Yet this incredible finding still didn’t reveal anything clear about the Aztec New Year. When standing near the Templo Mayor and looking toward the east on Feb. 23, the sun doesn’t rise near anything important.

But when we think about the history of the Basin of Mexico, the Aztecs were hardly the first culture around that would have needed a precise calendar to calibrate their planting and harvests. Cultures and cities had thrived there for centuries before the Mexica people founded Tenochtitlan in A.D. 1325.

Read More: The Fall of the Aztec Empire: What Really Happened in the Battle of Tenochtitlan?

So, instead of sticking within the Aztec ruins and structures, Ezcurra and his colleagues began to look at other, older sacred sites around the basin. Using more astronomical simulations, they uncovered “something that blew our minds,” he says: The sun would rise directly above Mount Tlaloc when viewed from Tepeyac, the place where traditions hold that the Virgin of Guadalupe appeared to Indigenous Mexicans on Feb. 23 in A.D. 1531. The hill had been a holy site both during and before the rise of the Aztecs.

Intrigued, the researchers then looked at aerial images of Mount Tlaloc and found the ruins of a strange structure aligned toward Mount Tepeyac. It consisted of two long walls that formed a kind of open-air hallway, leading about 492 feet into a square courtyard at the back.

On Feb. 25, the researchers visited the ruins. Though they arrived two days off from the Aztec New Year, they could still verify the hallway’s alignment with a monolith in the up-sloped back courtyard and a circular stone marker at the entrance of the hallway. The sun shot right down the hallway, hitting the monolith and the stone marker.

Other researchers had previously dated the structure to sometime between the collapse of Teotihuacan in the mid-seventh century A.D. and the rise of the Aztecs in the 14th century. Ceramic shards discovered around it revealed that several cultures had been using the area before the Mexica, though researchers hadn’t been able to figure out what for.

“The people in the Basin of Mexico for many years before the arrival of the Aztecs were using the alignment between Tepeyac and Mount Tlaloc to adjust their calendar,” Ezcurra says.

He and his colleagues weren’t the only people on the hill that brisk February morning; about a dozen other people also made the pilgrimage — some leaving gifts by the monolith where the sun struck, including food, wild flowers, chocolate and ceramic vases. Someone even leaned a skateboard by the monolith decorated with the drawn image of Tlaloc, the rain god.

“They all paid homage to Tlaloc with an offering,” Ezcurra says. He spoke to some, though none of them seemed to know the significance of this day specifically — one person told him that about a dozen people made the pilgrimage up the mountain every single day. It is clear that the area still holds some cultural significance for the people that live in the surrounding villages and suburbs of Mexico City.