How Excited Should We Be About the New "Goldilocks" Exoplanet? 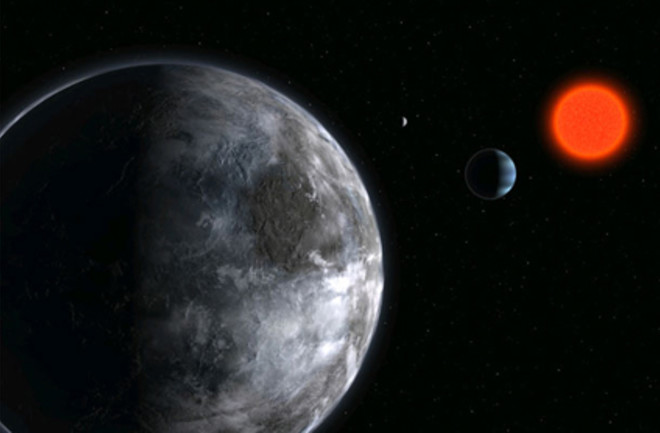 Astronomers have announced the discovery of a planet with about three times the Earth’s mass orbiting the nearby red dwarf star Gliese 581. That in itself is cool news; a planet like that is very hard to detect.

But the amazing thing is that the planet’s distance from the star puts it in the Goldilocks Zone: the region where liquid water could exist on its surface!

Gliese 581 is about 20 light years away, and astronomers think the planet in the habitable zone is one of at least six in that star system. The new exoplanet

orbits much closer to its star than Earth orbits the sun, but its star is a red dwarf, so it needs to be closer to stay warm enough to support liquid water. But just how like the Earth is this new world? And what does it mean for the prevalence of 'Goldilocks" planets out there? To find out, read the rest of the post

at Bad Astronomy. And check out the scientists' paper about Gliese 581 (pdf

). Related Content: Bad Astronomy: Possible earthlike planet found in the Goldilocks zone of a nearby star!