How Dance Brings the Mysteries of the Universe to Life 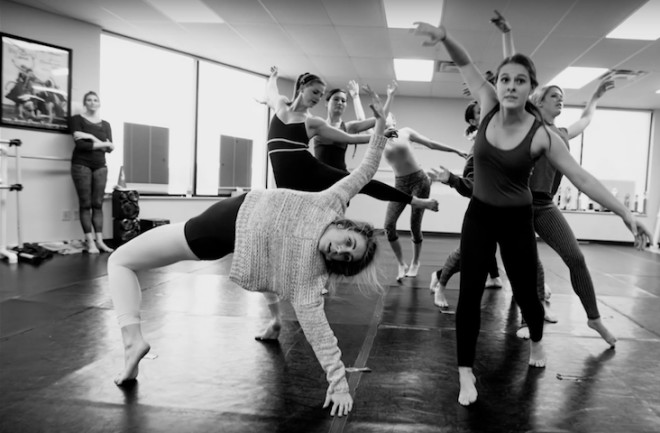 Cosmology is the story of the fundamental particles, forces, and energies that shape and govern our universe. And that story is one of rhythm and motion. (Credit: Paul M. Sutter/Youtube) For millennia, cosmological and religious systems of thought were intertwined—and usually indistinguishable. European artwork of, say, the arrangements of planets and stars often went hand-in-hand with theological guides, and not a little bit of moralizing. But then Copernicus, Brahe, Kepler, and Galileo came along, and this connection fell apart. The result is a modern cosmological sense that is properly scientific, rooted in data and mathematics—but relatively inaccessible to non-experts. What do we do when confronted with deep, profound, and enigmatic mysteries that defy our common sense? We do art. And what is the ideal art to communicate the concepts of cosmology? It isn’t placed on a canvas, but a dance stage. Cosmology is the story of the fundamental particles, forces, and energies that shape and govern our universe. And that story is one of rhythm and motion. Look at images of colliding galaxies, each home to hundreds of billions of individual stars. Their merger occurs over the course of hundreds of millions of years. Eruptions of newborn stars stretch out, creating effervescent arcs tens of thousands of light years long. Look at the so-called dark ages, the period in the early history of the cosmos before the first stars were born. In those misty and murky times, flows of gas and matter, driven by the attractive bonds of gravity, built ever-large structures over the course of eons. Then, with a flash, in some small forgotten corner of the cosmos, when it was around 400 million years old, a critical threshold in density and temperature was reached, nuclear fusion ignited, and the first star was born, illuminating the cosmos with light and heat for the first time. Look at the great clusters of galaxies, where each galaxy swims through a hot, thin soup of plasma that fills out the cluster’s volume: a veritable beehive of frenzied activity. https://www.youtube.com/watch?v=kbTAH9Az3S4 While the observations and theory that scientists like me use to understand these cosmic events are well-understood, it’s difficult—given the scales of time and space involved—to tell stories about them. But imagine an intimate theater setting: The house lights darken and the music begins to swell. The curtain parts, revealing two dancers on opposite sides of the stage, one lit by cool blues; the other by fiery reds. They approach and the intricate pas de deux begins, their motions expressing the competition between the forces of gravity and energetic release in the heart of a star. The inward crush of the star’s own weight is balanced by the raging nuclear fires in a twisting, convecting cauldron. In those brief moments we are transported to an other-worldly environment; in this case, the core of an alien sun. It’s one thing to state the technical term (“hydrostatic equilibrium”); it’s another to view the process as a struggle for supremacy between two indomitable forces leading to near-perfect balance, tinged with the bittersweet knowledge that the struggle won’t last forever. The star will die. The magic of dance, and the arts, is that they help us care, imagine, and, at the risk of sounding saccharine, dream. I’ve been lucky enough to work with dance companies and see this play out. My biggest project, “Song of the Stars,” which premiered, in 2016, at the Capitol Theater in Ohio, told the life stories of the stars using contemporary dance. The setup of the performance was simple: I would introduce each piece, weaving together a story and some essential physics, while the dancers took their places. As they danced, I got to watch the audience react. With each graceful movement or swell in the music, I would see faces in the audience light up, shoulders unconsciously sway, eyes begin to tear. In those rare moments, the audience got to feel what it’s like for two galaxies to collide, or for a star to end its life in a cataclysmic explosion. That’s something that a lecture or journal article can’t readily conjure. [This article originally appeared online at Nautilus]