Even the coldest places on Earth do not compare to how frigid outer space is. 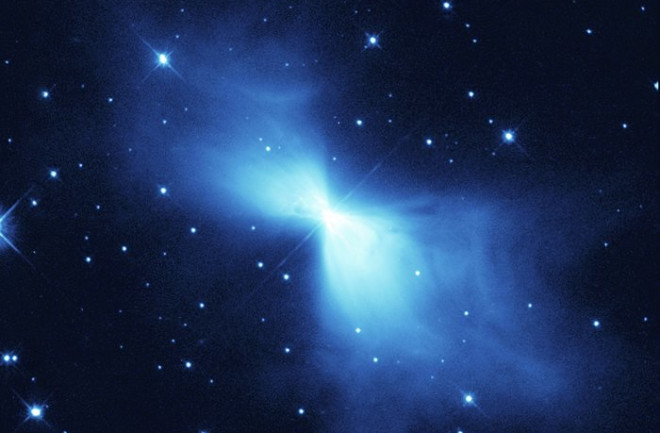 Although temperatures plummet on the dark side of the moon and the shadowy craters of Pluto, those locales look balmy compared with the Boomerang Nebula. About 5,000 light-years away, this star system is just 1 kelvin above absolute zero. (Credit: R. Sahai and J. Trauger/JPL, NASA/ESA)

But to give some context, you first need to understand heat as scientists do: a measure of how wiggly atoms are. Hot things move quickly, cold things very slowly. If atoms come to a complete stop, they are at absolute zero. Space is just above that, at an average temperature of 2.7 Kelvin (about minus 455 degrees Fahrenheit).

But space is mostly full of, well, empty space. It can’t move at all. It’s the very diffuse gases and grains that drift through the cosmos whose temperature we can measure. Sunlight and starlight might heat those atoms up if they pass by, but eventually they’ll cool back down by radiating heat, and that heat will simply fly out into space, with little chance of hitting (and therefore heating) anything else in that vast emptiness.

In space, there is no air or water, so the only way to lose heat is by radiation, where your warm and wiggly atoms release energy directly into space. This is a slow process, so you’d die of oxygen deprivation long before you’d notice the cold!