How Citizen Science is Helping Us Cross the Quantum Computing Barrier 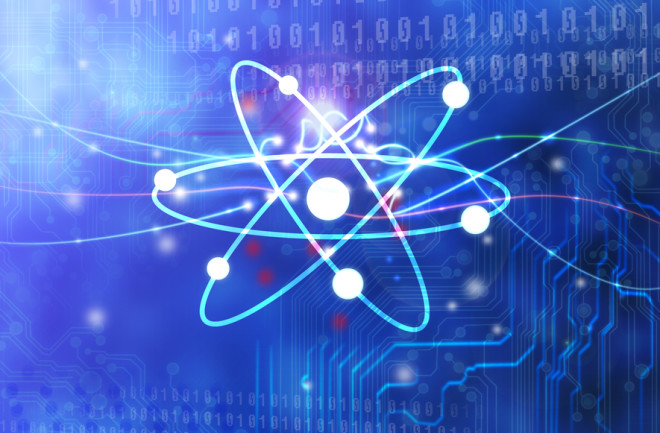 Author's Note: This story describing the research of Dr. Jacob Sherson and the origin of the citizen science game Quantum Moves was first published in August 2014. Today the team behind Quantum Moves published its findings in the journal Nature (paywall). In an interview to Nature News, Jacob Sherson, who led the creation of the game said that he was "completely amazed by the results" that citizen scientists were able to accomplish. This article talks about an earlier version of the game, and new Mac and PC editions have since been made available.

“Every story has its own beginning”, writes Jacob Sherson, an associate professor of Physics at Aarhus University (AU) in Denmark on his blog. The story of his citizen science project, Quantum Moves, began at the Max Planck Institute in Garching, Munich where he was a post-doctoral. Along with his colleagues, he was working on an experimental system that could manipulate individual atoms, a fundamental requirement of creating a quantum computer. I’m no physicist myself and it took me a while to even begin to understand how a quantum computer might work. So bear with me here as I attempt to describe it to you. The guts of any computer are really tiny transistors that can be in one of two states; 0 or 1. Thus all information that passes through a computer is represented by a string of ‘bits’ which are either 0s or 1s. One way by which computing power has increased exponentially over the years is by manufacturing smaller and smaller transistors. This allows us to pack more of them within a given space hence increasing the ability of the computer to process larger amounts of information at once. But as you can see, there exists an inherent size limitation here. We will soon reach a point where the smallest transistor would have been made with currently available technology. So where do we go from there for more processing power? That is where quantum computers come in. When we get to the smallest physical levels possible, we will start to deal with ‘quantum systems’ – atoms, photons, electrons and so on. Meaning, computers at that size would be approximately 100 billion times smaller than what we have currently. But there is something more to dealing with quantum bits apart from the size factor that makes it an incredibly attractive technology. As Dr Sherson explains, “due to the fundamental [physical] principle of superposition these quantum bits can be both 0 and 1 simultaneously. This means that many calculations can be performed in parallel and even a relatively small quantum computer would contain more computational power than all conventional computers combined. Very small QCs [Quantum Computers] have existed for over a decade but to date the world record is a mere 14 quantum bits.”

Dont Slosh! Quantum Moves games - Dodge (top) in which players try to avoid obstacles and Merge (bottom) in which players must merge two atomic states (Image Credit: Quantum Moves) As a first step to building a large quantum computer, the teams at the Max Planck Institute, Garching and Aarhus University have managed to arrange several hundred atoms in a regular pattern within a crystal, “similar to eggs in an egg tray”, as Dr Sherson describes it. To perform calculations on a quantum computer, atoms have to be moved around in this egg tray using a focused laser beam known as an ‘optical tweezer’. “This movement, however, poses a large challenge because any sudden movement will cause the atoms to slosh in the tweezer. This sloshing will translate into errors in the calculations and the basic unsolved challenge is therefore to find the best way of moving the tweezers containing the atom to minimize the final sloshing,” says Dr Sherson. He and his team tried solving this problem by developing computer algorithms to come up an optimal solution that involved minimal ‘sloshing’ but it turned out to be harder than they anticipated. Taking inspiration from a Danish technology radio show, he wondered whether he could gamify this challenge and allow citizen scientists to identify the optimal solution. Together with his colleagues, he established the Center for Community Driven Research (CODER) at AU that tested several versions of the game until they created the first working model of their citizen science project, Quantum Moves. The project itself involves different games in which players various manipulations on the atom while at the same time trying to achieve minimal sloshing. But how does this help solve the problem of moving atoms efficiently in the laboratory? By directly mapping the mouse positions of successful players to control the optical tweezers, thousands of citizen scientists playing the game can solve the problem a lot quicker than computer algorithms can. The first edition of Quantum Moves was very successful with approximately 3000 people playing the game more than 350,000 times. With an eye to the future, the team is now working on releasing a second version later this fall that will not only feature new challenges but also offer better compatibility with different platforms, making the game more accessible and allow players to learn about quantum computing as they attempt to achieve higher scores. The game is currently available as a download to give you a feel for how you can help build a large quantum computer. After playing the demo version available on the website, I’m excited to see the new and improved version. And you should be as well because by playing this game we might just change the future of computing. *** Quantum Moves is is one of more than 800 projects on SciStarter, an online hotspot for citizen science participants and project owners. Find projects that suit your interests using our Project Finder or add your project to our database to recruit participants!