How Autoimmune Disease Is Linked to Black Plague Defense

Researchers have identified genetic mutations in humans that helped us survive the bubonic plague at the price of increased risk of autoimmune disease. 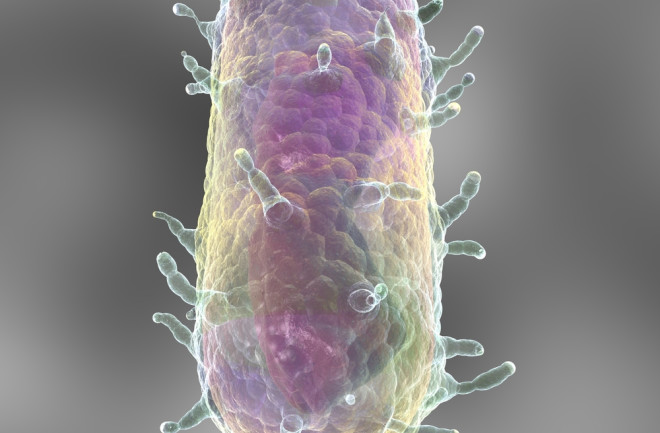 People who have suffered from an autoimmune disorder such as rheumatoid arthritis can attest to the pervasive swelling and agonizing pain that comes with it. And yet, in an odd twist of evolutionary fate, it seems that such an ailment is linked to a biological defense from a lethal threat of the past.

Specifically, researchers have recently learned that the bubonic plague in the Middle Ages might have sparked a gene mutation that spared people from the Black Death, but passed on the risk for immune disorders to their descendants. A 2022 study in Nature identified this gene mutation responsible for protecting people from the plague. The groundbreaking study illuminates how humans can adapt quickly to threats in their environment — but it can come at a price.

The second coming of the plague (a.k.a. the Black Death) was a deadly epidemic that started around 1347 and swept through Europe, Asia and parts of the Middle East and North Africa. In Europe, some areas lost between 30 to 50 percent of their population in just four years.

More on the Black Death:

The plague was caused by the Yersinia pestis bacterium. This bacterium was long carried by fleas that feasted on black rats. When rat colonies diminished, the fleas jumped to humans to feed. Plague outbursts persisted for centuries, including one in 1665 in the English village of Eyam. The village went into quarantine and lost 47 percent of its population in 14 months.

Given the pervasive impact of the disease over centuries, an international team of scientists from Canada, Denmark, France, the U.K. and the U.S. sought to understand how survivors adapted, investigating whether a gene mutation might be responsible.

In order to determine whether a gene mutation was at play, researchers needed DNA samples from people who died before, during and after the plague. The during-the-plague sample had already been identified after scientists in the 1980s excavated one of London’s plague pits at East Smithfield cemetery.  Those remains were later used to determine the Y. pestis bacterium was indeed responsible for the deadly outbreak in the Middle Ages. The research team hoped the graves would provide more answers, specifically whether a rapid gene mutation provided plague protection.

The team divided the DNA samples into three categories. The first group lived prior to the Black Death. For London, the burials occurred between the years 1000 and 1250. In Denmark, the death dates ranged from 850 to 1350.

The second DNA sample came from people who died during the plague and were buried at London’s East Smithfield cemetery 1348­­–1349. The third DNA sample was taken from people buried after the plague ended. In the London cemeteries, this included burials as late as the 1530s. In Denmark, the post-plague graves dated to 1800.

In all, the team collected 516 DNA samples — 318 from London and 198 from Denmark. As one might expect with remains almost a millennium in age, the DNA was not well-preserved. The team, however, was able to use hybridization capture to enrich and sequence hundreds of immune-related genes.

A distinction emerged. They found four unique genes among the people who survived the Black Death. This led to the conclusion that some people during the Black Death quickly underwent a gene mutation regarding the production of proteins. These proteins defended the system against the invading pathogens and cleared out infections. These same genes, however, also led to immune disorders.

The study found there were four mutations that likely provided protection from the plague. One of these genes, ERAP2, made a person 40 percent more likely to survive. The gene helped people better resist the bacterium, and if they were infected, their immune systems were more capable of killing the pathogens.

Plague survivors passed down these mutated genes to their descendants. Over time, as plague became less of a threat, the genes that once helped a person survive became linked to harmful immune disorders.

ERAP2 is now a known risk factor for Crohn’s disease, an immune disorder of the gastrointestinal tract. And another of the plague protecting genes, RS11571319, is associated with rheumatoid arthritis and systemic lupus erythematosus.

Systemic lupus erythematosus was long considered a death sentence and most people died within a year of diagnosis. Only in the past 50 years have advancements in medicine, including the introduction of chemotherapy, changed lupus from fatal to chronic.

The study confirmed scientists’ theory that gene mutation can happen rapidly. And although it might save the person who survived as a result of the adaptation, future generations may not benefit.