How Astronomers Will Find Earth 2.0 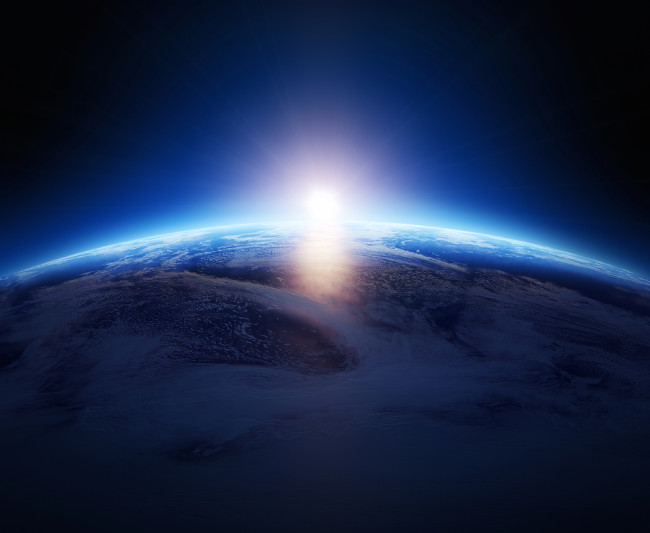 While self-aware humans have long wondered whether Earth is the only place like itself, we — and our technology — are finally advanced enough to answer that question. And with that power, astronomy’s quest du jour is to find habitable (and potentially inhabited) Earth-esque planets. To discover biology from afar, scientists peer into planets’ atmospheres in search of evidence that something on their surfaces breathes and metabolizes. But planets are small (cosmically speaking) and far away, and their stars outshine them. Because of that latter problem, astrobiologists currently favor focusing on worlds orbiting small, dim red dwarf stars. Their meager light still nearly blinds us to their planets’ atmospheres, but visibility is better than it would be near a star like the sun. But it’s not just the star that matters – it’s the other planets too. Astronomers have generally been looking for solar systems like ours, the only inhabited one we know of. That is to say, tidy solar systems where the planets have regular orbits in a flat disk.

So a logical first step in finding another Earth is to find a red dwarf with an orderly planetary system. According to research by Sarah Ballard of the University of Washington in Seattle and John Johnson of Harvard University, red dwarfs have basically two planet-forming options (which Ballard calls the “choose your own adventure” method of planet formation). They can do a neat job, with their multiple planets’ orbits (seven, on average) lined up like a bulls-eye. Forty-seven percent end up like this. Telescopes like Kepler can see each of these pass in front of, or transit, its star. Or they can be antisocial and messy, with just a solo planet or multiple planets in scattershot orbits. Fifty-three percent go this way. In this case, because a planet is alone or multiple planets orbit at a bunch of different angles, only one planet passes in front of the star from our telescope's perspective. If we’re looking for habitable worlds, we should look first at the bulls-eye kind. But, short of actually training a telescope on them for months or years, how can we tell which those will be? 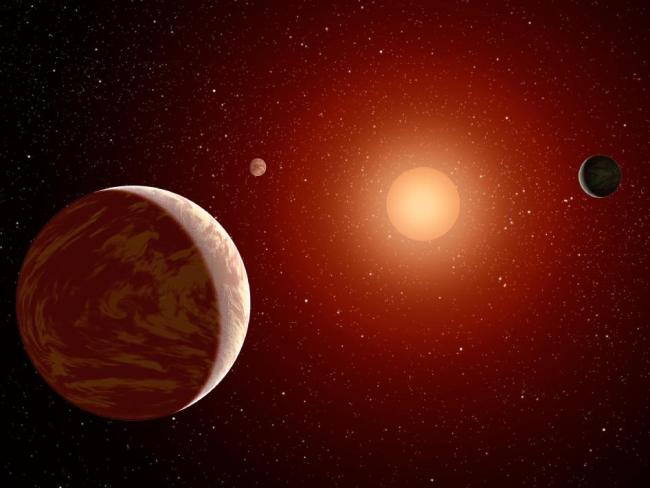 If astronomers can figure out what conditions lead to organized solar systems, they can then point their telescopes preferentially at dwarfs they know will have clean neighborhoods. Ballard and Johnson have a few ideas:

That’s a helpful list, though it comes with a big caveat: our own Earthly perspective. Imagine a system in which a few planets live in lined-up orbits close to each other and to their star — but one or two far-out planets zing at weird angles (like Pluto, which is not a planet, but you know). If the neat inner planets transit, the outer ones will be out of alignment, and we would never know they were there. But if we can see an outer planet transit, chances are the inner ones don’t line up for us. So we could getting two views of the same kind of system, and incorrectly believe we see two different varieties. Still, assuming the two varieties do indeed exist, a solar system’s ultimate habitability seems set from the star’s very beginning. You could also call it the “you can’t fight fate; your life is predetermined” theory of red-dwarf planet formation. 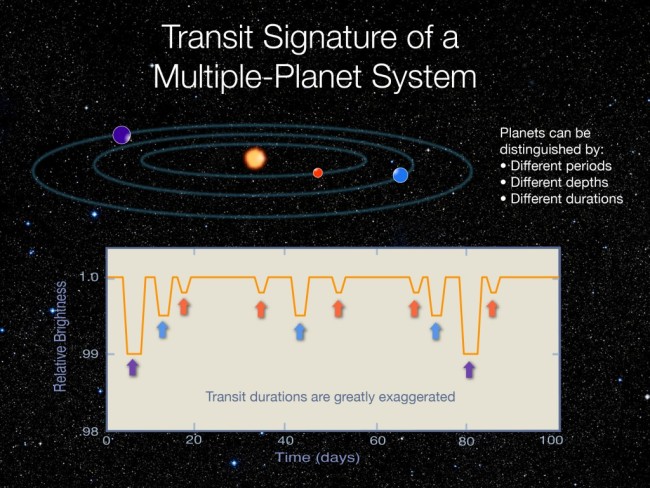 After astronomers ID some red dwarf systems that seem promising, finding out if they do indeed have life is no easy matter. Astrobiologists seek out tiny signals called “biosignatures,” which are gases in planets’ atmospheres that could give away the presence of microbes, plants, animals, or whatever other branch of life the universe cooked up. Biosignatures are like footprints – when you see a footprint in the mud, you know someone walked there, even if you never see them. Gases such as oxygen, ozone, methane, ammonia, and nitrous oxide – and other gases that seem to have an outsized presence – could be those footprints. But non-biological processes, including chemical and geological ones, can also make those gases. Astronomer Sara Seager said in a 2014 report that we’ll have to go the statistical route to account for that confusion. “Although we may not be able to point to a planet with certainty and say, ‘That planet has signs of life,’” she wrote, “with enough rocky worlds with biosignature gases, we will inspire confidence that life not only exists in the solar neighborhood but is common in our Galaxy.” To see a planet’s atmosphere, telescopes watch as its star’s light passes through the atmosphere, illuminating its contents. “Any Earth-like exoplanets within dozens of light years are about as faint as the faintest galaxies ever observed by the Hubble Space Telescope,” Seager continued, and the biosignatures themselves represent just a small portion of that light.

How to See Them

But there’s a catch. While the Kepler Space Telescope has uncovered a huge list of planets, they are all too far away for us to analyze their atmospheres with current technology. The Transiting Exoplanet Survey Satellite (TESS), which NASA plans to launch in 2017 (although I wouldn’t hold your breath, and not just because you’ll mess up our biosignature) should discover super-Earths (2-5 times as massive as our planet) around red dwarfs. It will survey 400 times as much sky as Kepler did, scanning half a million stars. Then, the space agency’s James Webb Space Telescope, slated for launch in 2018, can zoom in to see if some have promising atmospheres. Seager’s paper estimated that dozens of TESS’s candidates will be suitable for James Webb. A few planned optical telescopes on the ground – like the Giant Magellan Telescope, Thirty-Meter Telescope, and Extremely Large Telescope – might catch sight of Earth-sized atmospheres. But only if they get lucky. Farther in the future (in the nebulous region between 2025-2035), the Advanced Technology Large Aperture Space Telescope (ATLAST, get it?) will launch with a mirror 5-10 times wider than the James Webb’s, and with 2,000 times as much sensitivity as Hubble. But no matter which telescopes we build, or when, scientists won’t have unlimited time to peer into the night sky. And, for such tiny specks of light, quality of planet-scanning will be as important as quantity. So to find another nice place, where creatures tiny and mute or big and boisterous might live, we will have to look both hard and smart. And that might start with the search for tidy planets around a red dwarf star.