Here's What Happens to the Solar System When the Sun Dies

The end of planet Earth could also mean new life in distant parts of the solar system. 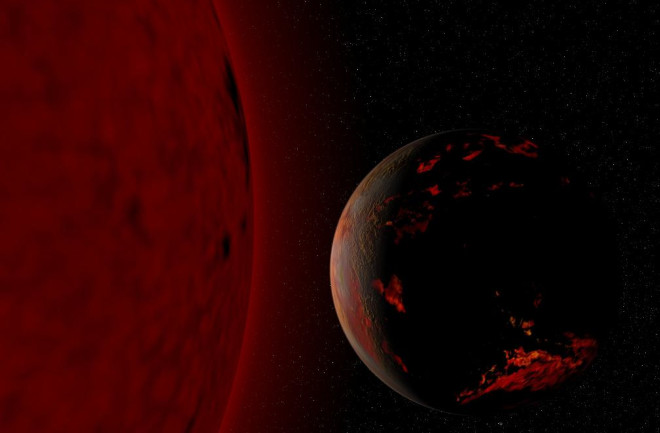 In roughly 5 billion years, the sun will run out of energy and drastically alter the solar system. Oceans will be baked dry. Entire planets will be consumed. And long-icy worlds will finally enjoy their day in the sun.

Our star is powered by nuclear fusion, and it turns hydrogen into helium in a process that converts mass into energy. Once the fuel supply is gone, the sun will start growing dramatically. Its outer layers will expand until they engulf much of the solar system, as it becomes what astronomers call a red giant.

The life cycle of the sun takes it from the life-giving star we know today into a swelling red giant and, eventually, a planetary nebula surrounding a tiny white dwarf. (Credit: S. Steinhöfel/ESO)

And what will happen to the planets once the sun enters the red giant phase? The solar system’s denouement is still a subject of debate among scientists. Exactly how far the dying sun will expand, and how conditions will change, aren’t yet clear. But a few things seem likely.

The slow death will kill off life on Earth, but it may also create habitable worlds in what’s currently the coldest reaches of the solar system.

Any humans left around might find refuge on Pluto and other distant dwarf planets out in the Kuiper Belt, a region past Neptune packed with icy space rocks. As our sun expands, these worlds will suddenly find themselves with the conditions necessary for the evolution of life.

“Late in the life of the sun — in the red giant phase — the Kuiper Belt will be a metaphorical Miami Beach,” Stern says.

Let’s take a quick jaunt through our solar system in the last days of the sun.

Throughout solar system history, the innermost planet has been baked by the sun. But even today, Mercury still clings to some icy patches. As our star ages, it will vaporize those remaining volatiles before eventually vaporizing the entire planet in a slow-motion version of Star Wars’ Death Star.

Venus is sometimes called “Earth’s twin” because the neighboring worlds are so similar in size and composition. But Venus’ hellish surface shares little in common with Earth’s Goldilocks-perfect conditions. As the sun expands, it will burn up Venus’ atmosphere. Then, it too will be consumed by the sun.

While the sun may have 5 billion years left before it runs out of fuel, life on Earth will likely be wiped out long before that happens. That’s because the sun is actually already growing brighter. By some estimates, it could be as little as a billion years before the sun’s radiation becomes too much for life on Earth to handle.

That might sound like a long time. But, in comparison, life has already existed on this planet for well over 3 billion years.

And, when the sun does turn into a red giant, the Earth will also be vaporized — perhaps just a few million years after Mercury and Venus have been consumed. All the rocks and fossils and remains of the creatures that have lived here will be gobbled up by the sun’s growing orb, wiping out any lingering trace of humanity’s existence on Earth.

But not all scientists agree with this interpretation. Some suspect the sun will stop growing just before fully engulfing our planet. Other scientists have suggested schemes for moving Earth deeper into the solar system by slowly increasing its orbit. Thankfully, this debate is still purely academic for all of us alive today.

Even our young sun’s radiation was too much for Mars to hold onto an atmosphere capable of protecting complex life. However, recent evidence has shown that Mars may still have water lurking just beneath its surface. Mars may escape the sun’s actual reach — it’s at the borderline — but that water will likely all be gone by the time the red giant star takes over the inner solar system.

As our red giant sun engulfs the inner planets, some of their material will likely get thrown deeper into the solar system, to be assimilated into the bodies of the gas giants.

However, the approaching boundary of our star will also vaporize Saturn’s beloved rings, which are made of ice. The same fate likely awaits today’s icy ocean worlds, like Jupiter’s moon Europa and Saturn’s Enceladus, whose thick blankets of ice would be lost to the void.

Once our sun has become a red giant, Pluto and its cousins in the Kuiper Belt — plus Neptune’s moon Triton — may be the most valuable real estate in the solar system.

Today, these worlds hold abundant water ice and complex organic materials. Some of them could even hold oceans beneath their icy surfaces — or at least did in the distant past. But surface temperatures on dwarf planets like Pluto commonly sit at an inhospitable hundreds of degrees below freezing.

“When the sun becomes a red giant, the temperatures on Pluto’s surface will be about the same as the average temperatures on Earth’s surface now,” Stern says. In research published in the journal Astrobiology in 2003, he looked at the prospects of life in the outer solar system after the sun enters its red giant phase.

Earth will be toast, but Pluto will be balmy and brimming with the same sorts of complex organic compounds that existed when life first evolved on our own planet. Stern says Pluto will likely have a thick atmosphere and a liquid-water surface. Collectively, the worlds — from cometlike space rocks to dwarf planets like Eris and Sedna — in this new habitable zone will have three times as much surface area as all four of the inner solar system planets combined.

This might seem like an academic discussion only relevant to our distant descendants — if they’re lucky enough to survive billions of years from now. However, as Stern points out, there are around 1 billion red giant stars in the Milky Way galaxy today. That’s a lot of places for living beings to evolve — and then perish as their stars consume them.