Henrietta Leavitt, the Woman Who Gave Us a Ruler to Measure the Universe 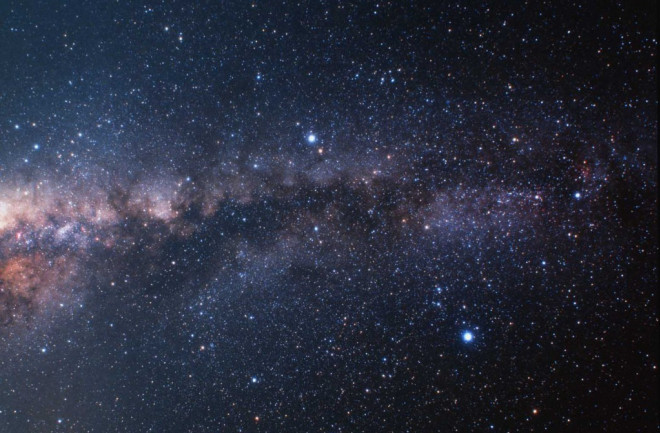 Gazing up at the sky, it’s hard not to imagine the sun, moon, stars, and planets as part of an inverted bowl over our heads, even if we know that’s an antiquated way of viewing the heavens. These days, we understand it’s the Earth that’s spinning, spinning daily like a ballerina while also circling the sun on its yearly journey. But the bowl imagery was and remains a reasonable way of envisioning how the skies appear to revolve around us, and when certain stars appear or disappear with the changing hour or season.

But to understand the universe as it really is, we need a three-dimensional picture of the skies. The Copernican revolution started this change in perspective, but it took until the 20th century for a true understanding of the universe’s scale and layout to evolve.

The researcher who provided one of the biggest keys was a deaf woman who earned 30 cents an hour.

Leavitt's work on variable stars allowed Edwin Hubble to deduce the distance to the Andromeda galaxy.

Henrietta Swan Leavitt was one of many women who worked at Harvard University around the turn of the last century, cataloging stars. Women could be paid less than men, and were generally seen as detail-oriented and suited for the often boring and rote work of data analysis. They were also barred from operating Harvard’s telescopes, limiting their other astronomical options. Leavitt’s particular assignment was Cepheid variable stars. These stars change how bright they are from day to day or week to week. And she noticed that, in general, the brighter stars had longer periods – that is, the brighter the star, the longer it took to cycle through its variability.

At first, this was nothing more than a curiosity. It didn’t mean anything to anyone. But Leavitt made it very meaningful with her follow-up work. She looked at a sample of variable stars that were all near the same location, in the Small Magellanic Cloud. This is a tiny dwarf galaxy very near to our own Milky Way. Here, with a smaller sample, her trend was even clearer. Brighter stars had longer periods.

The flashlight itself has not changed brightness, but distance has made its apparent brightness much less. Back to our story.

Leavitt realized something very important here, though it’s not clear many others did at the time. Because the stars in her second study were all in the same place, they were all essentially the same distance from Earth. So her discovery was revealing something intrinsic to the stars themselves: the longer a star took to change brightness, the brighter it actually was. So, if another star took a long time to change brightness but didn’t appear brighter, then she concluded it must be farther away, thus dimming its true brightness. With this simple relationship, Leavitt turned a two-dimensional picture of the sky into a 3-D one.

Leavitt herself pointed out that someone merely needed to work out the parallax (a way of calculating distance that works only on very nearby stars) of a tiny handful of her variable stars to calibrate the system, and turn her rough picture of “near or far” into an accurate map complete with marked distances. Within a year, another astronomer named Ejnar Hertzsprung had done so.

Perhaps Leavitt was a few years too early for her brilliant observation. Perhaps it was overlooked because she was a woman, and not allowed the status of a full researcher (though her name is on her own published work). Whatever the cause, this observation sat quietly for over a decade, until after Leavitt had suffered an early death due to cancer. It was only then that Edwin Hubble used her work to show how large the universe was, and that many of the fuzzy “nebulae” astronomers had observed for so long were actually far more distant than the stars in the Milky Way, and were in fact entire galaxies themselves.

Leavitt never earned fame in her own lifetime, nor a fancy telescope namesake afterward. But when looking up at the night skies, it’s worth remembering that she is part of the reason we have a three-dimensional map of the skies, instead of the flat picture that sustained humans for so much of our history.