A small study of the microbiome hints that an individual’s energy levels might be linked to intestinal microbes. 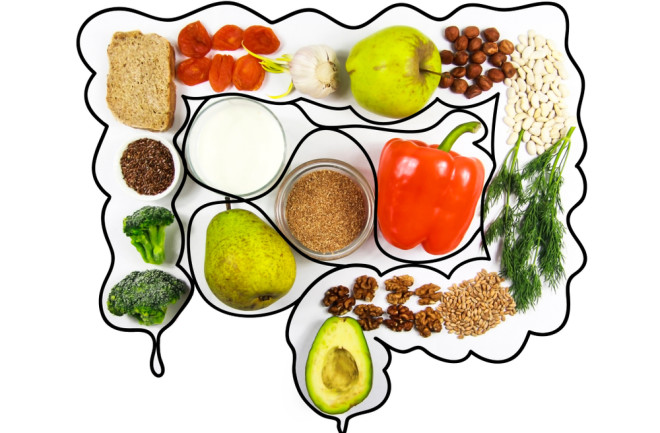 It doesn’t take long to recognize these two types: People who seem to have boundless reserves of energy, and those who struggle to roll out of bed each morning, stupefied until their second cup of coffee. The two distinct personalities — lively vs. bone-idle — may stem from differences in the types of bacteria living in our guts, according to a small, exploratory new study published in the journal Nutrients.

The research on 20 subjects suggests that four different personality traits — mental energy, physical energy, mental fatigue and physical fatigue — might be associated with distinct microbial profiles. Bacteria commonly found in energetic people are those which perform metabolic functions, while bacteria associated with inflammation were more likely to be found in people who experience fatigue.

Our digestive system is host to trillions of microbes, collectively known as the gut microbiome, that help us break down tough food molecules. In turn, the food we eat influences the species and abundance of bacteria in our gut. This microscopic menagerie communicates directly with the brain, through what scientists refer to as the “gut-brain axis,” churning out neurochemical signals that influence our moods and even aspects of our personality.

Read More: Gut Bacteria's Role in Anxiety and Depression: It’s Not Just In Your Head

Specific gut bacteria have previously been implicated with how sociable people are. Lactococcus and Oscillospira bacteria, for example, are depleted among people with autism, who often struggle with social interaction. Variations in the gut microbiome have also been linked with differences in sociability among the general population, with social people having more microbial diversity than their more withdrawn counterparts. In contrast, people with low microbial diversity experience higher levels of anxiety and depression.

To determine whether the gut microbiome differs between people with different energy levels, researchers from Texas A&M University School of Public Health sequenced bacterial RNA from stool samples obtained from a small group of volunteers. The 20 participants completed a brief survey to identify correlations between gut bacteria and mental and physical energy and fatigue.

The presence of certain gut bacteria is associated with the different personality types, the study found. For instance, high levels of mental energy and low mental fatigue was linked to the presence of Anaerostipes, a bacterial genus known to break down fats. Various species of proteobacteria were correlated with physical fatigue.

Diet was found to influence the microbial make-up of the gut and corresponded with different personality traits. Foods rich in folate, such as spinach and sunflower seeds, were positively correlated with mental energy, while lycopene, which is present in carrots, tomatoes and other fruits, was linked to both mental and physical fatigue.

Processed meat showed the strongest influence on personality, being both positively associated with fatigue and negatively correlated with energy. Holdemania bacteria appear to thrive from a diet rich in processed meat, and are more commonly found in people with low physical energy.

“This is an exploratory study,” says Lauri Byerley, an associate professor of physiology at Louisiana State University who led the microbiome side of the research. With such a small sample size, the findings are suggestive rather than conclusive, Byerley explains. The team is currently repeating the protocol on hundreds of participants with additional measures of energy traits to obtain definitive data.

“If you were to change your dietary habits and keep them for a long period of time, your gut microbiome will change to reflect that,” says Byerley. But it’s too soon to say whether changing what we eat can produce permanent personality changes.

“The microbiome is an incredibly complex system,” so it’s difficult to predict the effects of a single bacterial species, Byerley says. As well as interacting with their human host, gut bacteria interact with each other, as well as the viruses and archaea lurking in the depths of the digestive tract. “We’re just at the beginning,” she adds.

For those of us who wish we could muster up the energy for a morning run, or stay out as late as we did in our youth, the results couldn’t come soon enough.