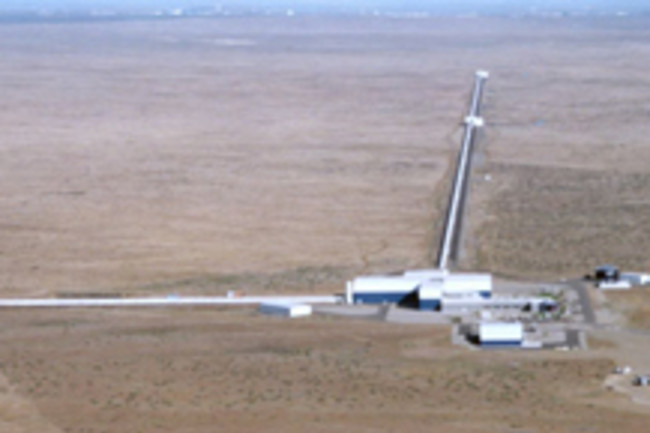 Physicists in Washington State and Louisiana recently spent two years hunting for the mysterious gravitational waves first predicted by Einstein, but detected nothing: zilch, zero, nada, nary a ripple. But that "null result" is itself of great value, researchers say, because it tells them where to look for the waves next. The findings are a nice reminder that scientific progress isn't always about the dramatic discovery; it's often a long, careful process of testing hypotheses, analyzing results, and heading back to the drawing board. Einstein's theory of general relativity states that

every time mass accelerates — even when you rise up out of your chair — the curvature of space-time changes, and ripples are produced. However, the gravitational waves produced by one person are so small as to be negligible. The waves produced by large masses, though, such as the collision of two black holes or a large supernova explosion, could be large enough to be detected [SPACE.com].

Beyond those large disturbances, the universe is thought to be filled with small disturbances left over from the rapid period of expansion that followed the Big Bang, in a phenomenon known as the stochastic (meaning randomly distributed) gravitational wave background. If the expansion of the newborn universe had produced strong gravity waves, the physicists working at the two Laser Interferometer Gravitational-wave Observatory (LIGO) centers would have detected them. Since they found nothing, researchers have determined that smaller waves were produced, which they'll need more sensitive instruments to detect. Says study coauthor Vuk Mandic:

"We now know a bit more about parameters that describe the evolution of the universe when it was less than one minute old" [Sky & Telescope].

The waves are difficult to detect because the ripples are extraordinarily small. Over the distance between Earth and the star Alpha Centauri — 4.3 light years — a gravitational wave would warp space by as little as the thickness of a human hair [The Times].

To catch a glimpse of the waves, LIGO's two detection centers (as well as a similar detector in Italy named Virgo) rely on laser interferometry. The technique

The study of LIGO's experiments from 2005 to 2007, published in Nature, establishes a new upper limit to the gravitational wave background, and increases the excitement over the coming upgrades to both LIGO and Virgo, which will make the two detectors more than a thousand times more sensitive by 2014. That ought to be sensitive enough to prove Einstein's predictions, says Mandic:

"If Advanced LIGO doesn't see gravitational waves I think people will be very surprised.... It is likely such a situation would require revision of General Relativity" [SPACE.com].