With the summer approaching, so are the mosquitoes. Now a UN-backed global platform will align citizen scientists from around the world to track and control these disease-carrying species.By Yujia He Mosquitoes are an annoying and unavoidable part of the warmer season. Their constant buzzing follows you whenever you step outside of your house, and the females feast on your blood to produce their offspring. In many parts of the world, mosquitoes bring not just annoyance but also disease and death. Globally mosquito-borne diseases such as Zika and malaria kill 250,000 people a month, compared to 130,000 deaths from all forms of violence. Citizens tracking and controlling mosquitoes are on the frontline of our fight against such diseases. A UN-backed new initiative, Global Mosquito Alert, will empower these local citizen scientists to collect, process and share data about mosquitoes on a global scale. 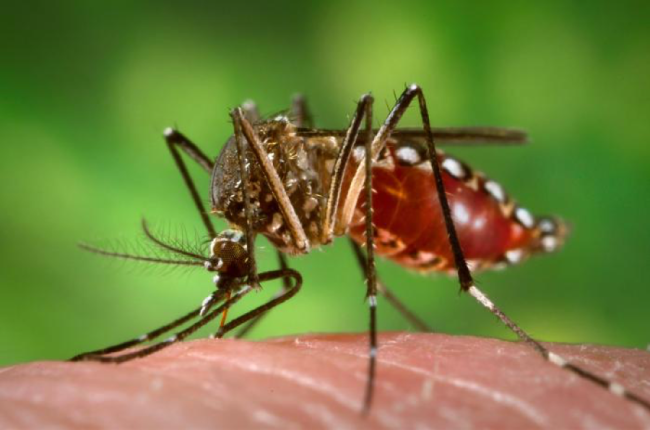 Female Aedes aegypti mosquito, the main type of mosquito that spread Zika, dengue, chikungunya, and other viruses. Author: James Gathany. Source: Wikipedia Commons As the first global citizen science mosquito monitoring platform, Global Mosquito Alert will bring together scientists and volunteers from around the world to share real-time local citizen-generated data. The United Nations Environment Programme (UNEP) maintains the centralized platform Environmental Live that provides open data to policy makers, researchers and the general public. Data will come from a consortium of providers in the U.S., Europe and Asia. Currently the consortium includes Globe Observer Mosquito Habitat Mapper (U.S./International), Invasive mosquito project (U.S.), Muggenradar (Netherlands), Mosquito Alert (Spain), ZanzaMapp (Italy), MosquitoWEB (Portugal), and CitizenScience.Asia (Hong Kong/Asia). At a workshop convening national/local project teams in Geneva in April, organized by the UNEP, the Wilson Center’s Science and Tech Innovation Program (STIP), and the European Citizen Science Association, participants have agreed to work towards a standardized protocol of citizen science monitoring to enable data sharing and analysis. Citizens interested in mosquito monitoring can use simple tools to generate and report data to national/local citizen science projects. For instance, the Invasive mosquito project, based in the U.S., recruits volunteers to use no more than brown paper towels and dark-colored plastic party cups to collect data on mosquito eggs around their homes. The Mosquito Alert project, based in Spain, asks volunteers to use a smartphone app to snap pictures of the mosquito or the breeding site and send them via the app. Kids and students can also participate following the project protocols including the safety instructions. In the long and leisurely summer months ahead, such an educational experience from participating in citizen science projects could be very appealing to our young future scientists. “Global Mosquito Alert” will contribute to our understanding of the local and global distribution of mosquito species and habitats, where existing open data from government sources is still limited in both the species diversity and the geographical scope. For instance, the CDC website provides only the potential range of Aedes albopictus and Aedes aegypti, the two Zika-carrying mosquito species within the United States. Enhanced data availability and accuracy will enable better and faster response and thus mitigate the risks of mosquito-borne diseases. In addition, the platform will pool together the data, knowledge and experience of existing projects for use by citizen science groups, allowing for more streamlined project implementation and community response at lower cost. As the Director of Science at UN Environment, Jacqueline McGlade, said, the platform is “a unique infrastructure that is open for all to use and may be augmented with modular components and implemented on a range of scales to meet local and global research and management needs.” It will “offer the benefit of the millions spent in developing existing mosquito monitoring projects to local citizen science groups around the world.” “Global Mosquito Alert” welcomes participation from citizen science mosquito monitoring projects around the world. If you would like to sign up for the initiative, please contact Anne Bowser or Eleonore Pauwels.

Yujia He is a Research Assistant in the Science and Technology Innovation Program at the Woodrow Wilson International Center for Scholars. Want more citizen science? Check out SciStarter's Project Finder! With 1100+ citizen science projects spanning every field of research, task and age group, there's something for everyone!