As Britain's Royal Society celebrates 350 years of scientific inquiry, we bring you 7 choice tidbits from its historic publications. 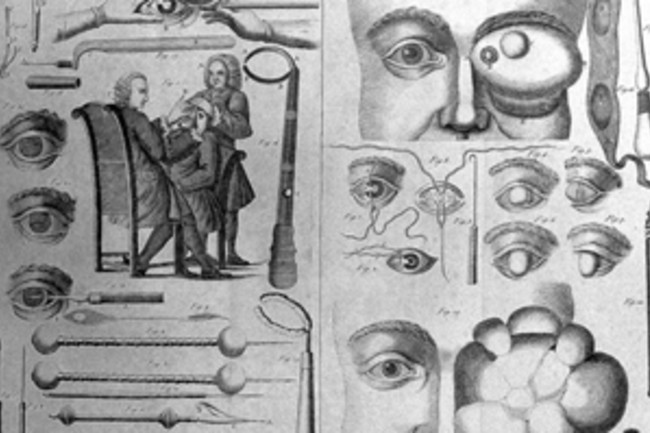 Scientific anniversaries abound this year. DISCOVER has celebrated Charles Darwin's 200th birthday, as well as the 150th anniversary of the great naturalist’s book On the Origin of Species. The year 2009 also marks 350 years of the Royal Society, the British scientific association that dates back to the days of Isaac Newton. And to celebrate, today the society took 60 of the most important and interesting papers ever to grace the pages of its journal, Philosophical Transactions, and put them up on the Internet for the first time.

Since the society predates today's ultra-specialization in science, some of these papers carry a more do-it-yourself tone and lack some of the intense mathematical rigor that marks modern journal articles. But, excluding the archaic grammar and sentence length, they are rather readable (and often endearingly quirky) accounts of false starts, gruesome experiments, and stunning successes. So, with the much of the history of British science set before our fingertips, we thought we'd bring you some choice quotes from a bygone era of science.

1727: Recounting an experiment to return eyesight to a blind boy age 13 or 14, surgeon William Cheselden finds that the boy can tell color, but not the distance between objects:

Being shown his Father's Picture in a Locket at his Mother's Watch, and told what it was, he acknowledged a Likeness, but was vastly surpriz'd; asking, how it could be, that a large Face could be express'd in so little Room, saying, It should have seem'd as impossible to him, as to put a Bushel of any thing into a Pint.

1667: Robert Hooke, in a demonstration in front the Royal Society using a bellows to blow air into a dog's lungs, demonstrates that there's more than just the motion of the lungs keeping the dog alive:

Towards the latter end of this Experiment a piece of the Lungs was cut quite off; where 'twas observable, that the Blood did freely circulate, and pass thorow the Lungs, not only when the Lungs were kept thus constantly extend, but also when they were suffered to subside and ly still… So it was not the subsiding or movelessness of the Lungs that was the immediate cause of Death, or the stopping of the Circulation of the Blood through the Lungs, but the want of a sufficient supply of fresh Air.

1715: Edmund Halley, observing a total solar eclipse, can't quite figure out what the faint glow is (we now know it to be the sun's corona):

A few Seconds before the Sun was all hid, there discovered it self round the Moon a luminous Ring, about a Digit or perhaps a tenth Part of the Moons Diameter in Breadth. It was of a pale whiteness or rather Pearl colour, seeming to me to be a little tinged with the Colours of the Iris, and to be concentrick with the Moon, whence I concluded it the Moon's Atmosphere. But the great height thereof far exceed that of our Earth's Atmosphere; and the Observations of some… makes me less confident, especially in a Matter whereto, I must confess, I gave not all the Attention requisite.

1776: Captain James Cook, asked how he lost nary a man to scurvy on a long ocean voyage, sings the praises of wort, a liquid made from malt (sprouted barley):

We had on board a large quantity of Malt, or which was make sweet-wort, and given (not only to those men who had manifest symptoms of the scurvy, but to such also as were, from circumstances, judged to be most liable to that disorder) from one to two or three pints in the day to each man, or in such proportion as the surgeon thought necessary; which sometimes amounted to three quarts in the twenty-four hours. This was without doubt one of the best antiscorbutic sea-medicines yet found.

1677: Antonie van Leeuwenhoek, the Dutchman who discovered bacteria and protists with his handcrafted microscopes, discusses these strange "animals" he was surprised to find living in rainwater:

When there animalcula or living Atoms did move, they put forth two little horns, continually moving themselves: The place between these two horns was flat, though the rest of the body was roundish, sharpening a little towards the end, where they had a tayl, near four times the length of the whole body, of the thickness (by my Microscope) of a spiders-Web.

1752: Jack-of-all-trades Benjamin Franklin publishes a brief description of his kite method for drawing lightning (or electric fire, a name that should never have been lost to history) from the clouds:

As soon as any of the thunder-clouds come over the kite, the pointed wire will draw the electric fire from them; and the kite, with all the twine, will be electrified; and the loose filaments of the twine will stand out every way, and be attracted by an approaching finger.When the rain has wet the kite and twine, so that it can conduct the electric fire freely, you will find it stream out plentifully from the key on the approach of your knuckle.

1666: Would a blood transfusion from another dog change a dog’s personality or characteristics? Would a small dog grow if given the blood of a large dog? Robert Boyle, who executed one of the first known blood transfusions between animals, had these questions and more. Among his other queries:

4. Whether acquired Habits will be destroy’d or impair’d by this Experiment? (As whether a Dog, taught to fetch and carry, or to dive after Ducks, or to sett, will after frequent and full recruits of the blood of Dogs unfit for those Exercises, be as good at them, as before? 14. Whether the Colour of the Hair or Feathers of the Recipient Animal, by the frequent repeating of this Operation, will be changed by that of the Emittent?