The future of Homo sapiens, genetic proof of evolution, the next Galapagos, and more. 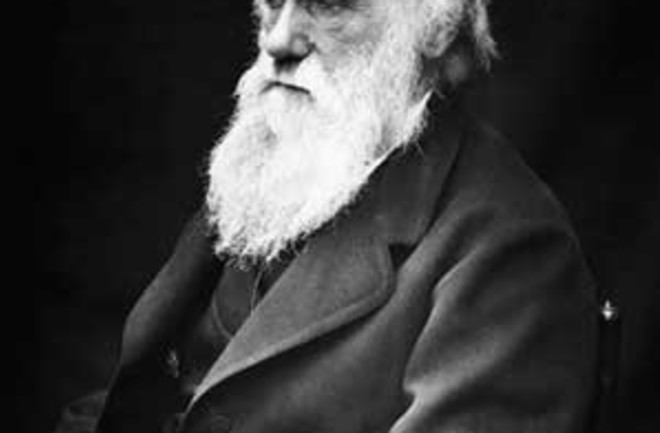 Portrait of Charles Darwin painted by George Richmond in the late 1830s. | Image from Origins, Richard Leakey and Roger Lewin

▪ They Don't Make Homo Sapiens Like They Used To: Humans have recently evolved extremely fast to adjust to new pressures

▪ We All Live in Darwin's World: The concept of evolution is now used to explain not only the origin of species but also love, politics, and even the cosmos

▪ DNA Agrees With All the Other Science—Darwin Was Right: Molecular biologist Sean Carroll shows how evolution happens, one snippet of DNA at a time

▪ Darwin's Dystopias (slideshow): Nightmarish artworks inspired by the brutal fact of survival of the fittest

▪ Six Sites That Are the Galapagos For Modern Darwins: Current hotspots of evolution research, from Pacific Ocean trenches to hospital emergency rooms

For anyone interested in evolution—which is to say, for anyone interested in the scientific understanding of the world—2009 marks two major, linked anniversaries. It is 200 years since the birth of Charles Darwin and 150 years since the publication of his masterwork, On the Origin of Species. Anniversaries are, by their very nature, arbitrary events. (Does 50 years of marriage really feel that much different from 49.7 years?) They become noteworthy only when the act of looking backward reveals something significant about where we are today. By that standard, the double Darwin anniversaries are truly special.

Darwin’s theory of evolution by natural selection was the first of three intellectual revolutions that ushered in the modern view of humanity. Sigmund Freud’s 1899 The Interpretation of Dreams recast our understanding of the hidden workings of the mind. Albert Einstein’s 1905 special theory of relativity showed that space and time are far different from what we thought. But a century and a half of hindsight makes it apparent that Darwin’s revolution was the most lasting and transformative. Freud’s work has been not just superseded but also partly discredited. Einstein’s relativity remains as durable as ever, but his method—his solitary, heuristic style—is light-years apart from the way most physics is done today. Darwin, in contrast, created a paradigm, powerfully shaping how psychologists look at the mind and even how physicists look at the universe; the flow of insights has been notably one-way.

Today it is difficult to read the news without invoking Darwinian thinking. It shows up not just in the obvious places, such as stories about drug-resistant bacteria in hospitals. In dispatches from the Middle East, it is hard not to see the way that kin selection can organize people into tight-knit, warring clans. In financial news, it is difficult not to notice an evolutionary battle between self-preservation and altruistic group impulses. If anything, it is too easy to perceive the hand of natural selection everywhere and to lapse into just-so stories. On the pages that follow, we strip away the embellishments and show how the true, unvarnished Darwin remains one of the most powerful, controversial, and influential figures in science. —Corey S. Powell, DISCOVER editor-in-chief