How scientific are paranormal investigations, anyway? 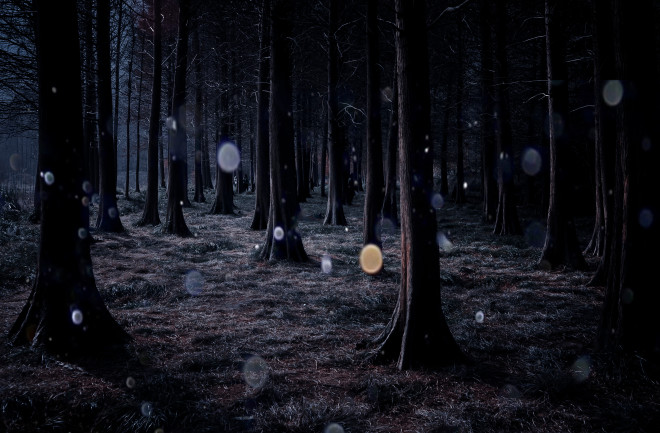 It’s easy to have a laugh at the expense of all those ghost hunters you see on TV. With their flashy gadgets and dramatic reactions any time the night-vision camera captures a mote of dust in the air, it’s little wonder that the field of paranormal investigations has long been consigned to the garbage heap of pseudoscience.

And yet, over the decades, plenty of scientists and science-minded institutions have dipped their toes into the murky waters of the paranormal. Harvard’s own William James, who helped found the school’s psychology department, was obsessed with the supernatural throughout his career. Sherlock Holmes creator Arthur Conan Doyle — a trained physician, don’t forget — spent the latter part of his life (and much of his credibility) as a defender of spiritualism. In the 1920s, the venerable Scientific American was open-minded enough to offer a long-standing reward, up to $15,000 at one point, to anyone who could provide conclusive evidence of ghosts. Even Einstein once attended a séance (although he did not report any spooky action).

Today, a surprising number of colleges and universities offer opportunities to study and even conduct research in parapsychology. And some scientists, although not many, have devoted their own time and resources to studying the paranormal — by becoming ghost hunters themselves.

Noah Leigh is one such researcher. With an undergraduate degree in biology and a master’s in epidemiology and cell biology, Leigh is a career scientist who applies his scientific training to investigating the paranormal. In 2007, he founded his own team, Paranormal Investigators of Milwaukee (PIM). Their work is nothing you’d see on TV, but if it was it would be more like MythBusters than Ghost Hunters.

“We have a ‘debunk-first’ mentality, and that’s reflected in our cases,” he says. “There are a handful of teams out there who use methods similar to ours, but they’re few and far between.” PIM operates as a 501(c)(3) educational nonprofit, which means the group doesn’t charge for its work or make money off of the outreach programs they conduct at libraries and other venues. They don’t use mediums or psychics, and while they do use cameras, digital audio recorders and other technical instruments to support their investigations, their most important tool is one you don’t see often in the field: the scientific method.

“We do bring more scientific rigor to the process. We make actual reports — a lot of investigators don’t — and we document as much as we can,” Leigh says. “We use equipment, but not the stuff you see on TV. So much of that is ridiculously expensive and useless most of the time. Low-quality equipment is subject to interference and gives you lots of false positives. Plenty of investigators are fine with that, it makes for more drama, but that’s not how we operate.”

Leigh knows the pitfalls of attempting legitimate scientific inquiry into the supernatural; he's well aware that most of the scientific community dismisses paranormal research as pseudoscience. “If you do it right, the investigations themselves aren’t pseudoscientific,” he counters. “It’s the method behind the investigation and the people conducting it. A lot of teams are biased — they already believe in the paranormal so they will be looking at whatever evidence they gather to support that belief. That’s not how we work. We always have a questioning mindset.”

That mindset is evident in the “Paranormal 101” section of PIM’s website, which offers unbiased insight into all the tropes of paranormal reality television, from mysterious orbs captured on camera to electronic voice phenomenon. The site is also packed with case files of PIM investigations across the country. Many of these cases, Leigh notes, are exercises in disproving the paranormal.

“It’s really satisfying when we can replicate a photograph [of an alleged ghost] or an experience and demonstrate how something that seemed paranormal at first really isn’t,” he says. “We see our purpose as educational, providing a public service. When we do an investigation and interview people, there’s a lot of genuine fear because they can’t explain what’s going on and we’re very sensitive to that.”

Who Ya Gonna Call?

To that end, Leigh offers advice to anyone who thinks they’ve experienced a paranormal event:

First, don’t pay anybody to look into it. “There are people who will exploit fear and grief,” he says. “I see what we do as a duty in educating people and advancing this field. Not everyone does.”

Second, don’t let anyone trick you into thinking your house is the next Amityville Horror. “If anyone starts using the word ‘demon’ or similar in relation to what’s happening, find someone else,” Leigh says. “That’s just fear mongering.”

Most importantly, although it may be the most challenging: Try not to be afraid. “I know it’s hard,” Leigh says. “Our brains are hard-wired to want explanations for strange things and if we can’t find an obvious logical reason, then we have fear, and fear makes it hard to look objectively at what’s happening.”

To date, it almost goes without saying, no one, including Leigh and his intrepid team, has found conclusive evidence of the existence of the paranormal. “We’ve done hundreds of investigations and most of that work is debunking,” Leigh says. “But we have had some unexplained findings. Some audio recordings that have been very…interesting." He also notes an incident during an investigation where a member of his team was pushed, twice, with no visible culprit or explanation, even after reviewing footage and other data. "I’m not going to call that proof because we haven’t replicated the occurrence, although we’ve been back to this site a few times,” Leigh says.

Meanwhile, researchers have found other explanations for some supposedly paranormal phenomena. A few years back, one study replicated the feeling that an unseen presence was in the room by tricking the brains of its subjects. Others have linked visions of spectral or demonic entities with episodes of sleep paralysis. For now, though, it appears that when scientific methods are applied to paranormal investigations, the supernatural doesn’t stand a ghost of a chance.