Gaps in Stars’ Dust May Not Signal Exoplanets, After All 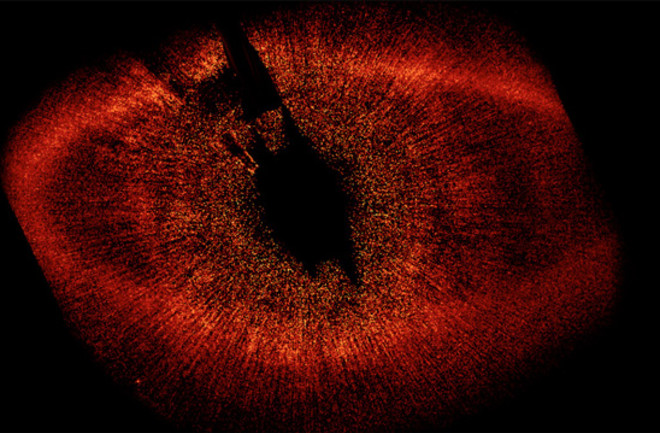 The Fomalhaut System as seen with NASA's Hubble Space Telescope. Sometimes when there’s smoke, there might not be fire. That is, the most obvious explanation for a phenomenon turns out not to be the only one. Take the dusty disks that can surround young stars: if you spot a gap within the dust that goes all the way around the star, odds are it’s because of a planet clearing out that gap during its orbit. That makes sense, but a paper in this week’s Nature points out that the gap might instead be the work of gas within the dusty disk. Previously, scientists had ignored the effects of gas in these debris disks, since planetary activity seemed like such an obvious choice to explain their appearance. But in the authors’ simulations, gas and dust alone could result in rings, spiral patterns and even moving sources of brightness within the dusty disk. Basically, drag from the gas can cause the dust to concentrate at different points within the disk. When starlight heats such confluences of dust, it can heat the gas, leading to even stronger concentrations of dust. Eventually, these could clump together into arcs and rings, leaving behind “gaps” between them. They could also travel within the dusty disk, appearing like a moving light source. This means exoplanet hunters will have to examine potential systems more carefully, since a gap in a dusty disk no longer automatically implies a planet’s presence. In fact, this might help explain why two exoplanets around Fomalhaut, one of the most famous stars with such a disk, have been so hard to confirm: maybe the “worlds” are nothing more than gas and dust.