Fun in the Sand Now Hindered by Fecal Bacteria 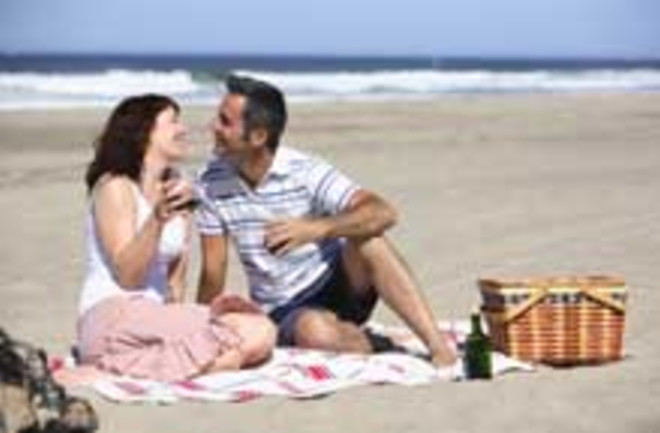 Heading to sunny Florida this summer? Not to spoil your vacation, but you may want to think twice before letting the kids bury you in the sand. Dr. Andrew Rogerson, an oceanographer working with the EPA, recently finished a study on the levels of fecal-derived bacteria in Florida beach sand, and his results are, for lack of a better word, foul. The wet sand along the edge of the beach—called the intertidal zone—and dry sand directly above it contained significantly more fecal bacteria than the seawater that lapped along the shore. The bacteria, a product of sewage dumped into the water, appear to become concentrated in the sand as the tide ebbs and flows, and use the sand's large surface area as a breeding ground. All of the fecal organisms the researchers found were "capable of enhanced survival in sand and, more importantly, were capable of growth in the sand leading to much higher numbers." Which presents a problem, given that officials typically determine the sanitation levels of a beach by measuring contamination of the water a few meters from shore. Beach managers haven't quite figured out what to do with these findings; on the one hand, closing beaches due to excessive fecal contamination is hardly good for tourism, particularly in the peak travel season. But knowingly allowing beachgoers to frolic in pools of bacteria could create a public health risk that isn't easily explained away. Until they reach a solution, try to limit your beach exposure—and for heaven's sake don't let your kids do this.