From the Moon to the Earth 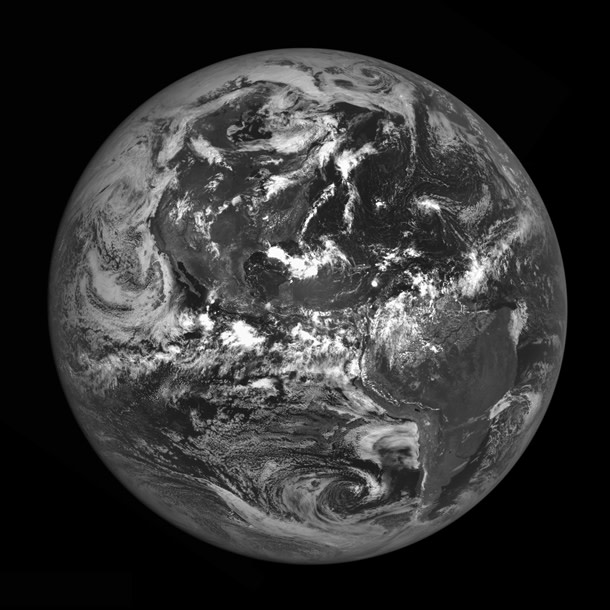 That's the Earth as seen by the Lunar Reconnaissance Orbiter, which just finished its first year orbiting the Moon. It sometimes points its cameras back home to take calibration images, and when it does, well. Wow. This spectacular image shows the fully-sunlit western hemisphere of the Earth, with North and South America clearly visible. Apparently August 9 2010 was a nice day for this half of the planet, with minimal cloud cover. I wonder if anyone on that half of the world was looking up in the sky at that moment, maybe just checking the weather... the Moon was almost new and too close to the Sun to see, but it's nice to think that at that moment, our robotic explorer was looking back at us.

[... and check out the full resolution zoomable/browsable version. Holy wow!]