From Hi-Tech Communications Beacons to the Infamous Flying Tool Bag

After yesterday's first-ever satellite collision, here's a closer look at these free-falling objects. 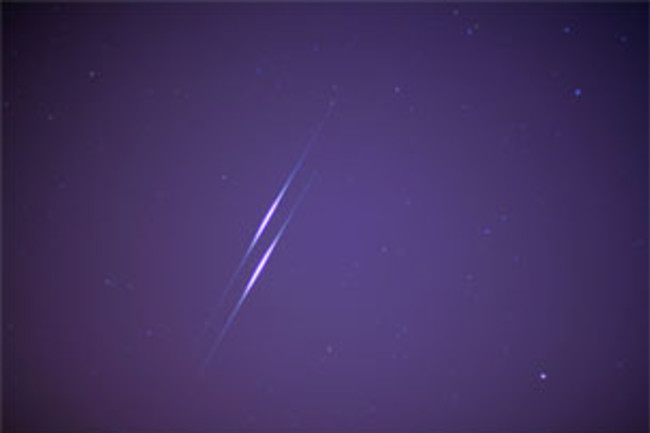 These flares are from Iridium satellites, much like the one involved in the first-ever satellite-on-satellite crash yesterday. | Source: Flickr / <a href="http://flickr.com/photos/mulad/385093691/" target="_blank">Mulad</a>

898 The number of active satellites currently in orbit around Earth, according to the Union of Concerned Scientists’ Satellite Database. The countries that have the most satellites in orbit: the United States, with 463; Russia, with 90; and China, with 48.

30 The number of days it will take a satellite to fall to Earth from a low altitude of 190 miles. Satellites at 250 miles—where the International Space Station resides—would come down in a few years without a boost, says Nicholas Johnson, NASA’s chief scientist for space debris. Objects in geostationary orbit—above the dragging effects of Earth’s atmosphere—could take more than 1 million years to fall.

17,300 The estimated number of pieces of debris larger than 10 centimeters in diameter that are being tracked by the U.S. Space Surveillance Network. The SSN also tracks more than 300,000 objects measuring between 1 and 10 cm and billions that are much smaller. The mix of space junk includes unused spacecraft, flecks of paint released by thermal stress, solid rocket engine effluents, and at least one astronaut tool bag.

$143.31 billion The revenue amassed worldwide in 2006 by the global commercial space satellite industry, according to Project Ploughshares’ Space Security 2008 report. This figure includes profits from telecommunications and direct broadcast services.

22,370 The distance from the equator, in miles, for geostationary orbit, where 371 satellites’ speed matches Earth’s rotation. More satellites—434, to be exact—are in low Earth orbit at 60 to 930 miles. Fifty-four satellites are somewhere in between.