The country is offering whole genome sequencing to every citizen who wants it — a project that will chart the way for the future of genomic medicine. 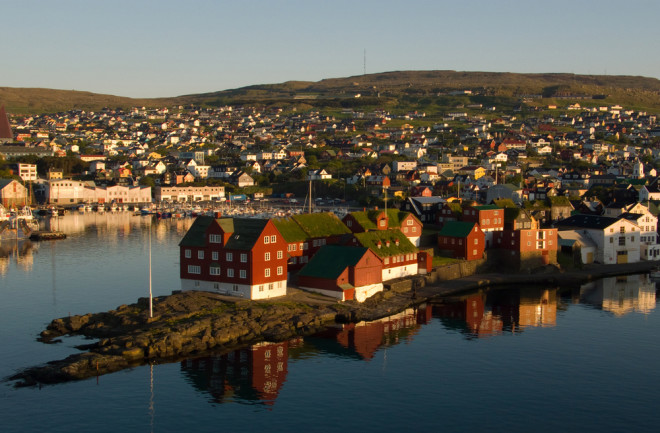 Growing up in the Faroe Islands in the North Atlantic, Edmund Jensen battled an overpowering sense of fatigue. At age 10, he developed seizures in which his limbs would stiffen and his eyes would roll back in his head, but local doctors could never diagnose his condition. In August 2008, Danish doctors identified the genetic defect that prevented his body from maintaining adequate levels of carnitine, which plays a critical role in metabolism. By then, Jensen was 21, had close-cropped brown hair and a silver hoop through his upper ear.

The day before he went to get his first prescription, he died of cardiac arrest. “Again and again, I look at his picture and cannot believe that it is true,” his father, John, wrote afterward.

Jensen’s death was followed by the death of his third cousin Margretha, along with a string of macabre news articles about this undiagnosed genetic condition that had been shattering families in the Faroes for decades. The deaths became a call to action for the country’s Health Ministry, which persuaded some 30,000 citizens — about three-fifths of the total population — to submit blood samples to its new Genetic Biobank. They were all screened for Jensen’s disease, called carnitine transporter deficiency (CTD), improving and potentially saving dozens of lives. The earlier deaths would have a larger impact, though, changing the very face of health care in the Faroes and setting it on a path to become a leader in genomic medicine.

Identifying the Genes of Disease

The 18 islands of the Faroes lie in a tight cluster between Iceland and Scotland and are just about the last place in the world you might imagine for a genome revolution. Like other remote islands, a limited gene pool has led to a greater prevalence of certain diseases.

“I don’t call it inbreeding, but line breeding,” says Gudrid Andorsdottir, who runs the biobank. “There is the implication that you are strengthening some factors, rather than inbreeding, which is a more negative word.” The prevalence of CTD in the Faroes is now known to be the highest in the world, and hundreds of times higher than in nearby regions.

Last year, the Health Ministry announced plans to perform whole genome sequencing on every citizen who wants it. During the pilot phase over the next year or so, they aim to sequence 1,000 individuals, focusing on those with CTD, along with other conditions, such as schizophrenia, cystic fibrosis and diabetes. Project director Bogi Eliasen envisions the database growing each year.

The country has already adopted electronic medical records with data on treatments, prescriptions and their success rates, and the Genetic Biobank has finished digitizing the past 200 years of genealogical histories. Adviser Paul Flicek of the European Bioinformatics Institute says we shouldn’t necessarily expect immediate scientific breakthroughs to come out of this effort, called FarGen. We should view it in the short term as the ultimate experiment in improving clinical care: helping physicians prescribe the right medications at the right dosages and advising patients on the best way to prevent health problems to which they may be predisposed.

In other words, FarGen will be just as much about health care as it is about furthering clinical research. “How you deliver genomic medicine to real people is going to be a problem we’re facing in the next few decades,” says Hank Greely, director of the Center for Law and the Biosciences at Stanford Law School. “Why the Faroes? That’s harder to answer, but if they are enthusiastic and can find the money, then that’s fine. You take your experiments where you can find them.”

In 2009, Eliasen began touring conferences abroad and gathering a group of top genome scientists to serve on a scientific advisory board. The bottom line was that genetic breakthroughs made in the United States or China may not be especially useful to isolated populations with rare genetic variants. Countries like the Faroes needed to do the work themselves.

So far, officials in the Faroes are moving cautiously, but FarGen raises a slew of ethical questions. Even if the project leaders find the estimated $50 million to fully fund the sequencing, it will take hundreds of millions more to determine the meanings of the genomes, and to train and support genetic counselors, Greely says. Which conditions will be disclosed to people and at what age? How often will a person’s genome be reviewed as new science comes in? Then there’s the looming question that lingers from Jensen’s untimely end: Who is responsible for a death that could have been prevented? That knowledge, after all, will likely be archived on government servers.

In summer 2012, Eliasen braced himself for the prick of a needle on his forearm. Afterward, a technician from the main hospital in the Faroes squirted about 2 milligrams of blood into a special tube with buffers to purify and stabilize his DNA, so that it could be sent to a laboratory to sequence the 3 billion letters that make up the code of his genome. “It was a matter of trust,” Eliasen says. “I wanted to be among the first to show that I believe in this approach.”

[This article originally appeared in print as "Sequencing an Entire Country."]

The Faroes have been a promising test bed for initiatives in medicine. In the late 1990s, a Delaware-based company called deCODE Genetics hoped to create a genetic biobank of the islands’ entire population to identify disease-related genes and develop drugs. The Faroes government rejected deCODE, but it spurred the country to pass legislation on genetic privacy and eventually led to the creation of its own biobank.

In the meantime, deCODE pursued its agenda in Iceland. It became a debacle. The company’s slow-motion crash began as privacy concerns made their way to the country’s Supreme Court, which in November 2003 barred deCODE from building the database of citizens’ health records. DeCODE declared bankruptcy in 2009, but the genome revolution carried on. While the first whole genome sequence was completed in 2001 at a cost of $500 million, by 2014, we may finally see the $999 genome.