Exotic Snakebites On The Rise In U.K., New Study Reports

Over 300 exotic snakebites have been reported in the U.K., including 72 children. 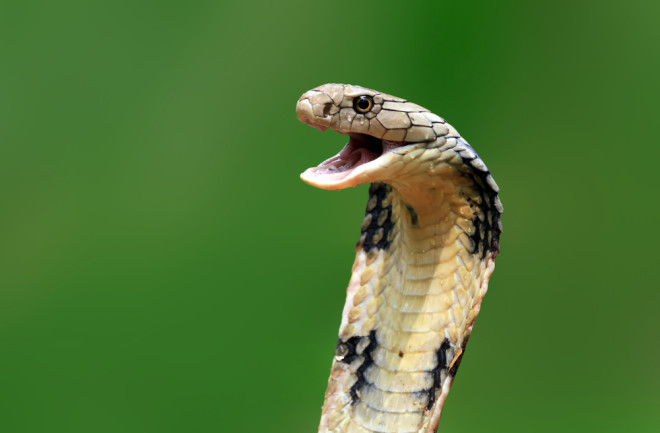 Over the last decade, over 300 exotic snake bites have been reported in the U.K., including 72  children — 13 under the age of five, according to a new study in Clinical Toxicology. This is unusual, but according to the U.K. National Poisons Information Service (NPIS), no children were severely harmed. However, nine patients had been bitten twice, and one had been bitten three times.

The data pulled from an NPIS audit indicates that between 2009 and 2020, 321 exotic snakebites were from 68 different species of exotic snakes. Only 15 patients exhibited severe symptoms, including a conservationist who had previously been bitten by an eastern green mamba and later died after being bitten by a king cobra.

With only one venomous snake native to the area — the European adder — the rise in snakebites is attributed to U.K. residents keeping snakes as pets. It's estimated that nearly one in 100 households own a pet snake in the U.K.

"The prospect of being bitten by an exotic (non-native) snake (in the U.K.) is still remote, with bites typically occurring in those keeping such snakes as part of their occupation or hobby," says lead author Pardeep Jagpal, from the NPIS (Birmingham Unit) in a press release. "Rapid access to expert clinical advice and the availability of appropriate anti-venom are important considerations when these accidents occur."

According to the press release, of the 321 exotic snakebites in 300 patients:

Of the nearly 300 patients, only 17 received anti-venom treatments.

"Our results show an overall increase in the number of exotic snakebites reported to the NPIS compared to previous figures," says co-author David Warrell in a press release.

"Most of these bites occur to fingers, hands and wrists following deliberate handling interaction by people who keep snakes as part of their occupation or hobby. While ownership of many poisonous species requires a special license in the U.K., it is recognized that some individuals may keep these snakes illegally -– meaning the true numbers of exotic snakebite injuries may be underestimated," says Warrell.