Everything Worth Knowing About The Periodic Table

Learn all about the 118 combinations of protons, neutrons and electrons that make up our world. 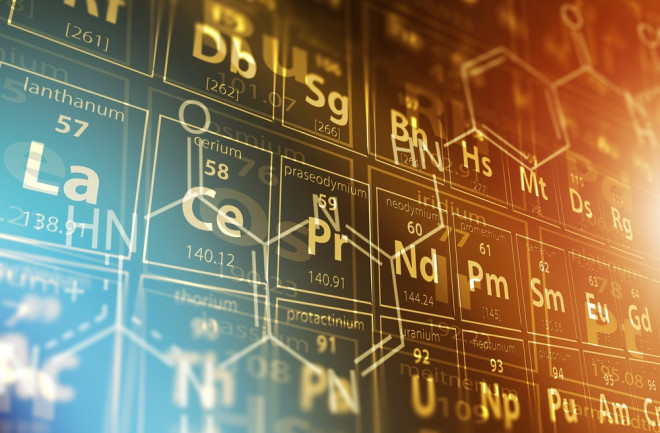 Whether hung on classroom walls, put up in dorm rooms or screen-printed on T-shirts, the periodic table of elements screams, “Science!” like no other image. And why not? At 118 members and counting, the table lists every known chemical element, the (mostly) immutable building blocks of all materials in the universe.

But it’s not just a random list of elements. The organization of the periodic table reveals an element’s behaviors and characteristics: from atomic size, density and abundance, to how it would likely interact with others.

How to Read the Table

Many periodic tables include the atomic number (number of protons) and atomic weight (which depends on protons and neutrons). Sometimes they list the full name of each element, but often only include their one- or two-letter symbol, nicknames that make complicated chemical formulas more compact. If the symbol doesn’t match the name (as in Au for gold and Na for sodium), it’s likely based on the element’s original Latin name (aurum and natrium).

Elements in the same column often share similarities, so chemists call these groups. Roughly speaking, the farther to the right a group is, the more electrons it has ready to interact with other elements. The first group, known as the alkali metals, has just one such electron, easy to lose when reacting with an element that has more electrons, such as one from the 17th group, the halogens. The noble gases, in the last column, are so named because they’re holding about all the electrons they can, so they don’t react easily with other elements — just as the noble houses of old.

Rows in the periodic table are called periods, and we currently have seven. They list the elements in order of atomic number before cutting off and continuing again in a new row, repeating established patterns of chemical properties. The tricky part in constructing the table is knowing when they cut off — or, equivalently, how many columns (groups) to include in each row.

The lanthanide and actinide series — those two rows floating by themselves, named after their first members, lanthanum and actinium — are isolated like that as a concession to limited space. They truly belong wedged in among the other elements, but the full uninterrupted table would be too unwieldy and take up too much room.

The general shape of the periodic table might look uneven, but it reflects the crazy way electrons orbit around atomic nuclei. They don’t go around in nice, neat circles, like planets around the sun; instead, electrons scatter into shapes called orbitals, which depend on how many other electrons are in the vicinity. For example, the first two columns include the sphere-shaped s orbitals, which can contain up to two electrons; the large block of columns from boron to neon groups elements with variations of dumbbell-shaped p orbitals.

The Periodic Table of the Elements

Take this opportunity to gaze upon the periodic table and see for yourself some of its hidden insights.

Scientists had long created rudimentary tables of the known elements, but 150 years ago, a Russian chemist granted the modern table its power. In 1869, Dmitri Mendeleev established what we now call the periodic law: Specific trends, such as melting point and atomic radius, recur periodically among the elements when they’re listed in order of increasing atomic weight. End a row and start a new one when that pattern starts over, and you’ll get something quite similar to the current periodic table, where columns represent shared traits.

But, crucially, Mendeleev wasn’t a huge stickler for his own rules. He left gaps in his table where he felt undiscovered elements might lie, even predicting (correctly) some of their attributes. And he would sometimes fudge the arrangement to keep like elements together, even if they were technically out of order. As it turns out, chemists learned in the early 20th century that the true order of the elements is dictated not by atomic weight, but by the number of protons in an element’s nucleus — an insight that resulted in only minute changes to the table, thanks to Mendeleev’s fudges.

By now, scientists have filled in all those gaps in the table. The latest elements were discovered only 12 years ago, and we’re currently on the hunt for even more, hoping to start a whole new row.

Who Picks the Names and Symbols of New Elements?

The discoverers do — as long as the International Union of Pure and Applied Chemistry (IUPAC) approves. The IUPAC usually suggests the name end in -ium for consistency, and past practice has been to honor places (americium and polonium), people (curium and einsteinium) and even planets (uranium and plutonium). Before an element is officially named, its placeholder name is based on the Latin names for its atomic number: oganesson, number 118, was known as ununoctium (one-one-eight-ium).

Are There Other Tables?

While the familiar rectangle is the most iconic and standard version of the periodic table, other organizational schemes exist, such as the ADOMAH table, which emphasizes electron shapes, and Otto Theodor Benfey’s spiral table, which is more compact and continuous.