Everything Worth Knowing About ... Moons of Our Solar System

There are more than you think. 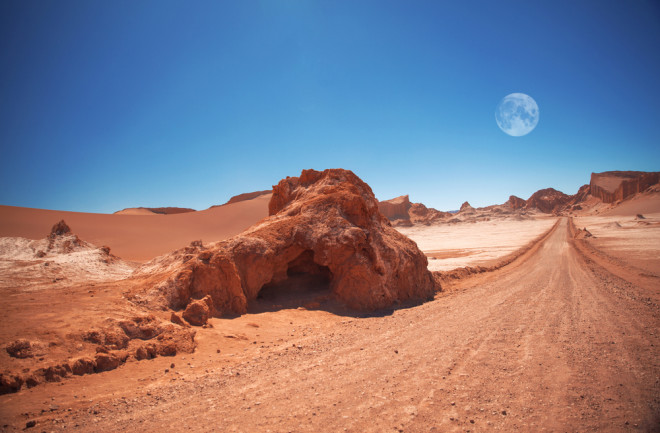 Each of the solar system’s 178 moons tells a story. Whether they started as planetary twins or as wayward rocks captured by a planet’s gravity, these natural satellites can be as geologically active, weather-beaten or just plain weird as any planet. Here are a few.

Scientists only recently learned that our moon is mostly made of the same basic material as Earth, likely a result of its troubled birth. As our planet was forming, astronomers think it collided with a Mars-sized body they’ve named Theia. The two crashed so spectacularly that the resulting debris had significant chunks of both bodies. This, plus the fact that Earth and Theia were close enough in composition to begin with, meant that when the debris coalesced and formed the moon, it had a lot in common with Earth’s surface.

Over the years, the moon became tidally locked with Earth, so the same side always faces our planet. This means there isn’t a dark side of the moon, since the sun shines on both hemispheres equally. But there is a far side. The two sides are remarkably different: The near side sports several maria — dark plains of cooled lava — while the far side is devoid of them, and appears relatively uniform. Scientists still aren’t certain why, but if the tidal lock happened soon enough after the collision with Theia, the young Earth’s heat could have triggered the volcanic eruptions that caused the maria — but only on the moon’s near side.

It’s hard to get a good sense of scale with the moon, but consider this: It’s far enough away that every other planet (and Pluto!) could fit between it and Earth. And it’s the largest moon relative to its planet in the solar system, exactly the right size to perfectly cover the sun in the sky during an eclipse — an amazing cosmic coincidence.

The four Galilean moons, the first objects known to orbit another planet, are named for Galileo Galilei, who is credited with discovering them in 1610. Io, the large moon closest to Jupiter, is the solar system’s most volcanically active world. Second out, Europa likely hides a global ocean beneath its icy, cracked crust. Ganymede’s claim to fame is easy: It’s the largest of all moons and outsizes even Mercury. Callisto is the solar system’s third-largest satellite, and might have a subsurface ocean of its own.

Enceladus: Like Europa, smaller Enceladus probably sports an underground global ocean. Uniquely, though, it also features regular eruptions of briny water from curtain-like geysers near its south pole. Scientists have seen signs of hydrothermal activity on the moon — and since warm water is one of the few requirements for life as we know it, this makes Enceladus one of our best bets for finding extraterrestrials.

Mimas: That’s no space station, it’s a moon! Tiny Mimas is the smallest known body with enough mass to mold it into a rough sphere. It might resemble the Death Star, but the round feature is Herschel, a crater 81 miles across.

Iapetus: Iapetus is the solar system’s yin-yang symbol. Its two faces differ strikingly in color, likely the result of thermal segregation: Over time, darker materials (like carbon) have absorbed more heat from the sun, warming up and sending lighter, more volatile materials (like ice) to the colder hemisphere.

Titan: A thick orange haze shrouds Titan (pictured in infrared), the solar system’s second-largest satellite. It’s so frigid that water exists only as rock-hard ice. Yet its “methane cycle” of surface condensation and precipitation parallels Earth’s water cycle to a surprising degree. With the Huygens probe touchdown in 2005, Titan became the most distant body we’ve landed on.

Titania: Like most of Uranus’ moons, Titania is named after a Shakespeare character. And yes, this is a color photograph — most of the Uranian moons share a neutral gray color.

Triton: Triton is the only large moon with a retrograde orbit, circling its planet in the opposite direction of the planet’s rotation. It’s an oddity that suggests Triton originated in the Kuiper Belt, that vast swath of comets and tiny worlds beyond the planets, before wandering too close to Neptune and getting snared by its gravity. It’s also the only world known to possess “cantaloupe terrain,” a pattern of bumpy surface features thought to be caused by complex tectonic forces.

When the New Horizons probe flew past Pluto’s largest moon last year, it gave scientists the best view of Charon they’ll have for decades. Rather than the sedentary world researchers had imagined, Charon has a rich geologic history including mountains, landslides and canyons — one stretches four times longer and up to twice as deep as the Grand Canyon. A dark region near its north pole, dubbed Mordor, might be the result of gases from Pluto’s atmosphere condensing on the moon’s surface.

Charon spans about half of Pluto’s diameter and has an eighth of the dwarf planet’s mass, resulting in a lopsided double orbit; Charon goes around Pluto, but the two also orbit a point in space known as a barycenter. Because of this, some astronomers consider both bodies dwarf planets. But the International Astronomical Union, which rules in such matters (it officially demoted Pluto to dwarf planet in 2006) considers Charon a moon. Pluto’s other four moons orbit the same barycenter.

Officially, the moon is named after the mythological ferryman, but it also honors discoverer James Christy’s wife, Charlene. This has led to some disagreement over its pronunciation, but many American scientists favor Christy’s choice: “SHAHR-on.”

[This article originally appeared in print as "Moons of Our Solar System."]