Everything Worth Knowing About ... Asteroids

World killers. Life builders. And they could be worth trillions. 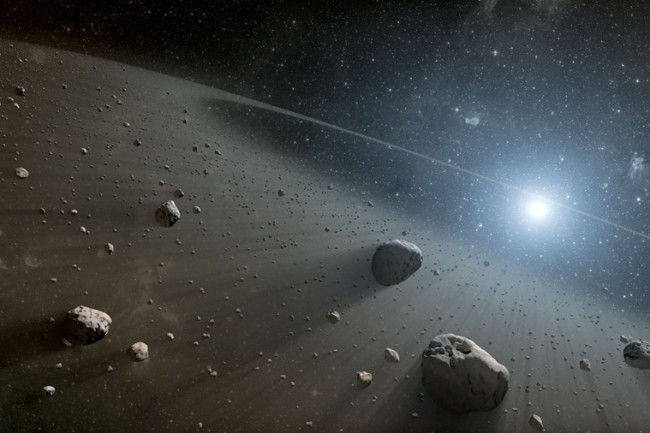 Our early solar system was a wild place. Dust grains grew into pebbles, and pebbles became world-building planetesimals. These rocks spun around and bumped into each other in a chaotic dance that left a trail of debris in its wake. The remnants of these festivities remain strewn about our cosmic backyard. Many rocky and metallic bodies now orbit in what’s called the Main Asteroid Belt, between Mars and Jupiter.

More than just leftovers, asteroids offer clues to the earliest days of our solar system, as well as the promise of valuable minerals and precious resources.

Assuming they don’t kill us first.

As the successor to the first asteroid sample-return mission, Japan’s Hayabusa2 hopes to make an even bigger impact — literally. It will ram open a crater to gather subsurface materials. 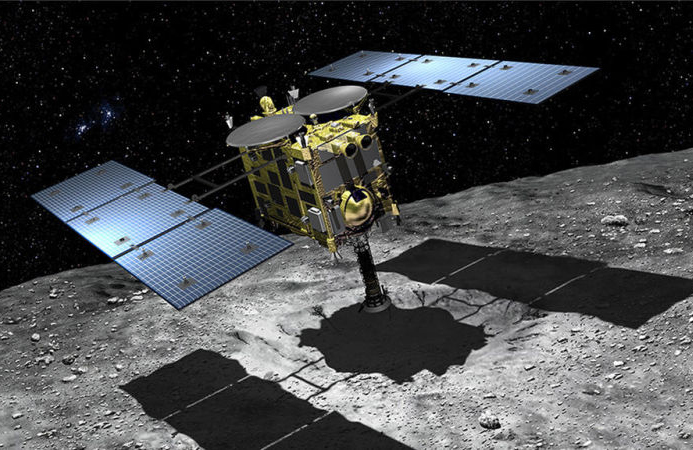 The key to protection is detection. A recent U.S. government report proposed seven steps for an asteroid survival plan. The most important: Work together and find them fast. Future projects, like the Large Synoptic Survey Telescope and NASA’s NEOCam, will scan the sky for incoming threats.

Launched in 2016, the NASA mission will map asteroid Bennu and even bring back a piece. 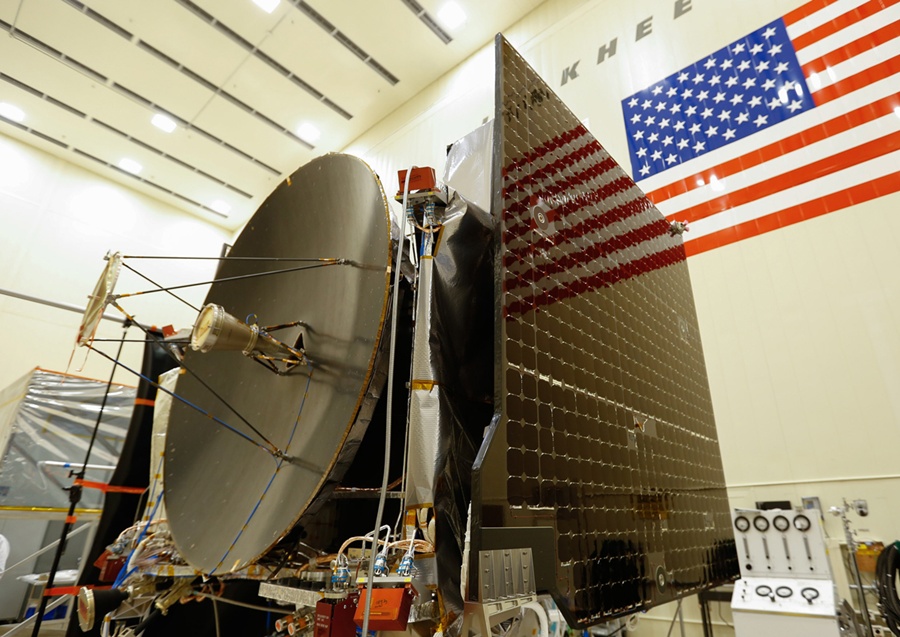 We’ve found more than 15,000 near-Earth objects (NEOs) — comets and asteroids — but there could be hundreds of thousands more out there. And they are indeed near: About 50 passed between Earth and the moon last year.

Estimated to be worth billions or even trillions, the asteroid rush has already begun. Two U.S. companies, Deep Space Industries and Planetary Resources, already have prototype mining probes. The companies’ goal: bring an asteroid close enough to collect rare-earth metals and water for future missions. 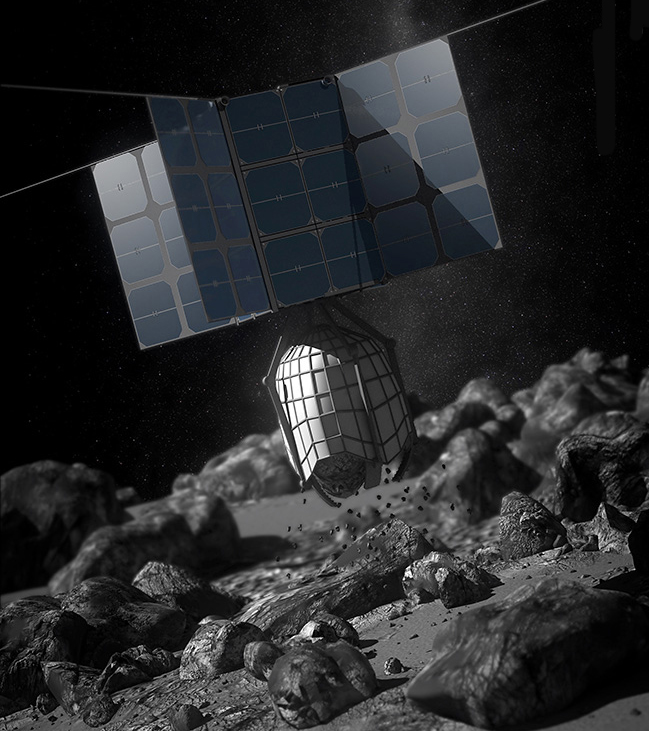 Two separate groups of asteroids, known as the Trojans, are ensnared by Jupiter’s gravity. Their numbers could rival that of the Main Belt asteroids.

NASA’s Lucy spacecraft is set to swing by six of Jupiter’s Trojans beginning around 2025 to get an up-close view of this still-mysterious group of ancient asteroids.

Chill out, Han Solo. Although the Main Belt is populated by millions of asteroids, the odds of hitting one are tiny. They’re separated by at least twice the Earth-moon distance on average.

NASA’s Dawn spacecraft recently brought the largest asteroid into view. It’s an active world with evidence of ice volcanoes and an ancient ocean. 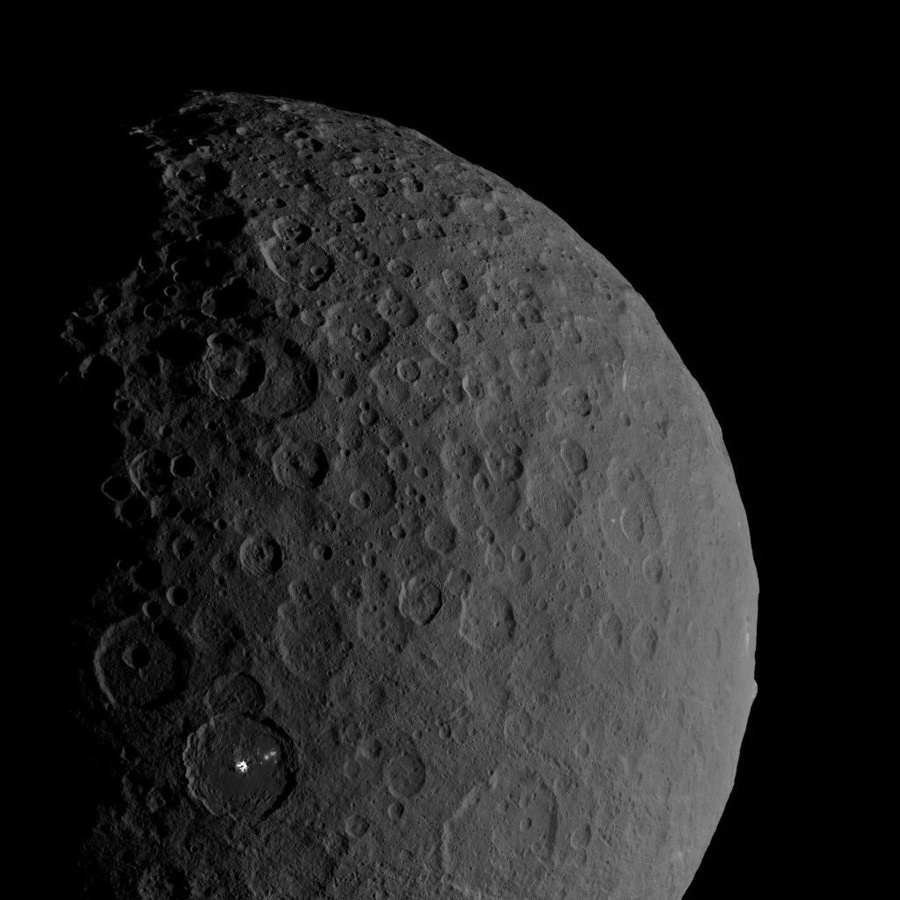 Scientists think the all-metal asteroid Psyche was once the core of a protoplanet. A NASA mission of the same name will visit the 150-mile-wide nickel-iron body in 2030 to find out. 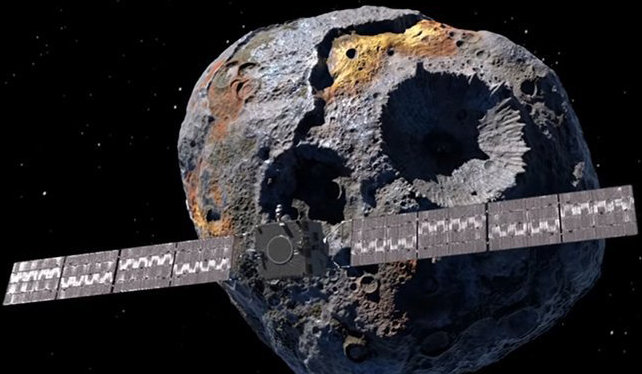 Life might have a cosmic origin. We know some precursor molecules came to Earth from space because amino acids are found in meteorites — fallen space rocks. But some scientists believe life might have started on Mars and traveled to Earth after impacts.

Silicate and metal asteroids are somewhat uncommon space rocks — most others are mainly carbon. But rare metals, a tiny slice of the compositions below, make them lucrative mining targets. 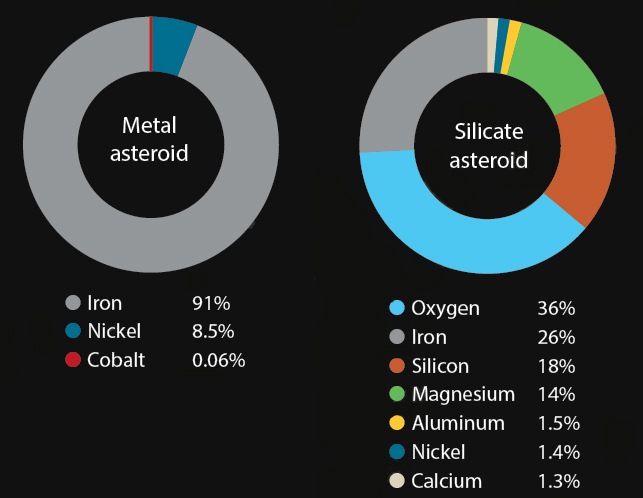 Silicate and metal asteroids are somewhat uncommon space rocks — most others are mainly carbon. But rare metals, a tiny slice of the compositions below, make them lucrative mining targets. (Credit: NASA)