Even Einstein Doubted His Own Gravitational Waves 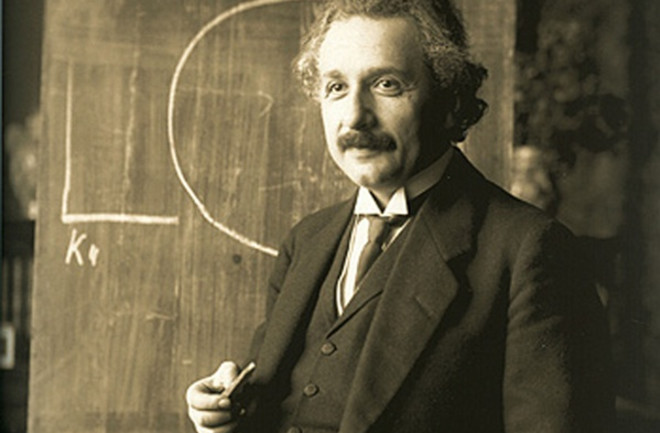 (Credit: Wikimedia Commons) Even before LIGO published its fifth detection this week, most modern scientists had already accepted gravitational waves as an observable manifestation of Einstein’s general relativity. But that hasn't always been the case. As recently as the 1970s, scientists weren’t sure gravitational waves were strong enough to detect. Other theorists rejected their existence outright.

Interestingly, Einstein himself was a prominent doubter. In 1936, twenty years after he introduced the concept, the great physicist took another look at his math and came to a surprising conclusion. “Together with a young collaborator, I arrived at the interesting result that gravitational waves do not exist, though they had been assumed a certainty to the first approximation,” he wrote in a letter to his friend Max Born. Einstein submitted his change of heart in a paper to the Physical Review Letters titled “Do gravitational waves exist?” The reviewer soon poked holes in the math, showing how Einstein’s coordinate system lacked imagination when dealing with pesky singularities. PRL sent the paper back requesting revisions. That incensed Einstein, who had never experienced peer-review before, according to an investigative piece in Physics Today back in 2005. Einstein told PRL that he hadn’t authorized them “to show it to specialists before it is printed.” He would never publish a scholarly work in the journal again. He took his paper instead to the Journal of the Franklin Institute in Philadelphia, a lesser-known science publication. But when it did ultimately appear in print, Einstein’s conclusion was completely different. Physics Today managed to piece together the real story from archival documents, showing that the anonymous PRL reviewer, prominent physicist Howard Percy Robertson, had eventually befriended Einstein’s young coauthor Leopold Infeld and walked him through the math errors in their paper. However, Robertson never mentioned his role as reviewer.

Einstein, the king of reference frames, had failed to realize he could simply change coordinate systems and isolate the unwanted singularities. When Einstein’s apprentice brought the revised math to his attention, he reportedly claimed he had found an error himself the previous night. The paper soon appeared under the revised title "On gravitational waves." Despite his reluctance to accept his faulty findings, Einstein didn’t view his work as beyond reproach. Infeld would eventually recount telling the famous physicist that he was extra careful when they worked together because Einstein’s name would appear on it. “You don’t need to be so careful about this,” Einstein said. “There are incorrect papers under my name too.” As LIGO’s own PRL paper confirmed last year, Einstein’s 1916 gravitational waves paper was not one of them.

[This article originally appeared on Astronomy.com on February 11, 2016.]