Comet 67P was thoroughly explored over two years. Now, astronomers are hunting an even fresher catch. 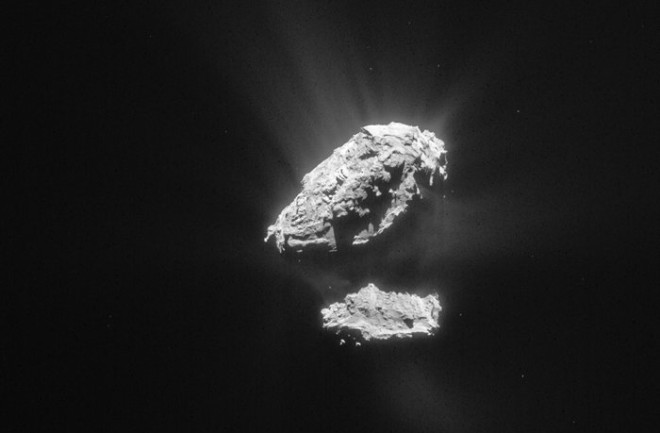 The European Space Agency has selected a new mission that aims to investigate a wholly pristine comet, or one that has never visited the sun.

The mission, led by ESA, will also include cooperation from the Japanese Aerospace Exploration Agency and NASA. ESA plans to launch the mission in 2028, along with another, previously announced mission.

Space agencies have investigated comets before, from NASA’s 1999 Stardust mission to ESA’s Rosetta mission, which orbited Comet 67P/Churyumov-Gerasimenko from 2014 until 2016. Comets are highly prized as relics of the early solar system. By spending most of their time far from the sun’s heat and radiation, and by avoiding being assimilated into a planet’s bulk, these balls of rock and ice represent the original building blocks of the solar system.

But all of the comets humans have studied so far have ventured near the sun on their long, stretched-out orbits. That means that even if they’re primitive compared to planetary material and the weathered asteroids of the middle and inner solar system, they’ve still been altered over the eons by the sun’s rays.

However, there are comets that have spent the whole of the solar system’s history on its fringes, and are still waiting for a close pass of Jupiter or some other object to brush their orbit and send them careening in toward the sun for their first visit. These objects would truly tell astronomers what the chemistry of the solar system’s first building blocks were, and therefore what materials existed, and in what quantities, to build the planets and objects we see today.

But because comets are relatively small, faint objects, scientists don’t usually spot them until they’re only months or weeks away from the sun, when they come closer to Earth and start to get heated by sunlight. By that point, it’s too late to plan and launch a mission to go meet one of these objects.

So ESA’s idea is to launch a mission ahead of time. The spacecraft will fly to a stable orbital point between the Sun and Earth, known as Lagrange point L2, nearly 100,000 miles away. There, it can sit patiently until researchers find a suitable object.

Comet Interceptor is envisioned as one mission made of three individual spacecraft. One will serve as a communications hub, while the other two can act as dual explorers, reconnoitering the comet from multiple vantage points. They will carry multiple cameras and instruments to image the comet’s surface, measure the dust and gas around it and study how it interacts with the sun’s magnetic fields and solar weather.

The mission is relatively small, costing only a little over $150 million. ESA plans to launch Comet Interceptor in 2028, hitching a ride with another mission called ARIEL (Atmospheric Remote-sensing Exoplanet Large-survey). But the spacecraft’s true mission timeline will depend on when the right target makes its appearance in the inner solar system, after spending billions of years hiding on its outskirts.