Earliest Gibbon Fossils Fill in the Gaps of Primate Evolution

The fossilized cranial fragments and teeth from China could explain the evolutionary history of monkeys and apes. 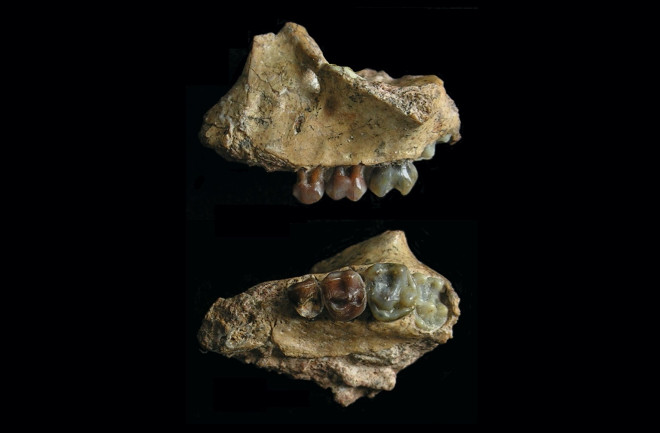 In spite of years and years of sifting through the soil for fossil primates, scientists still struggle to explain the complex evolutionary connections that tie monkeys, such as macaques and baboons, to the much more advanced great apes.

But a new study in the Journal of Human Evolution states that a team of scientists found the oldest fossilized gibbon specimens at a site in southwestern China. According to the team, these 7-to-8-million-year-old findings could play an important part in piecing together the evolutionary past of the primates.

The hylobatids are a family of lesser apes that features the 20-or-so surviving species of gibbon. These arboreal apes are spread throughout the forests of tropical Asia and famous for their ability to swing between tree branches. Scientists also believe they are an important intermediary bridge between monkeys and great apes, a group including gorillas and chimpanzees.

The only issue is that the specifics of this intermediary role remain stuck in the shadows, since scientists have unearthed relatively few ancient specimens of fossil hylobatid.

"Hylobatids fossil remains are very rare, and most specimens are isolated teeth and fragmentary jaw bones found in cave sites in southern China and southeast Asia dating back no more than 2 million years ago," says Terry Harrison, one of the authors of the study and a professor of anthropology at New York University, according to a press release. "This new find extends the fossil record of hylobatids back to 7 to 8 million years ago and, more specifically, enhances our understanding of the evolution of this family of apes."

Excavated from the Yuanmou area of Yunnan Province in China, the new fossils predate all previous hylobatid finds and include fragments of the cranium and the teeth of an infant from a previously identified species known as Yuanmoupithecus xiaoyuan. Analyzing the size and shape of these specimens, the team found that Y. xiaoyuan appeared strikingly similar to today’s species of gibbons, and weighed similarly, too, at approximately 13 pounds.

"The Yuanmou fossil ape is indeed a close relative of the living hylobatids," Harrison says, according to a press release. "The teeth and the lower face of Yuanmoupithecus are very similar to those of modern-day gibbons, but in a few features the fossil species was more primitive," a fact that suggests that this species was an ancestor of all modern gibbons.

According to the researchers, though these fossils help explain some of the evolutionary history of primates, they cannot clarify everything.

"Genetic studies indicate that the hylobatids diverged from the lineage leading to the great apes and humans about 17 to 22 million years ago, so there is still a 10-million-year gap in the fossil record that needs to be filled," Harrison says, according to a press release. "With continued exploration of promising fossil sites in China and elsewhere in Asia, it is hoped that additional discoveries will help fill these critical gaps in the evolutionary history of hylobatids."