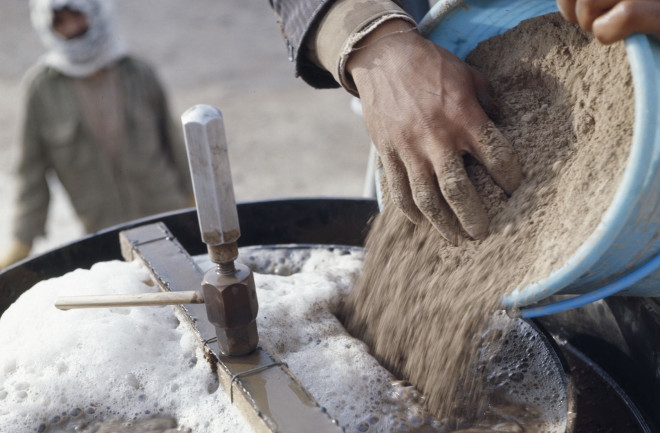 Whenever we imagine the transition of our ancient ancestors from foraging to farming, we typically start with the seeds. In fact, the traditional theory says the first cultivation of crops kept people to the terrain of the Fertile Crescent thousands of years prior to the first attempts at the cultivation of animals.

And yet, a new paper published in PLOS ONE challenges the theory that crop cultivation came first and animal cultivation came second. The paper proposes that the ancient foragers at the Abu Hureyra archaeological site in Syria started tending to animals approximately 12,800 to 12,300 years ago, at around the same time that they picked up their plows.

Which Came First, the Crop or the Calf?

Ancient people occupied the archaeological site of Abu Hureyra for thousands of years, all throughout their transition from foraging for food to farming. And though archaeologists have sifted through the soil at the site for years, there’s still a lot to learn about this transition. For instance, scientists still struggle to know what the first forms of crop and animal agriculture actually looked like and when they actually arose.

Now, a team of archaeologists analyzed tiny crystals contained in ancient animal dung found at the site. They found that the people of Abu Hureyra raised a small number of animals, potentially sheep, all throughout their settlement at around the same time that they started cultivating cereal. The finding pushes back the proposed development of animal domestication by many years.

"We were surprised when we realized that hunter-gatherers were bringing live animals to Abu Hureyra between 12,800 and 12,300 years ago," the archaeologists state in a press release. "This is almost 2,000 years earlier than what we have seen elsewhere."

According to the archaeologists, the results undermine the traditional theories and strengthen a budding new notion. People began to develop their planting practices during or potentially after devising the first forms of animal agriculture.

The Details in the Dung

A surprising, but strong avenue, the waste from Abu Hureyra helped researchers study interactions between people and animals. It allowed the team to pinpoint the first appearance of animals at the site, as well as the shifts in their management as time passed.

Basically, the team dated and sifted through soil samples for dung spherulites — the tiny, crystalized clumps of calcium carbonate common in the waste of animals such as sheep and cows. And they ascertained that the people at Abu Hureyra tended to animals immediately outside of their dwellings, as many as 12,800 years ago.

"Until recently, it has been hard to find a method that would allow archaeologists to examine the very earliest experiments with animal tending prior to fully fledged animal domestication and herding," the archaeologists state in a press release. "It is really exciting to see that remnants of animal dung can help us track the differing ways that people interacted with animals early on."

According to the team, declines in the levels of dung spherulites found in later layers of sediment suggest that these sheep ambled away from the site several thousand years after their first appearance. This potentially indicates the start of more substantial animal farming farther away from the settlement around 9,300 to 8,000 years ago.

Ultimately, the archaeologists intend to continue investigating the presence of animals at Abu Hureyra, as well as at several sites nearby. This will reveal whether these strategies for tending to animals were widespread.