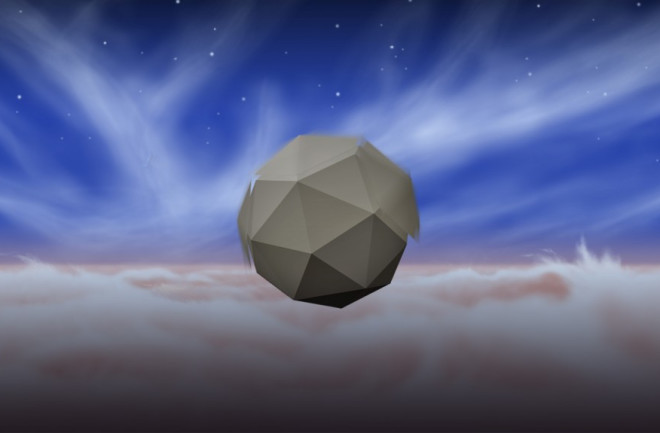 An artist's rendering of a theoretical windbot. The potential new class of robots could someday explore gas giants like Jupiter and Saturn. (Credit: NASA) Cosmic landers are the go-to technology to get an intimate, on-the-ground look at foreign worlds. But is it possible to similarly explore gassy planets with nowhere to land, such as Jupiter and Saturn? Engineers at NASA believe the answer to that question is yes, but it’ll likely require an entirely new class of spacecraft to get the job done. That’s why the space agency has begun studying the feasibility of creating windbots: theoretical robotic probes designed to float in a planet’s atmosphere without the need for wings or balloons.

Our most intimate encounter with a gas giant came in 1995 when the Galileo spacecraft dropped a parachute probe into Jupiter’s stormy atmosphere. The probe lasted about an hour before it was destroyed by the heat and pressure of Jupiter’s atmosphere. In order to study such planets for an extended period of time, engineers will need to think out of the box. That's why NASA recently funneled $100,000 to scientists who are exploring the windbot concept. Their task: to determine whether windbots are just an interesting idea, or if they could actually be built someday. And the study is taking inspiration from a similar design in nature. "A dandelion seed is great at staying airborne. It rotates as it falls, creating lift, which allows it to stay afloat for long time, carried by the wind. We'll be exploring this effect on windbot designs," said Adrian Stoica, principal investigator for the windbots study, in a statement Wednesday. Windbot development is still very much in its infancy, but, according to NASA, it looks like these cloud surfers would monitor the stormy weather patterns that are a primary characteristic of gas giants. It's possible that a team of networked windbots could monitor weather at different locations simultaneously, if they ultimately end up being affordable enough.

To keep a windbot airborne for a long time, it’ll somehow need to harvest energy while on the clock. The best bet, according to Stoica and his team, might be to harvest energy from wind turbulence. The probe could generate energy from being tossed about in the atmosphere, much like automatic watches that are wound through the wearer’s movement. And there’s a lot of turbulence on Jupiter: Winds in the planet’s atmosphere travel at speeds of more than 400 miles per hour. Right now, designs for a windbot are all over the map. NASA released a rendering of a windbot that’s shaped like a polyhedron with sections that spin to absorb energy and create lift. There’s no telling what a final design concept might look like, or if it’s even possible. But if a windbot ever makes it to Jupiter, you can bet NASA researchers and engineers will be floating on cloud nine.