Don't Give Up on Finding Your Doppelgänger

Does everyone have a lookalike? Science and statistics say ... maybe? 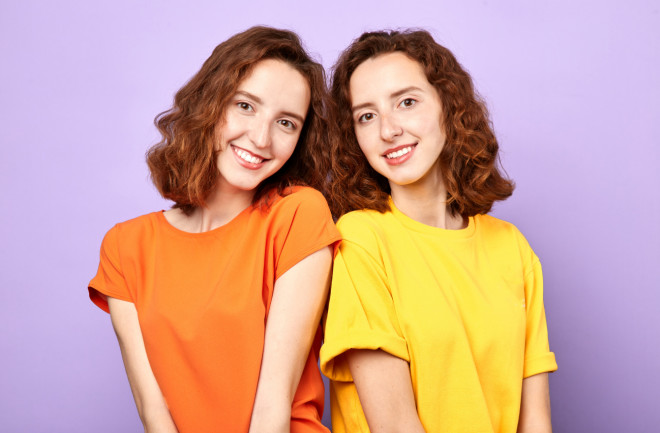 Being in two places at once is tricky if you aren’t an electron. But people seem to manage it. Like most of us, I’ve had friends ask me what I was doing at such-and-such place the other day — only to become a little confused when I explain I wasn’t there at all.

This is the work of a doppelgänger. The product of folklore, formerly an image of death, has become fodder for movies and literature; Jordan Peele’s Us comes to mind. But beyond the idea of an evil twin, most people understand the doppelgänger as being a stranger who looks so similar to you that others mistake them for you, or vice versa.

It’s been said that each of us has seven lookalikes out there, but how common are they really? Mathematicians and geneticists alike find the question difficult to answer.

Knowing One When You See One

The first problem is that there’s no strict definition of a doppelgänger. As mathematician David Aldous, formerly of Berkeley, explains, to even attempt a quantitative calculation of whether everyone has a doppelgänger requires two things — a precise definition and real data — “and neither is easy to do.”

Assuming a rough definition, say, that a doppelgänger is someone apparently similar to another person whom they’re not directly related to, there’s basically two ways to tackle this problem. The first is with some basic probability: Of all the people alive today, how many of them have a doppelgänger?

Well, if Twin Strangers, a website that promises to find your doppelgänger using facial recognition software, is anything to go by, there are at least 9 million doppelgängers in the world. Given that there’s about 8 billion people on the earth, that’s a roughly 0.11 percent chance of any given person having a “twin stranger.” Or, in other words, for any group of 10,000 people, about 11 of them should have a doppelgänger.

But while there are about 8 billion people alive today, that by no means represents the sum total of humanity. By some estimates, as many as 100 billion people have walked on Earth. The dead far outnumber the living. Consider as well that more humans will come after us (fingers crossed). Even if population growth were to flatline today, assuming each human gets replaced at least every two generations, that’s a different 8 billion people every 40 years — or 2 billion every decade.

In truth, there may not be anyone walking around with your face today. But perhaps there was, once, in the past. Perhaps there will be in the future. A friend of mine has a painting hung in his basement; it’s an excellent likeness, and I told him so the first time I saw it. But he explained that it wasn’t a self-portrait: It depicted a painter from the 16th century. Could that painter have guessed that, 500 years later, a veritable clone of his would be walking around wearing his face?

While a more refined approach, facial recognition software could potentially home in on the number of doppelgängers that are around now, but it can’t tell us about future facial clones. To know that, we need to know how many faces are possible.

How Many Faces Can Nature Cook Up?

There have been other attempts, like this one by Australian researchers in 2015, which put the odds of you having a living doppelgänger at less than one-in-a-trillion, though Aldous says how they came to that number is “quite dubious.” The study looked for exact doppelgängers, more similar to one another than identical twins. Humans simply don’t recognize each other like that.

The human face is made up of several attributes — the nose, eyes, eyebrows, jaw, cheekbones and so on — that are measurable and governed by genes. While the number of possible human faces is perhaps a theoretically knowable figure, the simple fact is that nobody today has any idea what that number might be, geneticist Walter Bodmer explains. (Although it’s not for lack of trying.)

While it’s impossible to say for now, that may not always be the case. In The Human Inheritance: Genes, Language, and Evolution, a collection of essays published in 2000, Bodmer says one of his research goals was to recreate a face from DNA. And there’s work currently being done to recreate the faces of our long-extinct cousins, the Denisovans.

Read More: Who Were the Denisovans?

For one thing, facial features are considered to be highly heritable. And research also suggests that there are relatively few genetic variants associated with the shape of the face, “or features wouldn’t be as heritable as they are,” Bodmer says. “If you found enough [genetic variants] to explain the genetics of every face, that would be your objective measure of the variations.”

The geneticist adds that the more of these genetic variants that people share, the more similar their facial features will look. But he isn't too impressed with the idea of complete lookalikes: "I think to turn it into a mystique of doppelgängers is a mistake, and I don’t think we have the data to tell us,” Bodmer says. "Every picture I’ve seen, I could tell the difference between them." Doppelgängers, pretty much as a rule, only catch people at first glance.

So, do you have a doppelgänger out there now? Is there one lurking in your past, or waiting for you in the future? “Probably everyone has one, at a glance,” Aldous says. “The fact that you see it happening to other people means you know it’ll happen to you. At first glance, I’m sure that happens to everybody.”